Citing ‘Ongoing’ Probe, Feds Say They Don’t Want to Return Electronic Devices and Data to Project Veritas: ‘These Materials Will Have Evidentiary Value’ 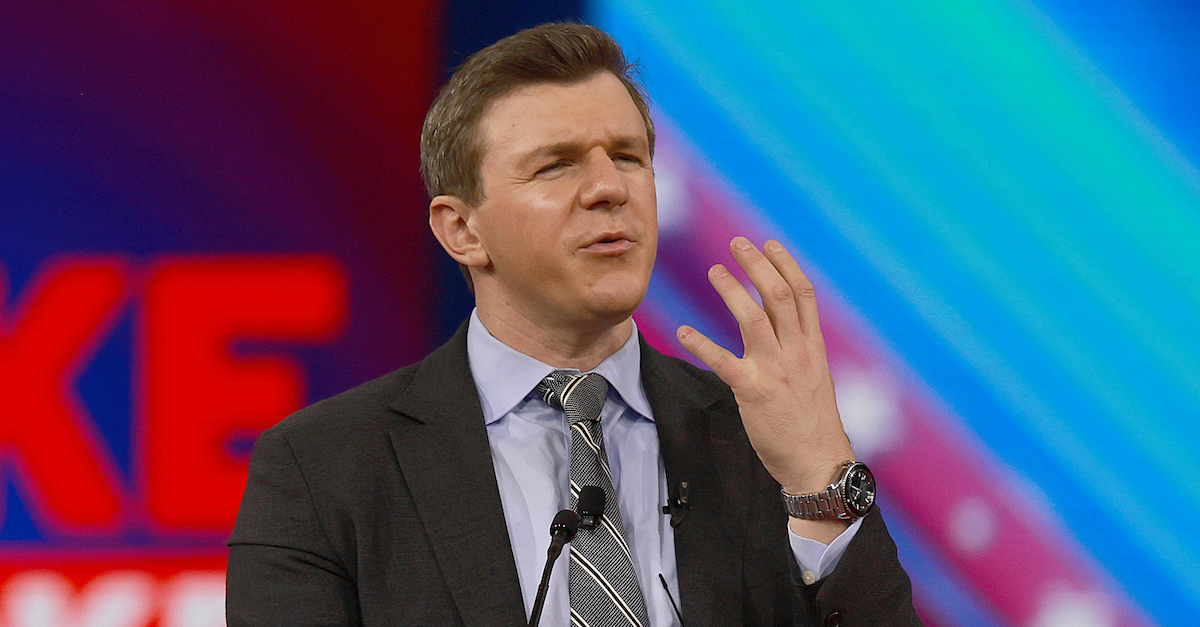 After asserting the need for an “ongoing” investigation, federal prosecutors on Friday resisted efforts by James O’Keefe, the founder of Project Veritas, to seek the return of electronic devices and data seized by the FBI from premises occupied by himself and several of his associates.  Though lawyers for O’Keefe, his associates, and Project Veritas have argued that the government’s actions violate the First Amendment, federal prosecutors retorted that the First Amendment does not protect Project Veritas or its people at this stage in the proceedings.

Lawyers attached to O’Keefe and Project Veritas moved for the return of the devices and data back on March 30, 2022.

“The government opposes Project Veritas’ journalism,” those lawyers wrote while seeking the return of the materials and concomitantly vilifying the federal probe as little more than a political vendetta. “Predicating its investigation of Project Veritas and its journalists on the alleged ‘theft’ of an abandoned diary belonging to Ashley Biden, then-presidential candidate Joe Biden’s 40-year-old daughter, the government has launched an attack on the free press.”

The March 30 request for the return of the materials referenced the so-called “low-level theft” of Ashley Biden’s diary as a bizarre focus for a federal probe and accused the government of using “Mafia-busting tactics to investigate what is, under the Supreme Court precedent applicable to newsgathering, a non-crime.”

To that end, the Project Veritas filing leans heavily on Bartnicki v. Vopper, a 2001 U.S. Supreme Court case which in essence says journalists can publish material stolen by others.

From the Veritas filing at length:

The sources who lawfully provided the abandoned diary to Project Veritas always represented that it was found abandoned in a house that Ashley Biden occupied temporarily. The First Amendment protects journalists who receive materials from sources even if those materials were stolen. Under the guise of investigating this non-crime, the government violated federal law in an unprecedented use of search warrants to seize newsgathering work product, other documentary materials, and extensive personal data from journalists James O’Keefe, Spencer Meads and Eric Cochran (“the PV Warrants”). This is no mere technicality—of the forty-seven electronic devices seized in pre-dawn raids on the homes of Project Veritas journalists, only six have been found to contain data responsive to the PV Warrants, and that data represents a fraction of the other privileged and personal information stored in those devices.

The March 30 document continued as follows:

This all-out assault on a news media organization should alarm all who believe in the First Amendment and the value of a free press. Project Veritas received the abandoned diary and other belongings lawfully, and its newsgathering work—the diary contained information that, if true, would be newsworthy and of public concern by any reasonable measure given that the subject of that information was then campaigning for the country’s highest office—was legitimate, ethical, and careful. Most fundamentally, this newsgathering is protected by the First Amendment as interpreted by Bartnicki v. Vopper, 532 U.S. 514 (2001). At this juncture, the Rules of Criminal Procedure empower the Court to protect the First Amendment and curb the government’s abuses.

The government moved Friday to oppose the requests by Project Veritas’s lawyers to seek the return of the material.  Prosecutors leaned heavily on the findings of a federal magistrate judge — a magistrate who the feds say “found probable cause to believe that the subject premises and the devices therein contained evidence of federal crimes, including conspiracy to transport stolen property across state lines and interstate transportation of stolen property.”

Those same prosectors continued by referencing a “Special Master” — a retired federal judge who is helping parse through the information received from a neutral perspective:

There can be no dispute that the Government’s investigation is ongoing, that these materials include evidence relevant to that investigation, and that, if a prosecution results from the investigation, these materials will have evidentiary value. Consisting of equal parts rhetoric, speculation, and inaccurate factual assertions, the motion is little more than a misguided attempt to end-run the Special Master process that this Court put in place and prematurely litigate the merits of the Government’s prior investigative steps. It should be denied.

The feds also said O’Keefe and Project Veritas have no legal right to assert First Amendment privileges at this stage of the proceeding.  Those privileges, the government asserted, “would only be triggered, if at all, by the filing of an indictment charging them in connection with the investigation, and not before.”

Here, these DOJ prosecutors and FBI agents are hiding facts, ignoring law, and basically making stuff up.  The FBI has proven that it is now little more than a domestic intelligence gathering service bent on undermining the First Amendment and a Free Press.  The FBI is using the legal system to harass a media company and its journalists who are critical of the current administration and to collect ‘evidence’ of a non-crime in order to amass a secret file on American journalists.  J. Edgar Hoover would be proud.

James O’Keefe and Project Veritas will continue to expose the DOJ’s mendacious attack on the first amendment and a free press.  Project Veritas is grateful for the support of principled organization like the ACLU and Reporter’s Committee for Freedom of the Press, which understand the significance of stopping and exposing the lawlessness of the DOJ and FBI’s actions.

As Law&Crime has previously reported in detail, the raids of the premises occupied by O’Keefe and his associates were part of an attempt by the DOJ to ascertain whether Project Veritas or its associates engaged in criminal conduct when they received what has been purported to be copies of a diary allegedly written by Ashley Biden, the president’s daughter. The well-trodden back story has been recapped by this website previously.

No charges of wrongdoing have been officially lodged against O’Keefe, his associates, or Project Veritas as of this date, and those parties vehemently deny that they did anything illegal in connection with the escapade. Rather, those associated with the right-leaning organization say they merely agreed to be the recipients of the alleged diary.

The March 30th Project Veritas motion and the government’s reply are both embedded below: