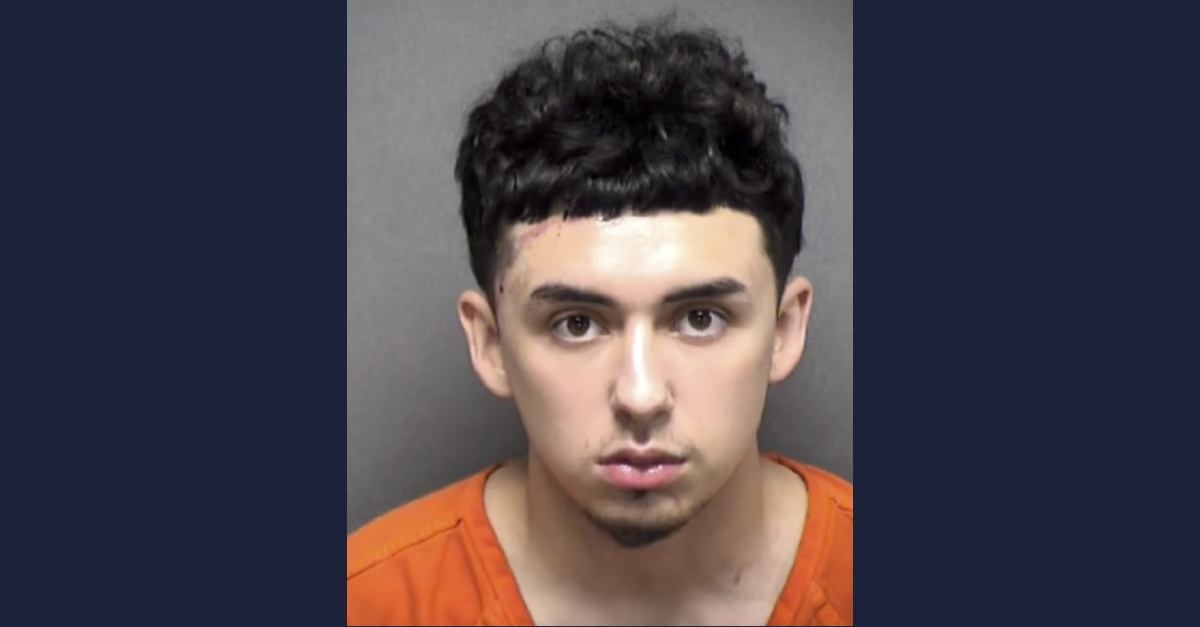 A Texas man was recently sentenced to just shy of two decades in prison for shooting and killing his stepfather in March 2021.

On Friday, Bexar County jurors found Jarren Diego Garcia, 20, guilty of murder and sentenced him to an 18-year-long term of incarceration. He must spend at least half of his sentence behind bars before he is eligible for parole, according to the San Antonio Express-News.

The violence occurred during the early morning hours of March 5, 2021, in a neighborhood on San Antonio’s South Side.

The shooting took the life of 49-year-old Mark Ramos. The defendant was 19 years old at the time of the incident, according to a police report cited by San Antonio-based ABC affiliate KSAT. When arrested, Garcia said he intervened in an argument between his mother and the deceased – wherein Ramos was allegedly threatening his wife, Bertha Garcia, the defendant’s mother – resulting in a physical altercation.

Garcia cooperated with law enforcement during his initial arrest and consistently maintained the incident was a matter of self-defense.

During trial, two versions of the story were told.

According to a KSAT report of opening statements, prosecutors said Ramos and Bertha Garcia were arguing, and the woman’s sons heard the commotion, ultimately seeing the man pour a beer on his wife.

The Express-News vividly captures that domestic abuse incident and its immediate aftermath in their own courtroom report:

As Garcia closed her eyes to keep the beer out, her son, whom she calls Diego, and another son, then 14, confronted her husband, their stepfather.

Moments later, Garcia said, Ramos grabbed a portable speaker and threw it at Jarren. As the fight intensified, she began begging the men to stop.

Bertha Garcia testified that she got in front of her son, begging him to stop, and hit him a few times to try and defuse the situation.

“I’m telling him not to (shoot), it’s not worth it,” she said, according to the Express-News report. She went on to say her husband and older son kept “trash talking, and before I knew it, he shot. He shot over me.”

“He did not have to die,” she added later, through tears.

The now 16-year-old younger Garcia brother also testified, saying he intervened in the fight because Ramos had keys in between his fingers and was at one point, “trying to stab” the two siblings.

Prosecutors would eventually come to question aspects of the testimony provided by the defendant’s mother and brother, arguing that there were inconsistencies in their testimony and what they initially told police. The younger brother allegedly initially told police he didn’t see the shooting because he was putting on his shoes. During trial, the younger Garcia brother testified along the lines of what his mother said.

In the end, the state repeatedly referred to Bertha Garcia’s tearful recollection of the shooting itself when making their case.

Ramos was taken to a nearby hospital in San Antonio after the shooting where he later succumbed to his injuries.

The deceased man’s history of domestic abuse was brought up during trial.

“He had no problem being aggressive, wanting to hurt people; he would be out of control, and that night, he was out of control,” defense attorney Charles Banker said, according to KSAT.

But the defendant’s self-defense argument was rejected by jurors.

Jarren Garcia faced a possible sentence of life in prison.