‘She Knew She Wasn’t Welcome’: Minnesota Woman Arrested After Allegedly Running Over Graves and Trying to Hit People During Ex-Boyfriend’s Funeral 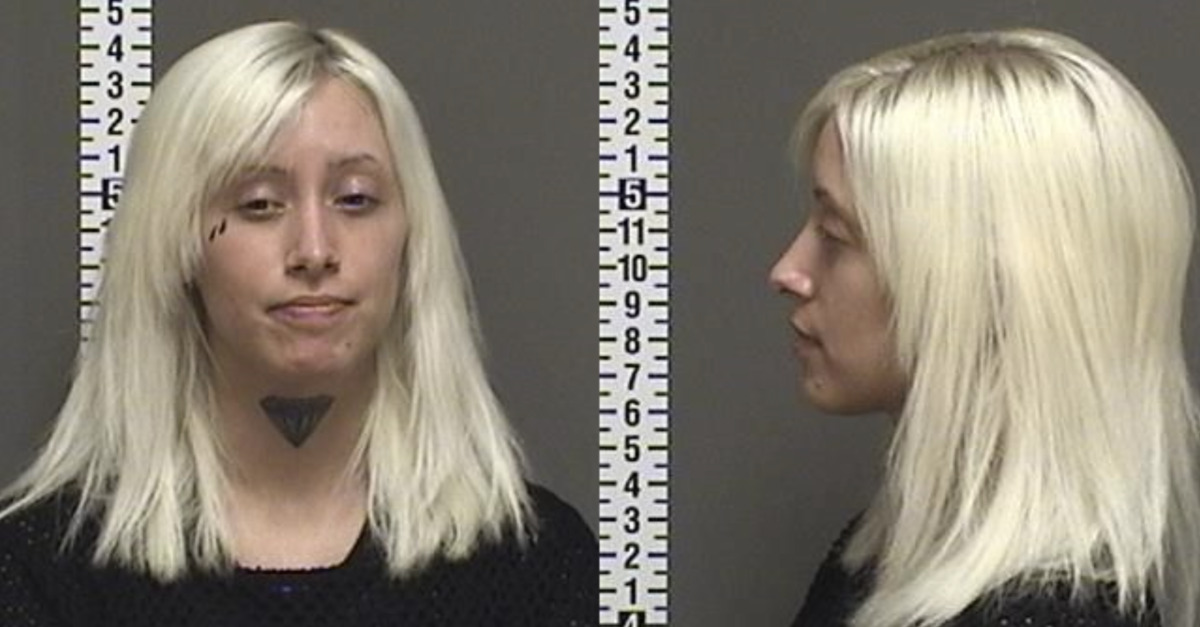 A Minnesota woman stands accused of running amok during her ex-boyfriend’s funeral service last weekend — by allegedly driving through the graveyard with her SUV and trying to run people over.

Blair Rebecca Whitten, 28, was charged with one count of reckless endangerment earlier this week after the Saturday afternoon incident at Riverside Cemetery in Fargo, North Dakota.

Citing court documents, the St. Paul Pioneer Press reports that multiple mourners caught the attention of nearby law enforcement and told officers that a vehicle had been driving over gravesites and “trying to run people over.”

One witness allegedly told police that after being asked to leave, Whitten shifted gears and hit the gas, forcing him to quickly dodge out of the SUV’s fast-oncoming path.

Eventually, an officer detained a woman on the north side of the cemetery who identified herself as Whitten and who relayed a somewhat different version of the story.

Whitten allegedly told the responding officer that she had shown up at her ex-boyfriend’s funeral and was minding her own business by sitting in her car when she was approached by members of the burial party. Whitten allegedly went on to claim that she was actually the one who feared for her safety and that she drove off without incident — and by trying to avoid hitting anyone or anything.

Those in attendance for 24-year-old Colin MacDonald‘s funeral gave Fargo-based NBC affiliate KVLY an altogether opposite take on the day’s turn of events.

“She knew she wasn’t welcome and what she did instead of leaving peacefully was try to run somebody over and run somebody else over, which was me!” Gericka Charbonneau, MacDonald’s girlfriend at the time of his recent and unexpected death, told the television station. “There were elderly, there were children, there were people here who weren’t even here for Colin’s funeral. They were here for their own people and they didn’t know what was going on!”

“All of a sudden I heard someone screaming and yelling,” McIntyre said. “So, I came out of the tent to find a car taking off at about 50 miles an hour and people screaming, ‘She just ran me over!'”

MacDonald passed away in his sleep late April following complications from a minor surgical procedure.

But while the young man’s death was a shock, family members and friends say they weren’t exactly surprised at Whitten’s behavior or attendance — despite being an unwanted guest.

Whitten was reportedly asked to keep her distance after posting harassing, insulting, and bizarre messages on social media following MacDonald’s death. In one such message, Whitten reportedly wrote “DEAD PEDOPHILE 666 thank the powers that be thank ME.” It is unclear why she would have referenced MacDonald as a “pedophile.”

In fact, MacDonald’s loved ones say they’ve had to deal with threats and harassment from Whitten for at least five years.

Ultimately, no one was injured during the hectic Saturday service.

Whitten pleaded not guilty on Monday, and she is currently slated to be back in court in late July.