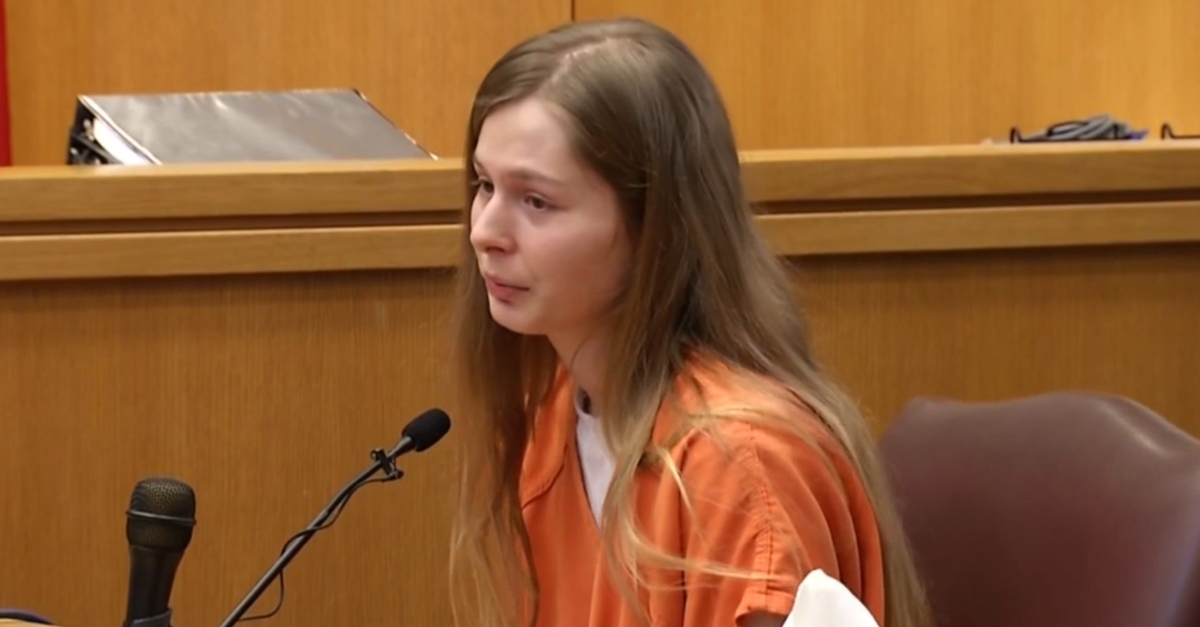 A woman received the minimum sentence for killing a Tennessee police officer in a drunken wrong-way highway crash.

Although the defense of Ashley Kroese, 24, presented 90 letters of support on her behalf, the loved ones of Destin Legieza, 30, voiced heartache and showed no signs of forgiving her, according to WTVF.

“It sickens me how people always survive this type of carnage, leaving parents, spouses, siblings, other family members and friends of the victims emotionally in prison for the rest of their lives,” the victim’s father Scott Legieza said. “In an attempt to have some form of internal peace, I have been asked if I will ever forgive you. My answer then, now, and forever will be not ever. Nor will I ever forgive you.”

Prosecutors recommended 10 years in prison, but the defense got its way with an 8-year sentence. Kroese reportedly must serve 30-percent of her sentence—or 2.4 years in prison—before she will be eligible for parole. She must also have her driver’s license suspended for five years.

“It’s been a struggle to realize and understand and accept that somebody lost their life that night because I never would have imagined that I could physically harm somebody,” said Kroese in a statement to the court. “I accept the jury’s decision and I sincerely hope that the Legieza family can find some kind of peace in that verdict.”

Destin’s friends and family ripped into her in their victim impact statements. The officer’s widow Ashley Legieza voiced resentment for Kroese going to trial because it made her have to relive her husband’s death in “slow motion.”

“Ashley, I don’t think you intended to kill anyone that day, but you moving forward with the trial when you know what you did was with intention,” she said. “You should’ve just taken accountability for your actions. Instead, you made me relive his death in slow motion during the trial. I had to listen to every detail, see every picture, watch every video and I couldn’t even grieve privately because everything makes the news.”

“It’s been extremely hard trying to find a new normal and you’ve intentionally made this harder trying to drag this out. You’ve wasted everyone’s time, including your own, and you should feel ashamed of yourself,” Legieza added.