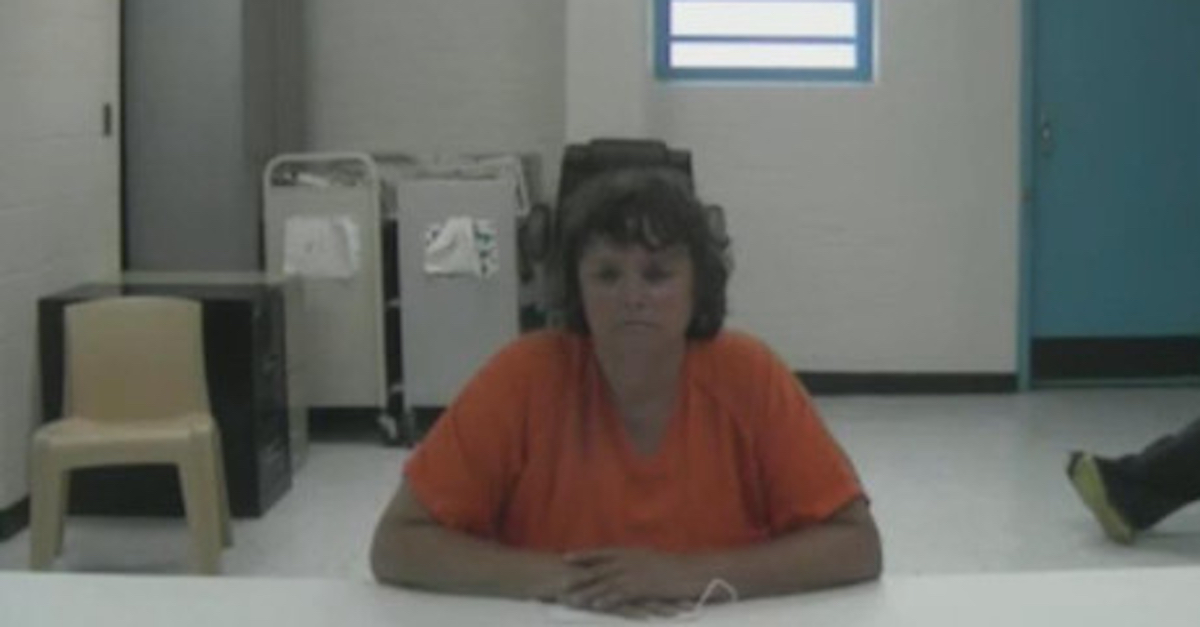 A 58-year-old Massachusetts woman was arrested for allegedly leaving her newborn baby to freeze to death in the woods of Maine more than 36 years ago, authorities say.

Lee Ann Daigle, formerly known as Lee Ann Guerette, was taken into custody and charged with one count of murder for allegedly killing “Baby Jane Doe” in 1985.

Detectives with the Maine State Police on Monday traveled to Lowell, Massachusetts where they arrested Daigle outside of her home without incident, a Maine Department of Public Safety press release said. Daigle subsequently waived extradition and was transported back to Maine that morning.

Authorities say that Baby Jane Doe’s body was discovered in Frenchville, Maine on Dec. 7, 1985. A local dog was the first to come across Baby Jane Doe, carrying the newborn’s body in her mouth approximately 700 feet back to her owner’s home, according to state police.

The dog’s owners, Armand Pelletier and Lorraine Pelletier, in 2014 told the Bangor Daily News that they were shocked to discover what Paca, their Siberian Husky, had brought back.

“This is something you don’t forget,” Armand reportedly told the newspaper. He reportedly said that Paca came home quickly after being let out, returning to the sliding glass door in the back of the house and trying to get the attention of her owners.

“She kept pounding at the door’s window to get back in,” Armand continued. “She kept pounding, and after awhile, I went to go look, and I could not believe what I saw. I saw what looked like a little rag doll, but then we saw it was a frozen little baby.”

The Pelletiers noted that Paca carried the baby’s body very carefully, and law enforcement reportedly confirmed that the dog did not contribute to the baby’s death in any way.

“There were some wounds in her head, but they were completely superficial,” then-Aroostook County Sheriff James Madore reportedly said. “The dog did nothing to hurt that little baby.”

Detectives with the Maine State Police responded to the scene and were able to track the path that the dog took back to the location where the child had been abandoned. Recent snowfall had reportedly made it easy to retrace the canine’s steps. Based on the evidence at the scene, investigators were able to determine that Baby Jane Doe “was born and then abandoned in below zero temperatures” at the bottom of a gravel pit.

The state police were able to identify Daigle as Baby Jane Doe’s mother thanks to technological advancements in the fields of DNA profiling and genetic genealogy, the press release said. After identifying Daigle as the mother, state police worked in collaboration with the Maine Attorney General’s Office to present probable cause evidence to a criminal grand jury.

An Aroostook County Grand Jury returned an indictment against Daigle on one count of murder. A warrant was issued for her arrest. She is currently being held at the Aroostook County Jail in Houlton. She made her first court appearance Tuesday at 11:30 a.m. via Zoom at the county courthouse.

Since Baby Jane Doe’s death, Maine has instituted a Safe Haven law allowing parents to surrender their children at approved locations without penalty, provided that the child is less than 31 days old.