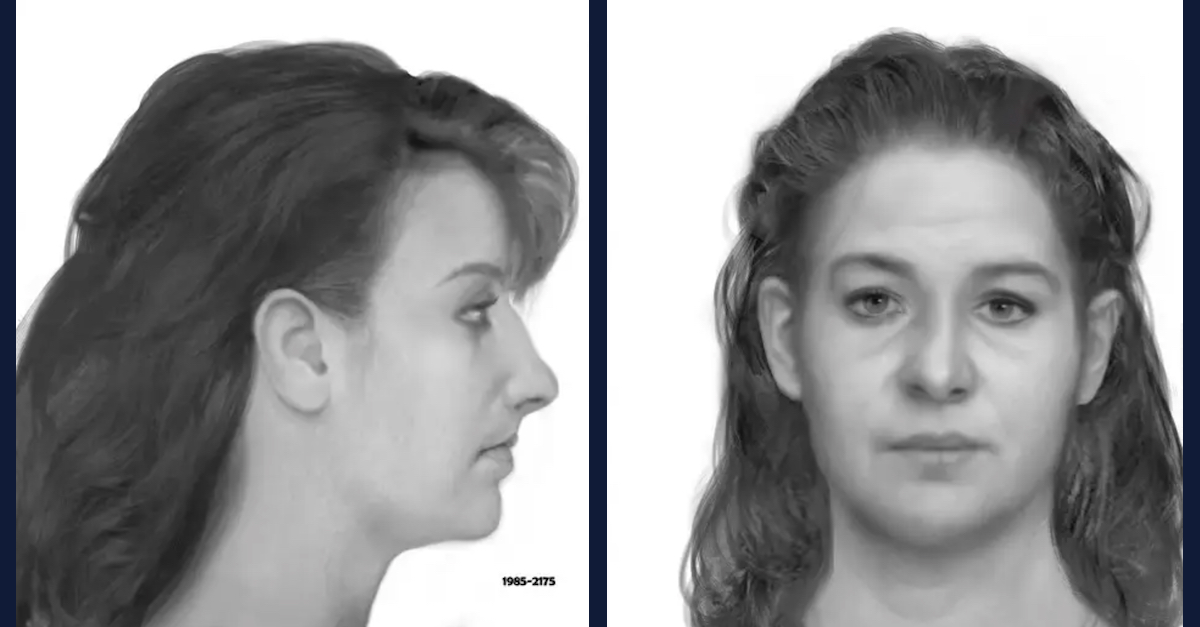 A cold case in California has been reopened on the strength of DNA testing, and investigators believe they may have finally found some relevant information about a long-dead woman’s identity.

A so-called Jane Doe was shot and killed sometime in 1985. Two hunters found her significantly decomposing body in the Newark Wetlands and alerted law enforcement. The Newark Police Department said her body was hardly recognizable by the time she was found.

“Unfortunately, nobody knows or knew that Jane Doe existed,” NPD Detective Todd Nobbe told Oakland, Calif. Fox affiliate KTVU journalist Brooks Jarosz. “There was no identification, no purse found, nothing that would immediately give us a name.”

But nearly four decades later, the still-unidentified and nameless woman’s half-sister appears to have been located in Texas.

Nobbe reopened the case a few years ago. One of the first steps he took, he told KTVU, was having Santa Cruz, Calif.-based genetics company Astrea Forensics test a small clump of rootless hair that was taken from the deceased woman’s corpse and kept in storage.

“Astrea’s proprietary methods make it possible to recover genetic profiles from rootless hair and other highly degraded samples that otherwise fail traditional forensic DNA testing,” the company says on its website – which also identifies their reason for existing as to help solve cold cases and “determine the identify of unknown individuals.”

The NPD teamed up with the DNA Doe Project, a nonprofit that specializes in building and using genetic profiles to help law enforcement identify unknown and deceased individuals and “solve their most intractable cases,” their website says.

The group also has a grant program that they say specifically aims to help “smaller and less-well-funded agencies.”

Their description of the “Mowry Wetlands Jane Doe” reads:

On October 24, 1985 the remains of an unidentified white female were discovered in a field next to Mowry Avenue, Newark, California. The remains consisted of a nearly complete skeleton with some reddish brown hair and scalp. The victim had been shot and had died approximately six months prior to being found. Forensic anthropologists determined the woman was an adult between the ages of 30 and 36 years old who stood 5’6” to 5’8” tall. Among the items found with her were barrettes, a watch, and earrings. In addition, the victim had a ring on her left ring finger and one on her left pinkie finger.

“They helped lead me down that path of who the mother of our Jane Doe might be,” Nobbe told KTVU of the combined effort.

The DNA extracted from that rootless hair led investigators to a since-passed woman named Marian Marie Richardson, who lived in a small Missouri town just across the border with Kansas. That woman had a distant relative in the Lone Star State named Ruth Ellis.

Ellis was adopted when she was an infant and didn’t have much testimonial information to provide investigators. But she did provide her DNA. The test results came back with a match and a high likelihood that she and the wetlands Jane Doe had the same mother.

“Of course I didn’t know her and didn’t know she existed,” Ellis told the TV station. “It was . . . just the strangest thing. I was amazed. I couldn’t believe it, but it was true because the DNA proved it.”

Undeterred and hopeful, Nobbe provided old Polaroids of the deceased woman’s skull to Jorge Molina, a forensic imaging specialist who works for the Texas Department of Public Safety.

After mapping the woman’s skull, Molina produced two computer-generated images of what the woman would have looked like in 1985.

Eliis was then shown those images. And she was shocked.

“I thought, oh my God she looks like I did when I was younger, much younger,” Ellis told KTVU. “She also had a lot of characteristics . . . facial with kind of a long face and a pointy chin of our birth mother’s.”

Yet, several mysteries remain. While a relative has been found, adoption records so far have proven unhelpful. Her name is still unknown. Why she died and who killed her, more elusive still.