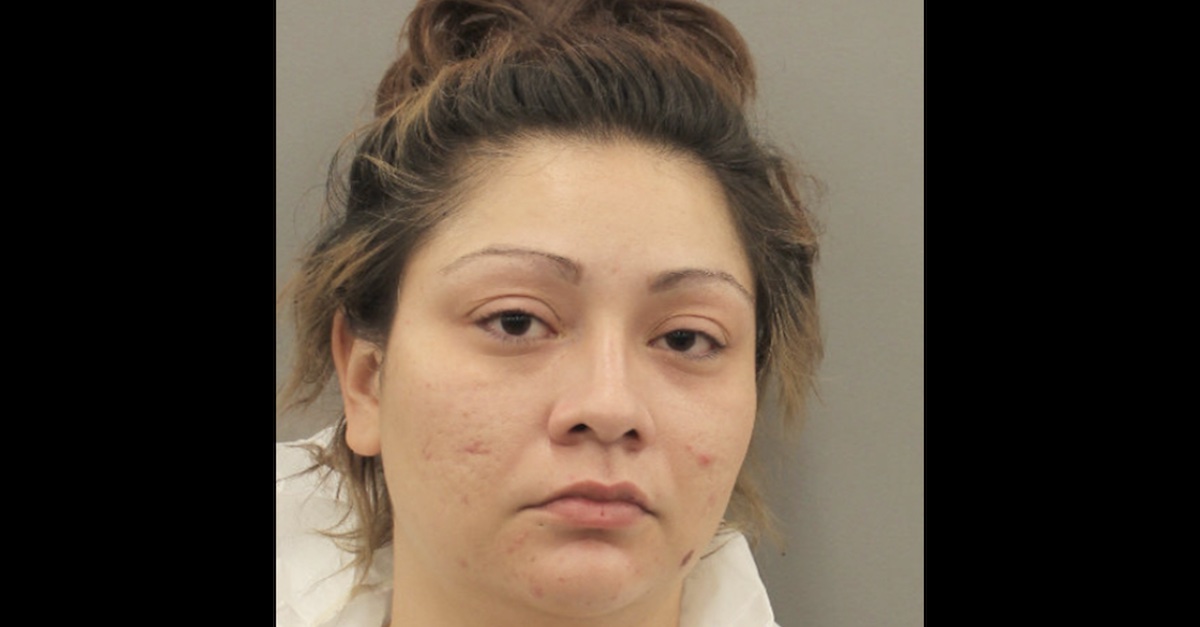 A Texas woman was arrested and charged with murder after police say that she broke into her mother’s neighboring apartment on Monday evening and stabbed her to death just hours after prosecutors told police there wasn’t enough evidence to move forward with other charges against the daughter, several locals news outlets reported.

Officers with the Houston Police Department eventually took 29-year-old Ericka Nicole McDonald into custody on one charge each of murder, aggravated assault with a deadly weapon, and burglary with intent to commit a felony in connection with the death of her 51-year-old mother, Terri “Mimi” Mendoza.

According to HPD Homicide Sergeant W. Dunn and Detectives R. Naughton and M. Hughey, McDonald at approximately 9 p.m. broke into Mendoza’s apartment at the 8300 block of Willow Place Drive by climbing through the front window. Donning a mask to hide her face, investigators said that once inside, McDonald just “began stabbing” both her mother and her 63-year-old aunt, who was also in the apartment at the time. McDonald reportedly lived with her children in a neighboring apartment.

Police said McDonald then fled the scene. However, a witness who spoke to Houston ABC affiliate KTRK-TV said that they saw McDonald attempting to perform CPR on her mother before leaving the scene.

Mendoza was transported to a local hospital where she was pronounced dead.

Detectives said that McDonald was under the impression that the mask had sufficiently concealed her identity and returned to her mother’s apartment soon after the stabbing where she told police that she was not involved in the crime. But her wounded aunt told investigators that she was able to identify McDonald as the culprit.

“It’s alleged that the defendant was intoxicated and broke into the residence. These are familial members to the defendant. She broke in, stabbed both complainants, ultimately killing one of them,” an official said during McDonald’s bond hearing Tuesday evening. “Officers located the knife after they were granted permission to go inside the defendant’s residence. They found the knife that was used, and they found clothes and shoes, indicating her involvement in these two offenses.”

Family members told KTRK that McDonald’s aunt was stabbed a total of six times and required surgery — but she is ultimately expected to recover.

Police said that hours prior to the attack, McDonald had gotten into an altercation with both her mother and her aunt.

McClatchy reported that the altercation caused family members to call police to the apartment twice that day, once at 3 p.m. for a disturbance call and again about a half-hour later for a wellness check. The responding officers reportedly wanted to arrest McDonald, who was allegedly drunk at the time, on charges of child endangerment and assault, but the Harris County District Attorney’s Office told KTRK that its prosecutors declined to move forward due to a lack of evidence.