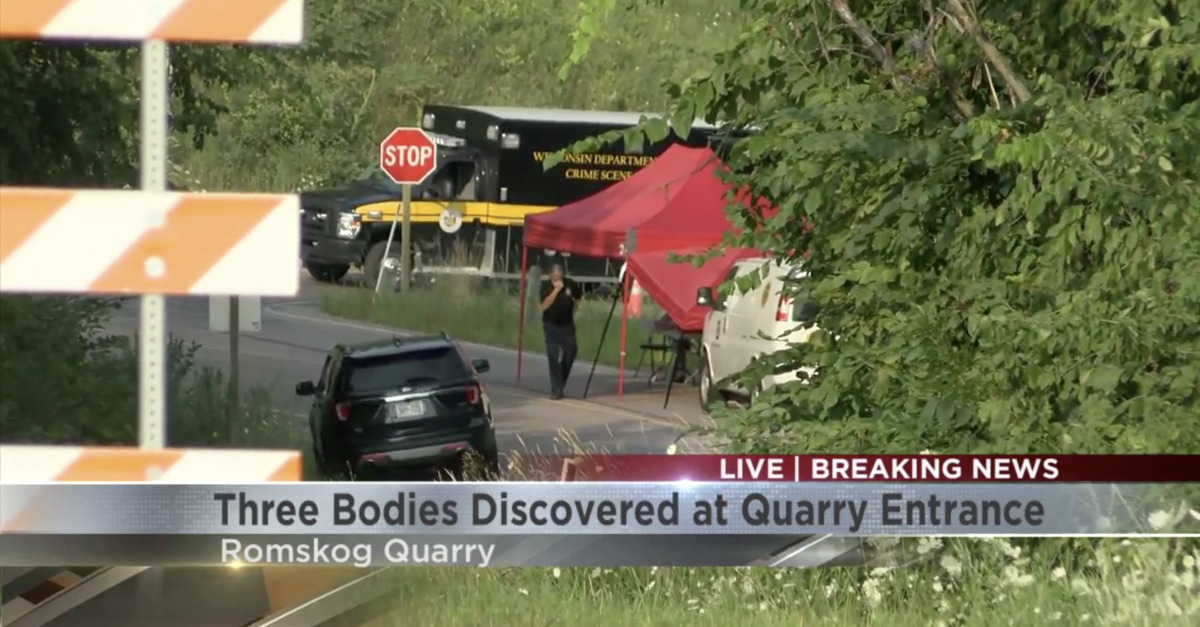 Three men recently found dead in a Wisconsin quarry are believed to have known their killer–who allegedly murdered them in what police say was a “targeted act.”

The bodies of Peng Lor, 24, Nemo Yang, 24, and Trevor Maloney, 23 were discovered during the early morning hours on Friday by two workers at the Milestone Materials quarry in Hamilton, Wisc.

According to the La Crosse County Sheriff’s Office, investigators “conducted several interviews” in “multiple states” on Saturday “related to the triple homicide investigation.” The quarry is located in far western Wisc. near West Salem along the Minnesota border.

“Investigators have reason to believe that all three individuals were killed at the scene where the bodies were discovered,” a media release from the LCCSO says. “Investigators also believe the victims knew the suspect(s) responsible for the homicide.”

Authorities also made sure to stress that they do not believe there is any present danger to the public and that neither the Milestone Materials quarry nor “any of their employees or subsidiaries” have any known connection to the apparent triple murder.

No suspects are currently in custody, however, and details are relatively scarce, though authorities have been forthcoming that very little is known about the grisly crime.

La Crosse County Sheriff Jeffrey Wolf recently gave a press conference where he noted that 911 dispatch received a call about the bodies discovered near the quarry’s entrance at 4:57 a.m. on Friday.

“We believe at this time that it was a targeted act,” he said. “We do not know the reason for the homicide. There were no vehicles left at the scene. Strictly three individuals found deceased. It’s a fluid case at the present time. It’s a very complicated crime scene. It’s very hot.”

Authorities have yet to reveal how the three men died. The sheriff also declined to comment on the state of the bodies.

Wolf noted that six separate local, county and state agencies are currently looking into various aspects of the slayings and at that least 12 investigators have been assigned to the case so far.

Investigative efforts are currently focused on determining what each of the three victims were doing in the 24 hours before they died. The men are believed to have been killed sometime between Thursday night and early Friday morning “during the hours of darkness.”

“We have reason to believe that it was a targeted event, it wasn’t a random act,” Wolf said in response to a local reporter’s question about public safety concerns on Friday afternoon. “For whatever reason, it occurred at this location for a specific reason. I don’t think there’s any concern for residents or our communities.”

No security cameras are located at the site where the bodies were discovered. Investigators are currently asking nearby residents with security cameras who live along County Highways M and S for any footage during the time period in which the men were killed.

Autopsies were scheduled for Saturday and the names of the victims were only released after next of kin were notified. According to police, Lor and Yang had no permanent residence but were known to “frequently resid[e] in and around the La Crosse area.” Maloney had last known addresses in Cashton and Sparta, Wisc.