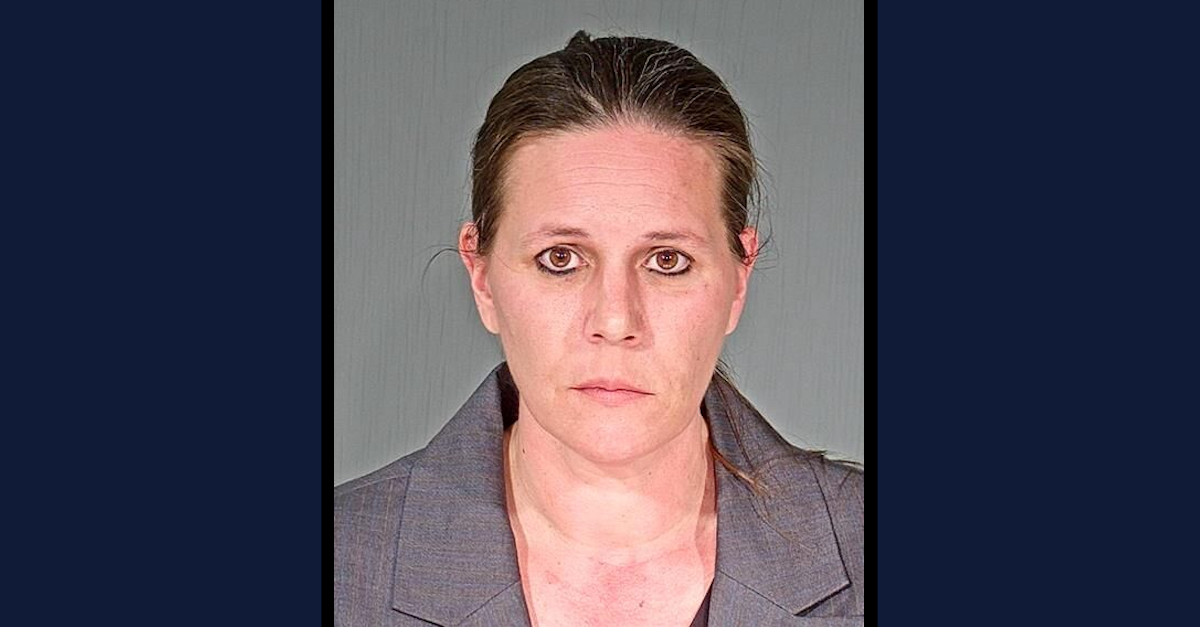 A Wisconsin woman who admitted that she discarded a dead baby girl’s body in a secluded area of rural Wisconsin pleaded guilty on Monday to a single felony count of concealing the death of a child, according to court records in the matter.

Law&Crime was the first news organization to report that Karin Luttinen, who just turned 46 within the last few days, signed a plea agreement back on March 18, 2022 — the same day authorities announced that she was the suspect in the April 2009 dumping of the dead infant. Other news organizations reported that charges had been filed against Luttinen but did not notice that a plea agreement had also been filed in tandem with an amended criminal complaint.

The locals nicknamed the long-unidentified little girl “Baby Theresa.” The name emanated from geography: Theresa, Wisconsin, was the Dodge County town where the remains turned up. Volunteers provided the baby with a proper funeral and burial; news coverage at the time pleaded for information about the child’s identity. None was forthcoming. It took investigators more than a dozen years to solve the case.

According to charging documents, Luttinen told authorities she gave birth to the child in her bathtub in April 2009 but that she believed the baby was born dead with its umbilical cord wrapped around its neck. Medical experts could not determine that the baby was born alive. Luttinen told investigators that she “thought she blacked out for about 15 minutes” when the baby was born; when she says she regained consciousness, the infant was dead.

Luttinen said she “panicked when she came to,” put “it” (the baby) in a towel, drove “aimlessly,” and put the baby “in the woods” during the daylight hours. She said she heard nothing about discovery of the baby’s body on the news.

The amended criminal complaint says the baby’s remains were in a trash bag. In the bag was the clue that unraveled the mystery as to who gave birth to the baby: a wrapper from a maxi pad. That wrapper contained DNA the authorities believed to have originated from a “close female relative” of the dead baby. According to the court paperwork, “Family Tree DNA results” eventually led to the identification of Luttinen as the baby’s mother.

“There were no traumatic injuries on the external examination,” authorities wrote of Baby Theresa. “There were no skull fractures. There were no internal injuries. There was no decomposition. The cause of death was fetal demise.” 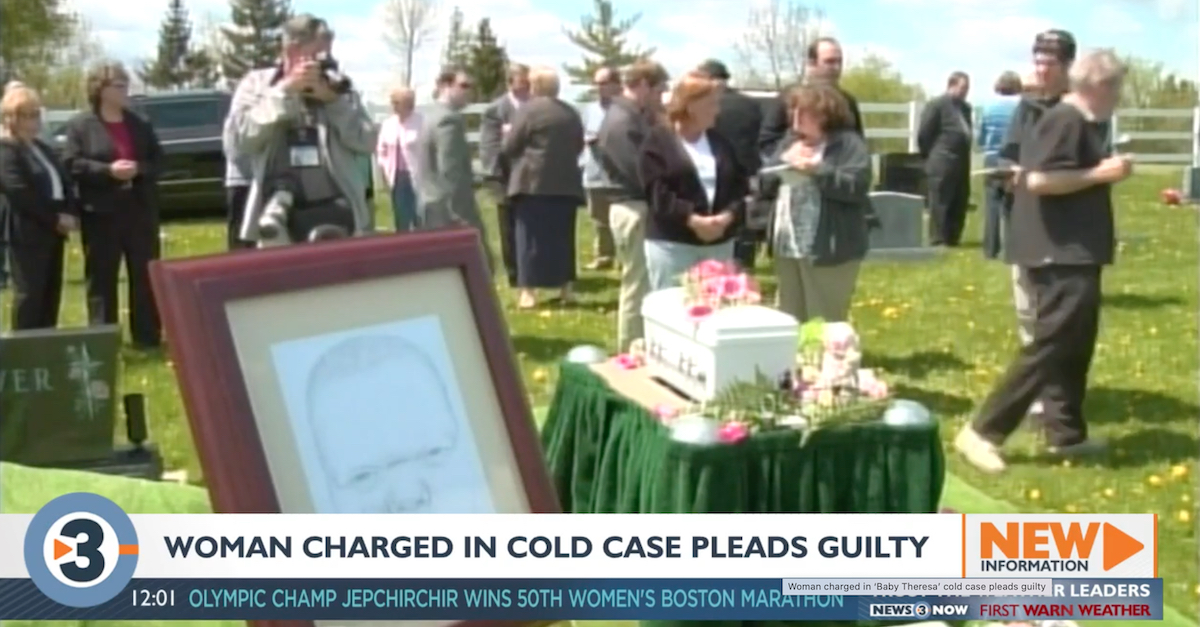 A man identified in court documents as “Witness S” was the girl’s father. The amended criminal complaint indicates he never knew Luttinen was pregnant; here’s how investigators revealed that knowledge to him — from the perspective of law enforcement:

Witness S returned my phone call. I requested a second interview to talk about the crime lab results. Witness S replied, “Are you telling me this is my kid, you have got to be shitting me. I gave you all the information that I knew. I have no idea of how this could be.” I told Witness S that he was the father.

I asked if Karin Luttinen was present. Witness S asked if she is the mother. I replied yes. Witness S replied, “Oh my God, are you kidding me. Oh my God. I don’t think she knew either, that’s why we took the test, we knew it wouldn’t be us. I don’t want to say this is funny but by far the weirdest thing that I’ve experienced in all my life.”

Witness S placed his phone on speaker so Karin Luttinen could hear. Again, I requested an interview to discuss the crime lab results because Witness S is the father and “you are the mother.” Karin Luttinen replied, “OK.”

Witness S spoke softer and I heard him say, “Should we get an attorney?” Karin Luttinen asked that she call me back and the phone call ended.

Luttinen told the authorities she didn’t look pregnant back in 2009 and that she continuously repressed the knowledge that she was pregnant. Her relationship with Witness S was rocky at the time; however, it recovered, and the couple remains together, according to the court paperwork available at present.

The defendant also said she thought about telling Witness S about giving birth to the child “every day” since her first contact with law enforcement — but she never did so directly. Luttinen added that she was “scared for Witness S, for her family, and for herself because she does not want to go to jail.”

She also said she “didn’t know how to repent for this,” the charging documents indicate.

Subsequent police interviews yielded more information about how the case unfolded; Law&Crime has described those interviews in detail in a past report.

Luttinen’s plea agreement says the sentencing will be “contested.”

The agreement allows the state to “discuss all the facts and circumstances of the case,” including generally discussing the “potential maximum sentence” — which the document itself indicates is “one and one-half years of confinement” and “two years of extended supervision.” But the agreement expressly requires the state to “not make a specific recommendation as to the length or structure of the sentence.”

“The defense may recommend any sentence,” the document notes.

A sentencing hearing is scheduled for August 5, 2022 at 1:00 p.m. Central time, according to a court docket.

The charging documents and the plea agreement are both below: