‘What You Have Done is Unthinkable’: Judge Sentences Convicted Former Director of ‘Horrific’ Ohio Jail to Nine Months Behind Bars 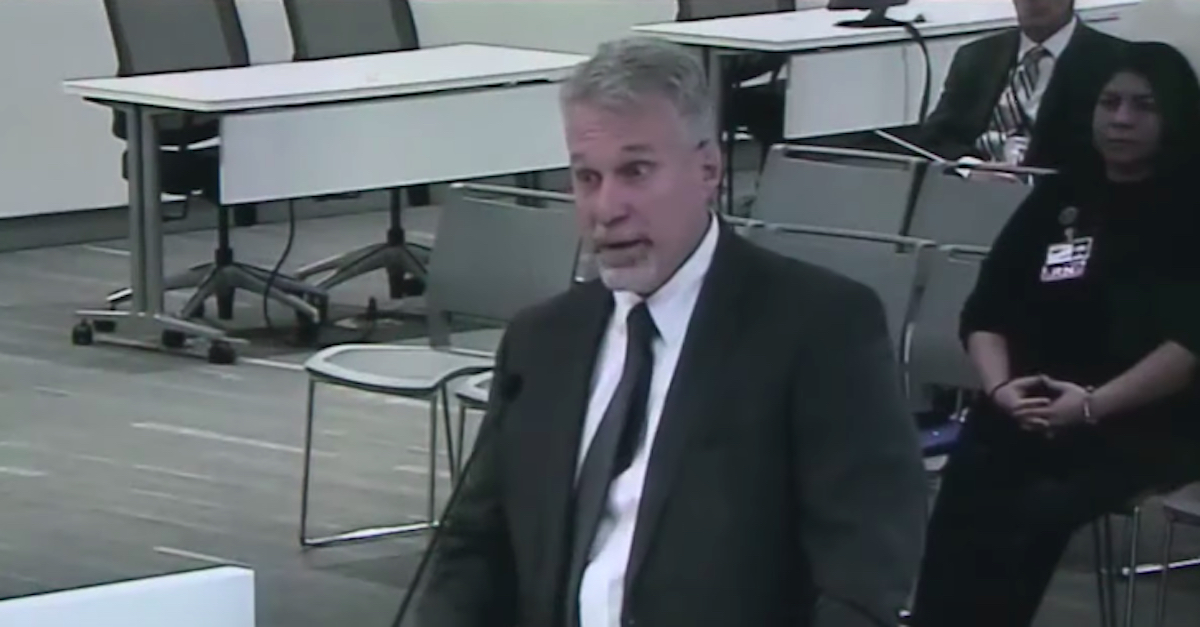 A former jail director in Ohio is preparing to become a prisoner himself after a judge sentenced him to spend nine months behind bars for creating “inhumane conditions” that led to a string of inmate deaths in 2018.

Summit County Common Pleas Court Judge Patricia Cosgrove described the conditions inside of the Cuyahoga County Jail under the direction of Ken Mills, 56, as “horrific.” The judge repeatedly raised her voice and castigated Mills for depriving those under his care of their civil liberties and basic necessities such as food, water, and medical attention, Cleveland.com reported.

“This is the United States of America. This is not a third-world country,” Cosgrove reportedly said in handing down the maximum sentence Mills faced. “There’s no excuse to treat other human beings in this manner.”

Judge Cosgrove, who retired from the bench in 2011 but presided over Mills’ case as a visiting judge, also called out the former jail director for prioritizing profits at the expense of the inmates’ well-being.

“What you have done is unthinkable, it’s callous, it’s indifference,” Cosgrove reportedly said. “I don’t know how you can live with yourself or look at yourself in the mirror.”

A jury of seven men and five women in September found Mills guilty on two counts of dereliction of duty and two counts of misdemeanor falsification following a three-week trial. He was found not guilty on one count of felony record tampering.

The falsification charges stemmed from Mills in 2018 telling the Cuyahoga County Council that he did not have the authority to hire nurses for severely understaffed jail. During the trial, prosecutors presented testimony and evidence that Mills had actually been actively blockings requests for nurses at the facilities he oversaw.

Following the deaths of eight people inside Cuyahoga County Jail, the U.S. Marshals Service (USMS) reviewed the facility in 2018 and concluded that the living conditions were unacceptable and inhumane. The federal probe called the Cuyahoga Jail “one of the worst in the country.”

Mills resigned shortly after the report was released to the public and was among 10 other officials indicted soon thereafter.

Mills Attorney Kevin Spellacy, who had been critical of the case against his client from the outset, asked Judge Cosgrove if she would delay Mills’ sentence until an appeal is decided, but the request was rejected.

Spellacy did not immediately respond to an email from Law&Crime.

A spokesperson for the Cuyahoga County Sheriff’s Department told Cleveland.com that it was in the process of arranging for Mills to serve his sentence at a facility other than the jail he previously ran for almost four years.

“Ken Mills sentenced to 9 months in jail. Not going to bring back the people who died in his jail—but at least he’s going to get some first-hand experience on the other side of the bars. Each of us—rich or poor, wise or foolish—has equal worth and dignity. Even in jail,” he wrote. “This is the end of a very long series of criminal cases arising out of the jail, and concludes my office’s special prosecution appointment for Cuyahoga County. We will issue a report to the community later this year pulling together what we learned and lessons learned. Very proud of our team.”