‘What Are You Gonna Do for Me if I Let You Go?’: Cop Accused of Trying to Make Homeless Woman ‘Touch His Penis’ in Dark Alley 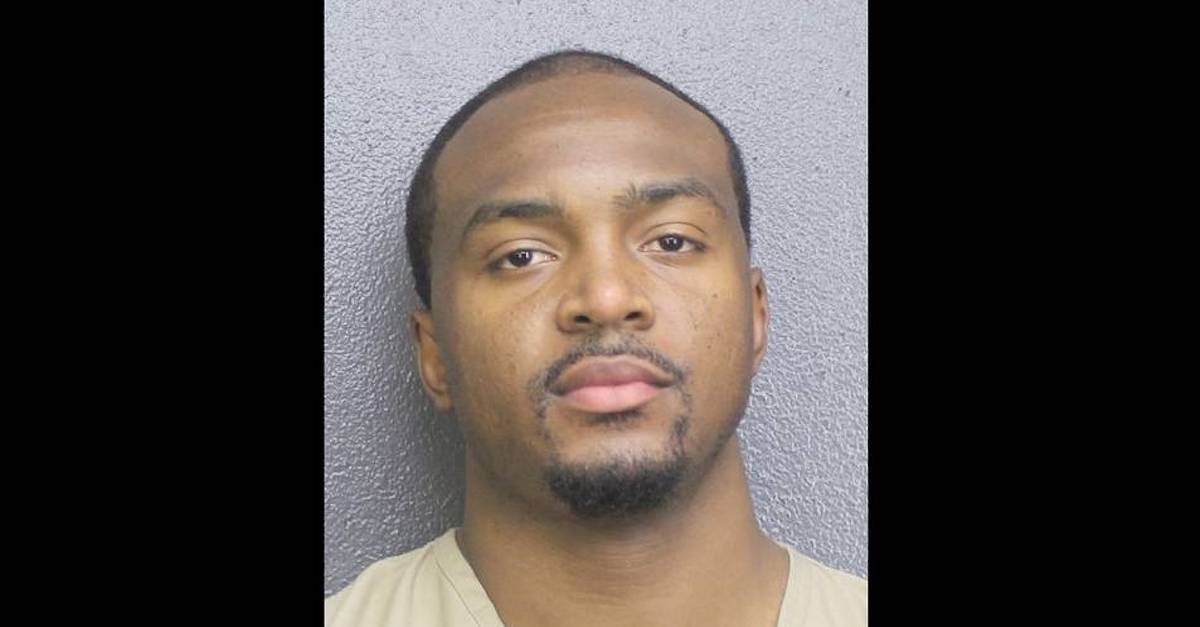 A police officer in Florida found himself on the other side of the law after he allegedly tried to force a homeless woman to perform oral sex on him in exchange for “letting her go.” Jamar M. Lee, 28, of the Lauderhill Police Department, faces one count each of felony unlawful compensation and misdemeanor battery, court documents reviewed by Law&Crime show.

Lee, who had been with the department for just over a year at the time of the incident, turned himself over to authorities last month after a warrant was issued for his arrest. The arrest came following a nearly two-year investigation into allegations that he attempted to use his position as a law enforcement officer to coerce at least one woman to perform oral sex on him. He has been suspended without pay since October, the city said in a press release.

According to a probable cause affidavit, Lee on Feb. 25, 2020 at approximately 3 a.m. approached a woman outside of a closed Dunkin Donuts store located in the 1500 block of N State Road 7. The alleged victim was sitting in a parked silver 2006 Saturn Ion. Lee, in full uniform and driving a marked squad car, allegedly approached the vehicle and asked the woman to produce her license and registration. She produced an invalid license, per the affidavit, and Lee ran a check on her vehicle. He then allegedly told the victim that he “needed to meet with other officers and directed the victim to follow him in her vehicle to another location which she reluctantly agreed to do.”

“The victim suggested they move but the defendant stated ‘First things first, what are you going to do for me if I let you go?” the affidavit alleged. “The victim didn’t know what the defendant wanted her to do and so she asked him what he meant. During this time the victim was crying because she was scared and the defendant told her to stop and ‘don’t act stupid.’ The defendant, with his palm resting on his gun, told the victim to touch his penis.”

The victim allegedly grabbed his crotch over his pants for approximately two seconds. Lee allegedly offered to give the victim money and a place to stay if she remained quiet.

A nearby noise then allegedly caused Lee to suggest a third location. This time, instead of following Lee, the victim turned the opposite direction and drove to her boyfriend’s house. She then called 911 and reported her interaction with Lee, documents say.

“Now that Lee has been charged criminally and arrested, the City intends to swiftly conclude its administrative investigation into the incident and to take appropriate employment action against Lee,” the statement said.

Read the arresting documents below.