Tennessee Dad Allegedly Killed 2-Day-Old Daughter on His Birthday by Throwing Her into the Mississippi River, Shot Baby’s Mom in the Head 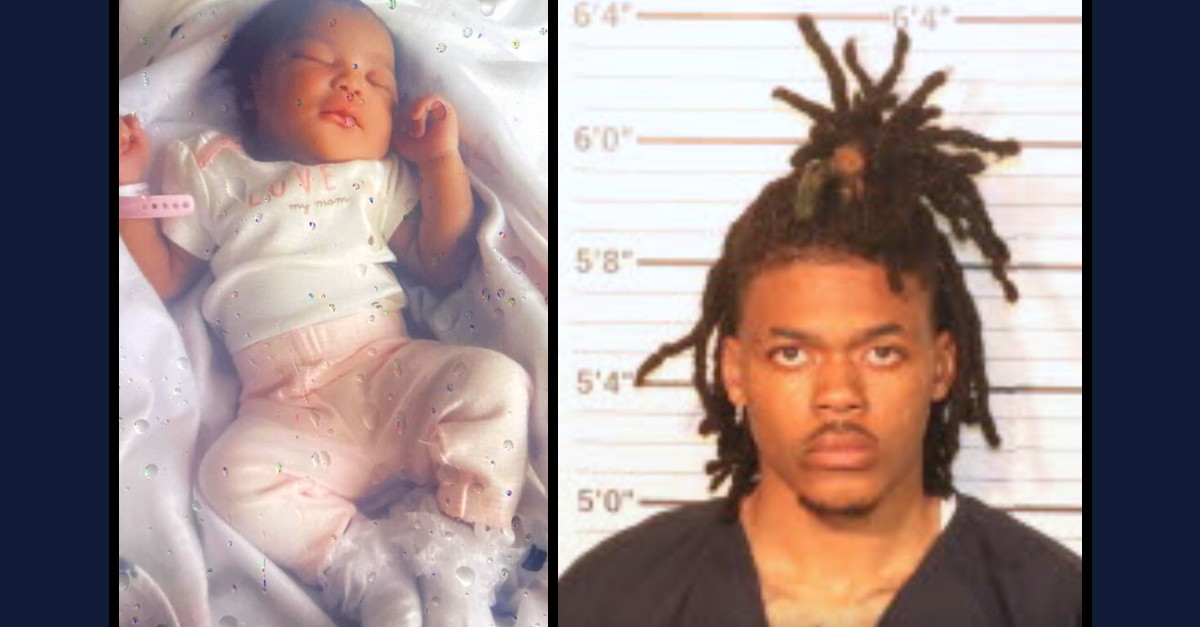 Kennedy Holye appears in an image released by the Memphis Police Department and by the Tennessee Bureau of Investigation. Brandon Isabelle appears in a Shelby County, Tenn. Sheriff’s Office mugshot.

A Tennessee father has been arrested and charged with murdering the mother of his newborn baby girl by shooting the woman in the head and dumping her body near her car. After he was arrested, the man allegedly admitted throwing his 2-day-old baby into the Mississippi River along with the gun he used to shoot the mother.

Brandon Isabelle, 25, stands accused of two counts of first-degree murder, murder in the perpetration of a felony (aggravated kidnapping), especially aggravated kidnapping, and tampering with or fabricating physical evidence, the Memphis Police Department wrote on Facebook. The same charges are contained within online jail records maintained by the Shelby County Sheriff’s Office.

The charges are connected to the deaths of Danielle Hoyle, 27, and her newborn daughter Kennedy Hoyle. Kennedy Hoyle’s body has not been found, but “evidence suggests that she is deceased,” according to the police department. The baby is missing and presumed dead.

The mother’s body turned up in the vicinity of an abandoned vehicle that was found near the intersection of Sedgwick Street and East Levi Road south of downtown Memphis, the police department continued.

Danielle Hoyle had been shot to death. Her infant daughter was last seen with the defendant, the police added.

Despite suspicions that Kennedy Hoyle is dead, the Tennessee Bureau of Investigation (TBI) and the Memphis Police Department issued an AMBER Alert for the newborn on Wednesday morning.

“Kennedy is a 2-day-old black female, 6 lbs., 17 inches with brown hair and brown eyes,” the alert poster indicated. “Kennedy was last seen wearing a black and white polka dot onesie with pink pants. Kennedy was last known to be in the area of of [sic] Sedgewick Dr. and Levi Rd. in Memphis, TN.”

The agencies pleaded for relevant tips. The Memphis Police Department my be reached at 901-545-2677 with attention to one Sgt. Curry; the TBI may be called at 1-800-TBI-FIND with the tip directed to to Special Agent Sam Strickland. 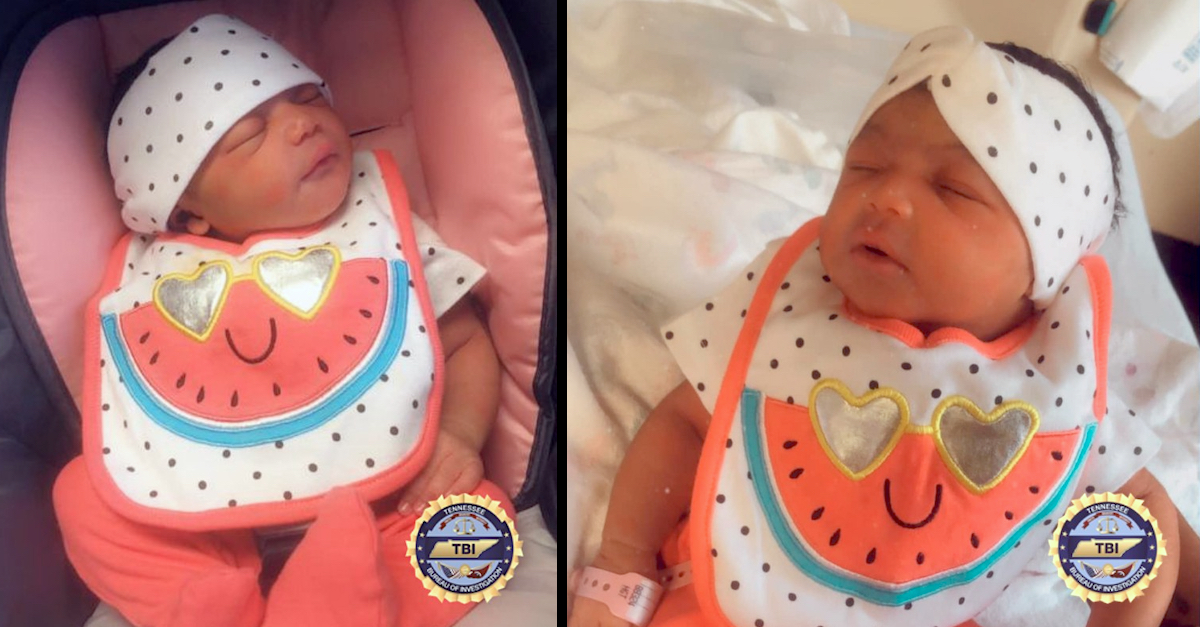 Kennedy Holye, who is believed to have died at the hands of her father when she was only two days old, appears in images released by the Tennessee Bureau of Investigation.

According to a police affidavit obtained by Memphis NBC affiliate WMC-TV, the case unfolded when an officer who “was looking for possible stolen vehicles” found a tan Chevrolet Cruze with a broken driver’s side window on Tuesday night. A license plate search revealed that Danielle Hoyle was the owner of the vehicle. When police reached out to her family, relatives reported that “they had not heard from her since she left the house earlier with her daughter,” the television station said, again citing the police report.

Other officers simultaneously found Hoyle “with a gunshot wound to the head” off the side of the road nearby, the television station continued.

Isabelle was quickly identified as a suspect and was subsequently arrested.

The police reports obtained by WMC claim Isabelle admitted that he lured the infant’s mother to the intersection where her body was found and also admitted shooting the woman. He further allegedly admitted that he took his baby daughter to the Upper Mud Island Boat Ramp in Island Park, a location north of downtown Memphis, and “tossed the child into the water,” WMC reported.

The defendant also told the police he threw the gun he used to kill Danielle Hoyle into the river as well.

Relatives who spoke with the television station were saddened by the losses and determined to seek justice.

“You can cry so much that tears don’t even come down your eyes anymore,” said April Campbell, the newborn baby’s grandmother, to WMC. “I haven’t slept.”

“Danielle, she’s missed by everybody,” Campbell continued. “Young folks make mistakes, but that wasn’t a mistake. There wasn’t a reason to kill my daughter.”

Police searched for the infant around Mud Island on Wednesday but apparently did not find her.

Campbell said she wished she could “just hold” Kennedy and tell both victims she loved them and missed them. She was not so kind when asked about the defendant.

According to online jail records, the defendant is scheduled to appear in court Friday morning at 9:00 a.m. No bond has been set.

The defendant’s date of birth is listed as Feb. 1. That means he’s accused of murdering two people on his 25th birthday.