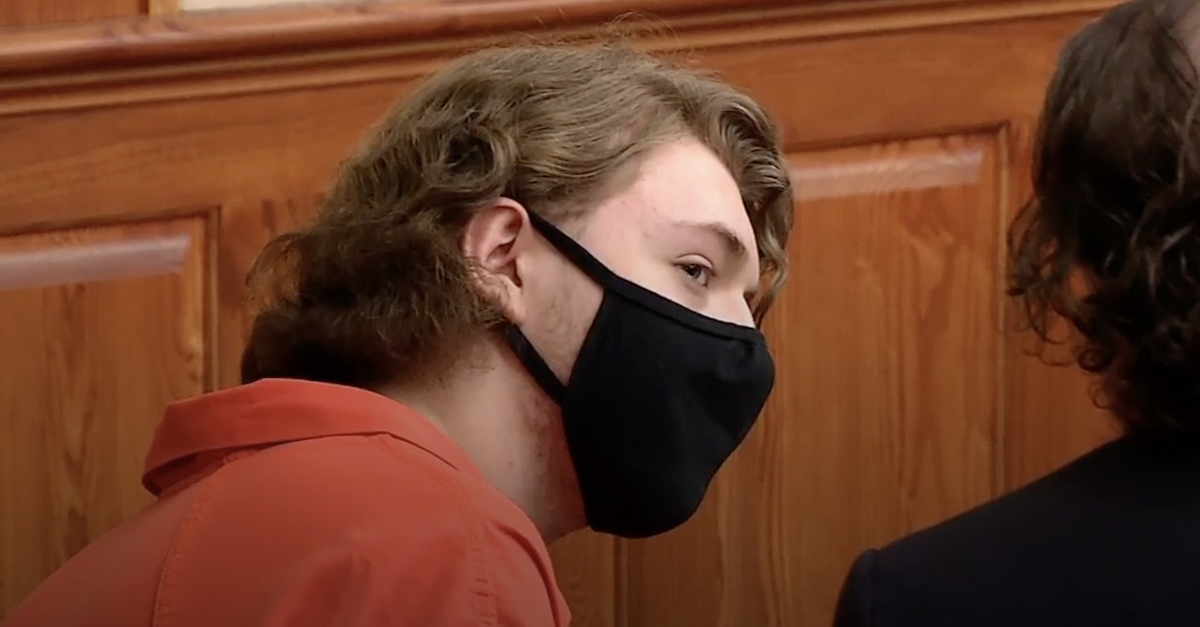 Gavin Smith appears in court back in March.

An 18-year-old accused of committing the quadruple murder of family members in West Virginia now faces an indictment, a court staffer confirmed to Law&Crime.

The suspect was 16 at the time of the December 2020 killings, but Kanawha County prosecutors successfully got the case moved to adult court. Law enforcement found defendant Smith hiding behind a dress on the third floor of a house in Clendenin, according to a court ruling. His brothers’ blood was allegedly found on his clothes and on clothes near him. 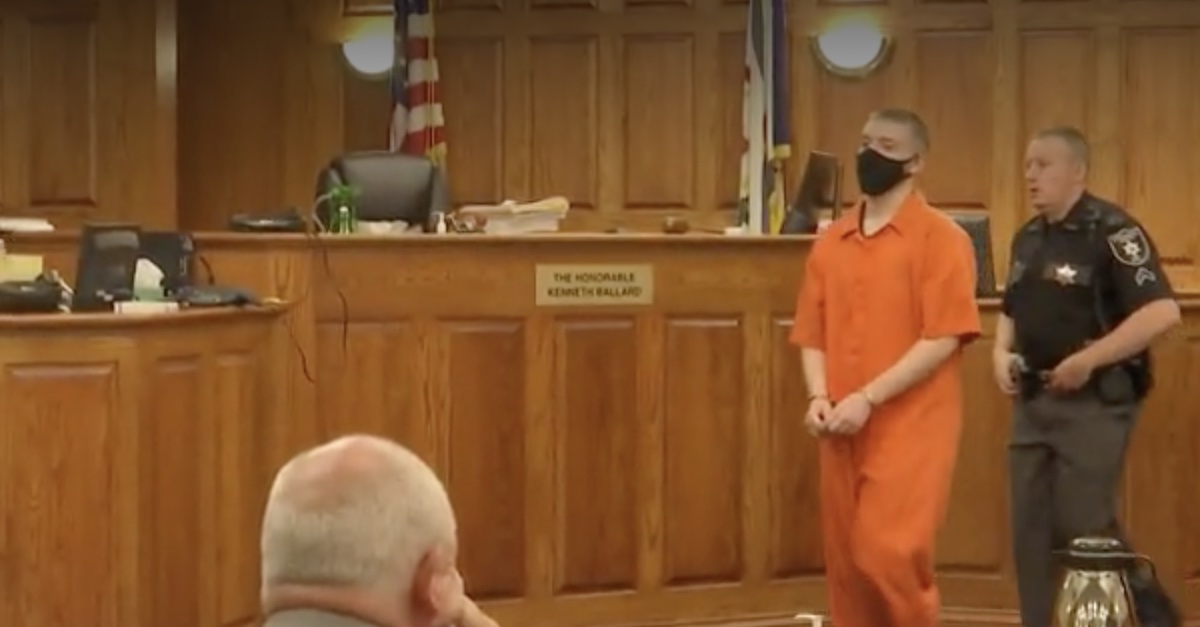 Facebook records between Smith and his co-defendant girlfriend Rebecca Walker, 18, indicated he was traveling from his Elkview home to the residence in Clendenin, the filing stated.

“That in those records, a person who identifies as ‘Gavin’ admits to shooting the juvenile victim J.L.,” Judge Kenneth D. Ballard wrote, referring to Jameson Long by his initials.

Authorities suggest the shooting happened on Dec. 8, 2020 and that deputies found the bodies four days later after a call for a welfare check.

BREAKING: Gavin Smith, 17, will now be tried as an adult for the murders of his mother, step-father and two younger brothers. The family was found shot to death in their Elkview home in Dec. 2020. pic.twitter.com/cnvj1odrAq

Judge Ballard has granted the state’s request to transfer Smith to an adult facility.

He will now be held at the South Central Regional Jail. @WOWK13News

Walker, who was 17 at the time of the shooting, pleaded guilty as an adult in July 2021 to four counts of accessory to first-degree murder after the fact. She was sentenced to 10 years in prison.

Her attorney Robbie Long claimed at sentencing that Smith told his client about being abused at home, according to The Herald-Dispatch.

“She wanted desperately to help him, but she also told the doctors that she did not know how to help,” he said. “That’s where this story takes a tragic turn. The two of them become delusional about their futures together, and unfortunately her boyfriend acted on those delusions, and that’s what brings us here today.” 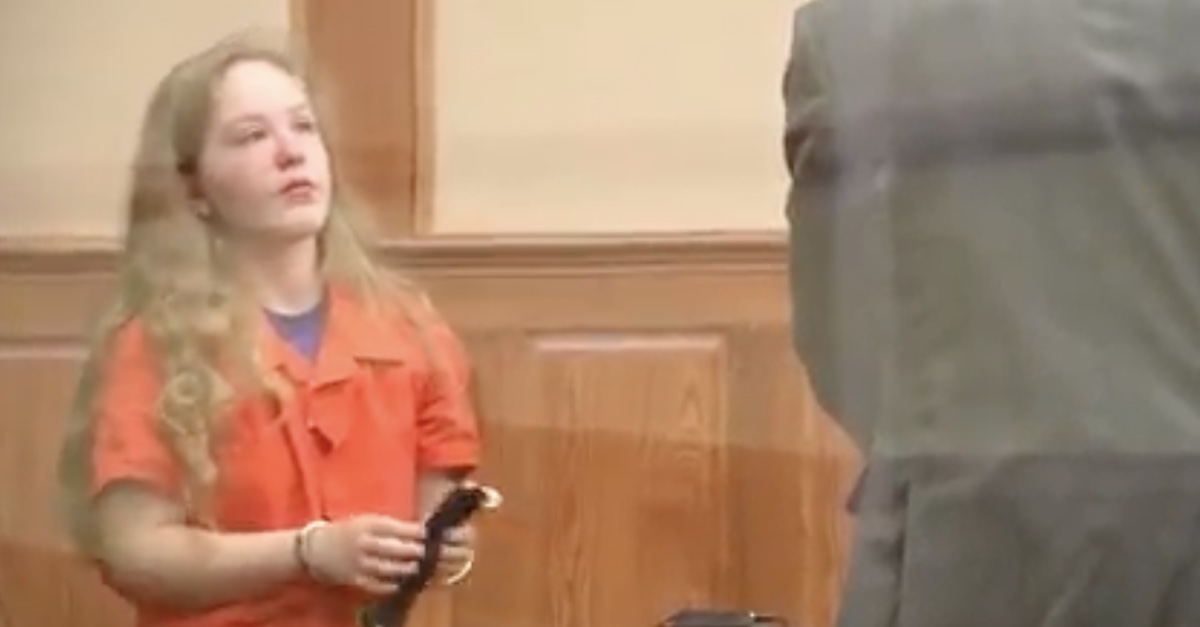 Walker was reportedly set to address the court, but she sobbed upon starting. Long gave her letter to the judge.

Prosecutor Don Morris rejected the idea that the couple was delusional. They were selfish, wanting to spend time together at the expense of lives, he said. He said prosecutors looked at hundreds of social media posts.

“The reason for the state entering this plea agreement, more or less, is that we believe the defendant here was manipulated to a great extent,” he said of Walker. “But because of the nature of the proceeding, I cannot comment on the other party at this point.”

Risa’s father Timothy Saunders said that, as he was told, Walker knew about the plan a month before it happened. A phone call could have stopped it, he said.

“Now all I have is graves to visit, headstones to talk to, where a simple phone call could have prevented all this,” he said.

Jail records show Smith remains locked up as of Wednesday.

[Images of Smith and Walker via WCHS screengrab; Image of Smith walking into court via WOWK screengrab]