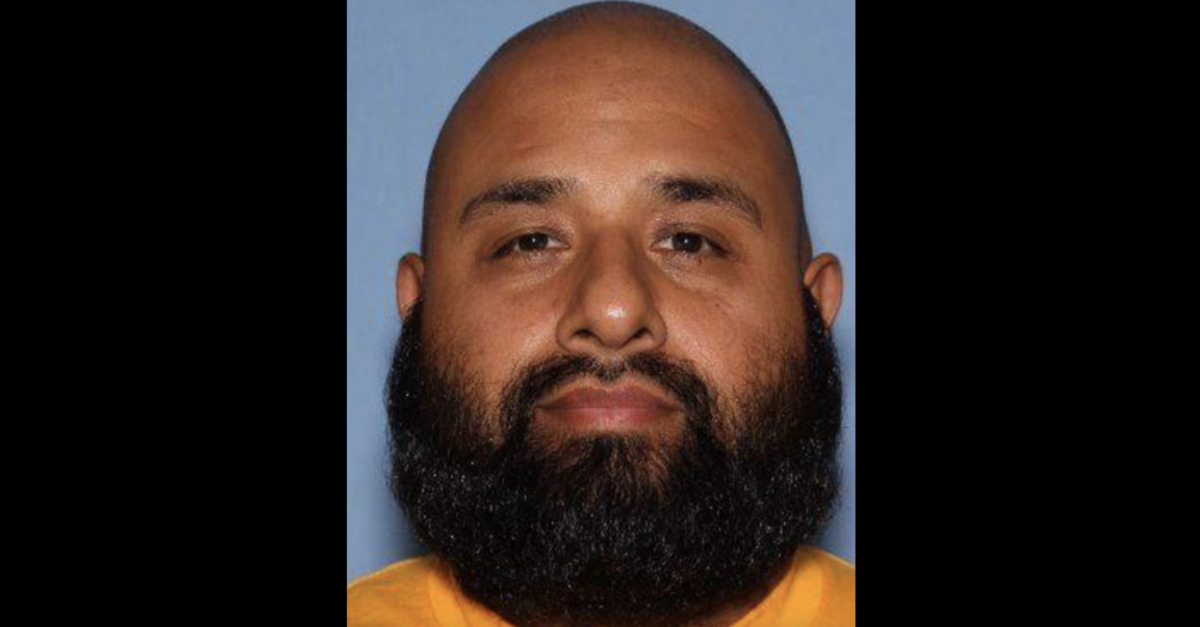 A Washington State man appeared before a judge on Tuesday in connection with a wild shooting spree last month that left three people dead and three others badly injured.

Joshua Puloka, 44, stands accused of three counts of murder in the second degree after allegedly firing a gun outside of the La Familia Sports Bar and Lounge in Des Moines, Wash. on Sept. 26.

According to local ABC affiliate KOMO, surveillance footage shows the altercation that led to the spree of terror outside the bar.

Puloka, who also goes by “Joshua Everybodytalksabout,” can be seen being punched and falling over at around 2 a.m. on the night in question. After that, he allegedly grabbed his weapon and began shooting. Then, according to court documents cited by the outlet, the defendant got on a motorcycle and sped away–gun still blazing.

“He hurt so many people,” Selena Taylor, Ezra Taylor’s mother and Puloka’s onetime mentor at a Christian youth mission, told the outlet. “I gave you my heart, but you took my heart away from me.”

Thirty-one bullet casings were uncovered from the scene of the crime, police said. Not all are believed to have come from Puloka’s gun. According to the Washington State Patrol crime lab, however, all three of the deceased victims were shot by the same Luger 9mm.

According to the Kent Reporter, police have so far not released any information on what led to the dispute that began inside the bar and eventually made its way outside. Probable cause affidavits obtained by the outlet allege that Matthews dealt the blow that sent Puloka falling backwards to the ground. Matthews and another man then attempted to escape as the defendant allegedly kept firing.

Authorities are still on the lookout for a second alleged shooter, 32-year-old Demarcus L. Simmons, who is also said to go by “D NICE.” He is wanted for felony assault, according to local CBS affiliate KIRO.

The defendant has a lengthy criminal record. He was previously charged with second-degree murder in 2014 after allegedly shooting a man at a motorcycle club party in Seattle. He was ultimately acquitted of the murder charge but convicted of third-degree assault and pleaded guilty to unlawful possession of a firearm.

Puloka also shot a man in the leg in February 1999 in Rainier Valley, Wash. and he pleaded guilty to second-degree assault. He spent nine months in prison for that shooting. In March of that same year, he fatally shot another man in Tukwila, Wash. and was charged with second-degree murder years later. He pleaded guilty to first-degree manslaughter in 2003 and served six years in prison for that killing.

The defendant turned himself in on Oct. 25 and was arrested.

He is currently slated to be arraigned within the next two weeks.