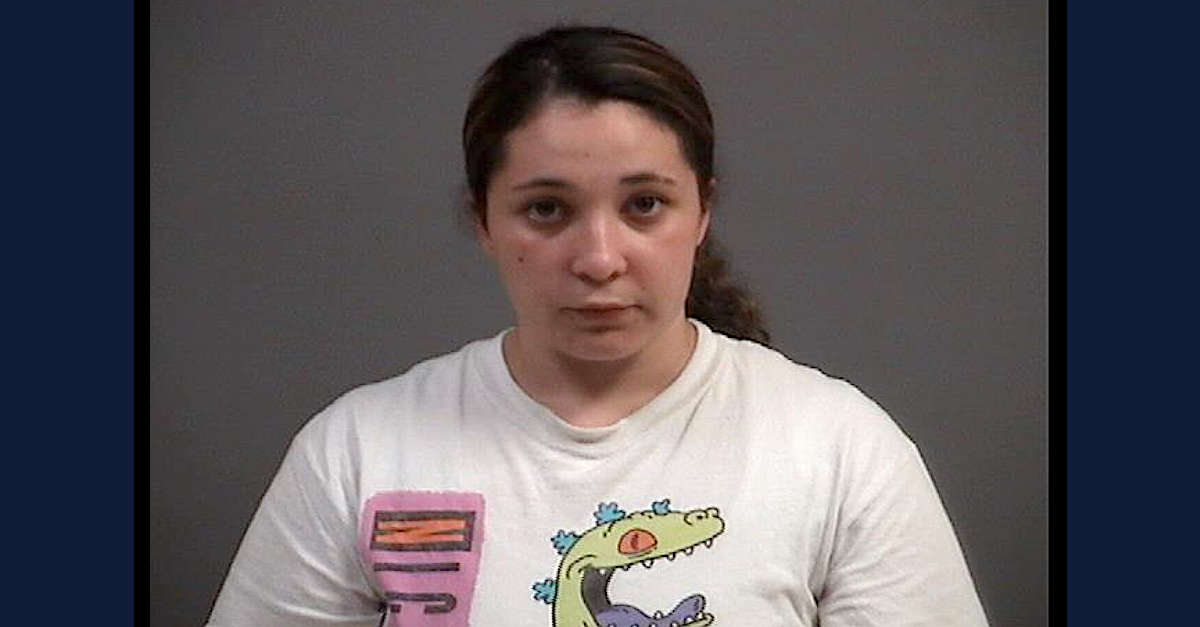 A 32-year-old mother in Virginia this week admitted to killing her 2-year-old son by intentionally giving the little boy methadone in an effort to make him sleep, thereby causing a fatal overdose. Sherrell M. Rivera on Tuesday pleaded guilty to one count of voluntary manslaughter and one count of felony child neglect causing serious injury in the death of Kruz Rivera, authorities confirmed to Law&Crime.

In exchange for her guilty plea, prosecutors agreed to drop the most serious charge Rivera faced, which was one count of felony murder. However, prosecutors said they have not agreed to a sentencing recommendation as part of the plea deal.

According to a report from the Richmond Times-Dispatch, officers with the Chesterfield Police Department and emergency medical personnel on the morning of Nov. 14, 2021 responded to a 911 call about an unresponsive child at the Martha Kay Motel located in the 8800 block of Jefferson Davis Highway. Rivera reportedly lived at the motel with Kruz, the boy’s father, and one other child.

Upon arriving at the scene, first responders discovered Kruz unconscious and not breathing. Medical personnel transported the child to Virginia Commonwealth University Medical Center. Medical personnel were unable to revive the child; he was pronounced dead at approximately 9:13 a.m.

Investigators searched the motel room and reportedly recovered the toddler’s sippy cup, which was still approximately three-quarters full with an unknown substance.

The Office of the Chief Medical Examiner conducted an autopsy and performed a toxicology analysis. The results reportedly showed that the substance in the boy’s cup was a mixture of formula, chocolate syrup, Benadryl, and methadone. The toddler’s manner of death was ruled a homicide, and the cause of death was determined to be methadone toxicity.

Methadone is a prescription drug commonly used to treat opioid addiction. Both Rivera and her husband reportedly had prescriptions for the drug; Kruz was reportedly born addicted to methadone because Rivera abused the drug during her pregnancy.

In an email to Law&Crime, prosecutors said they had obtained evidence that Rivera intentionally mixed the bottle with formula and methadone.

“The commonwealth’s evidence would be that the child died of methadone toxicity,” Deputy District Attorney Ken Chitty wrote. “Rivera prepared the bottle found in the child’s bed which later tested positive for the presence of methadone.”

Additionally, the Times-Dispatch reported that prior to giving Kruz the methadone-laced bottle, Rivera performed several Google searches to research whether the drug would help the child sleep, including one search which asked whether methadone would “slow breathing.”

Chesterfield Circuit Judge David E. Johnson was reportedly hesitant to accept the plea agreement after analyzing whether there was intent behind Rivera’s conduct.

“What I’m up here struggling with is the apparent agreement between the parties that it was not the intent to kill this child. A 2-year-old was already born an addict, spent two years of his life continually exposed to this vile conduct by the mother and then he is ultimately killed by that,” Judge Johnson reportedly said from the bench during the plea hearing. “It shows a willful ignorance and selfishness so reckless, as to amount to proper criminal intent. So, that part of the argument I will not be accepting.”

However, Judge Johnson also reportedly noted that the state could have faced several difficulties in prosecuting the case at trial.

Under Virginia law, voluntary manslaughter includes the intent to harm or kill a person.  Case law describes the offense as “an intentional killing committed while in the sudden heat of passion upon reasonable provocation.”  The crime is a Class 5 felony.  Class 5 felonies are generally punishable by one to ten years in prison.

Rivera’s attorney reportedly argued that both of the boy’s parents had prescriptions for methadone and both had access to Rivera’s cell phone, which was the device used to conduct the methadone-related Google searches.

Rivera is scheduled to appear in court for her sentencing hearing on Nov. 7, 2022.