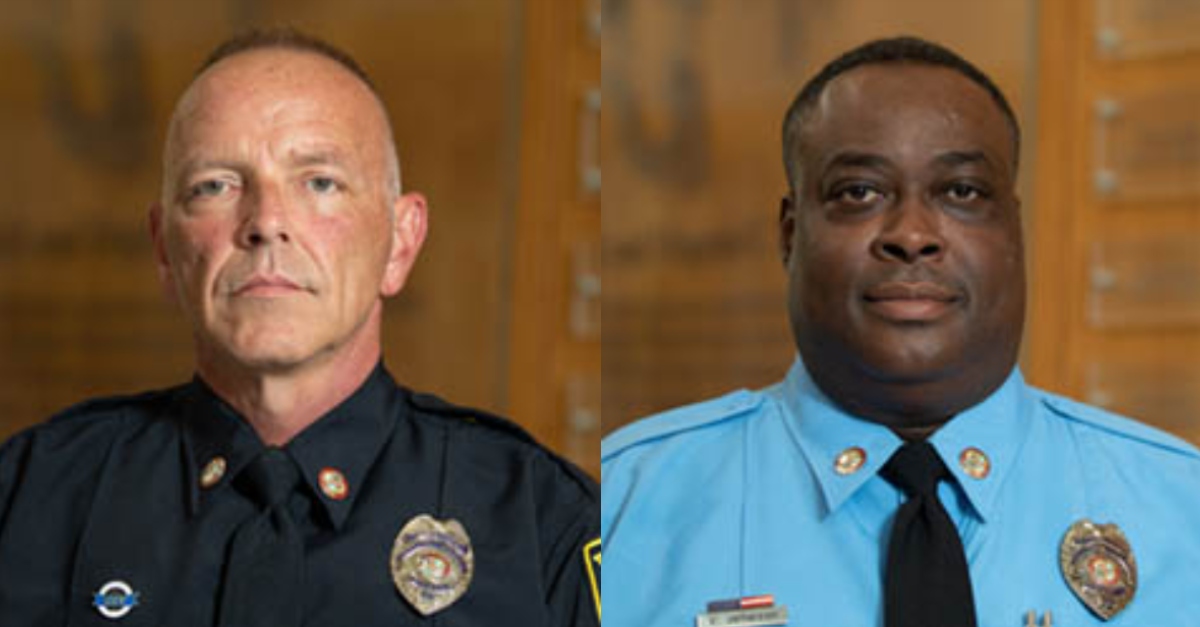 A man shot and killed two officers at a Virginia college on Tuesday afternoon.

Bridgewater College Campus Police Officer John Painter, 55, and Campus Safety Officer J.J. Jefferson, 48, were close friends. The officers responded to a call about a suspicious man on the grounds of Memorial Hall, according to state police.

“After a brief interaction with the man, the subject opened fire and shot both officers,” cops said. “The man then fled on foot.”

Painter and Jefferson died at the scene.

State police spokesperson Corinne Geller declined to elaborate much during a press conference about what happened at Memorial Hall, saying the shooting was under investigation. Nonetheless, the spokesperson did say that that the suspect, identified as Alexander Wyatt Campbell, 27, was in a place he should not have been. Employees had found Campbell and startled him, she said. 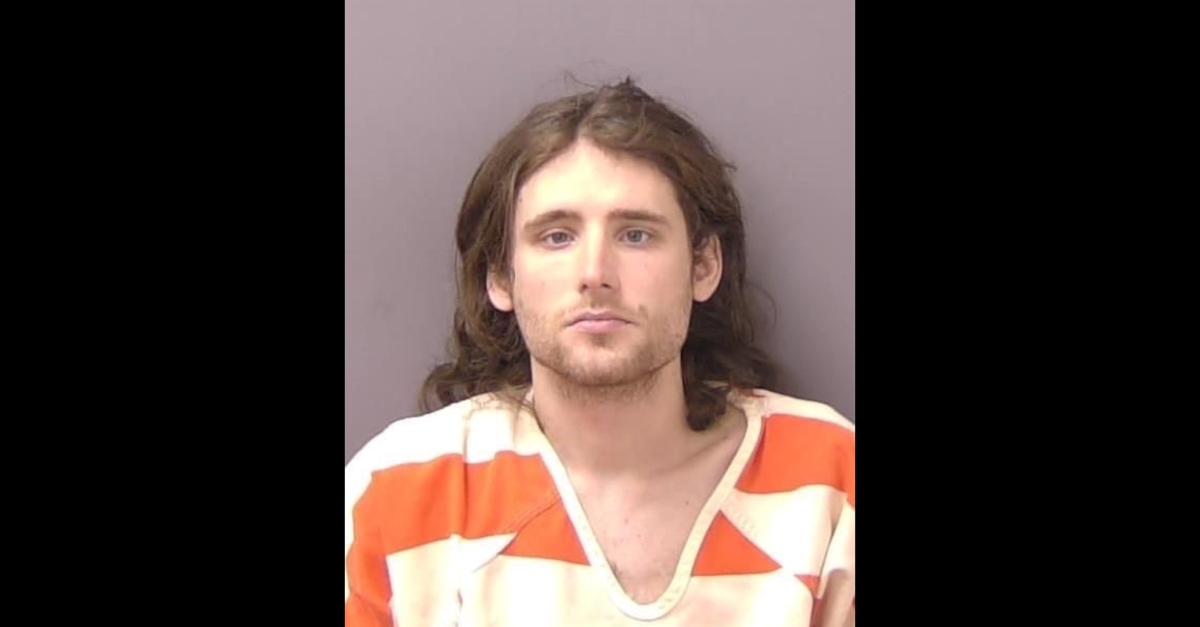 Local police and deputies responded to the scene, and they found Campbell in the town.

“A man fitting the shooter’s description was located on Riverside Drive in the town of Bridgewater,” state police said. “He then waded through the river and onto an island in the North River, which is located in the town of Bridgewater. Harrisonburg Police, Rockingham County Sheriff’s Deputies and Virginia State Police Special Agents took the individual into custody without further incident.”

The suspect was suffering a non-life threatening wound, and was treated and released from Rockingham Memorial Hospital on the same day. Investigators are still trying to figure out if Painter shot him, or if Campbell did it to himself.

“State police is still working to determine if he was shot by the Bridgewater College Police Officer or suffered a self-inflicted gunshot wound,” police said. “Multiple firearms associated with Campbell have been recovered as evidence. Campbell’s last known address was Ashland, Va.”

Geller said investigators found these guns on and off campus. She declined to say if Campbell was a student, let alone describe his link to campus. The motive remains under investigation, she said. Campbell remains held at the Rockingham County Jail without bond.

“These officers were close friends, known to many of us as the ‘dynamic duo,'” Bridgewater College President David Bushman said in a statement. “John was J.J.’s best man in his wedding this year. They were beloved by students, faculty and staff. I hurt for their families and loved ones, as I know we all do.”

J.J. celebrated his 48th birthday on Saturday, his mother Willie B. Jefferson told The Washington Post.

“I loved my son, and he loved us,” she said. “He went beyond to help people.”

Bushman offered his condolences to Painter’s and Jefferson’s families in a press conference.

“This is a sad and dark day for Bridgewater College,” Bushman said in his online statement. “I know we all have so many questions and not many answers. One thing I do know, though, is that we will rally around one another and support each other as we move forward from this day. We are all victims, though some much more so than others, and it will be important that we each seek to find comfort and support in the ways most meaningful for us.”

“My heart is broken tonight by the tragic loss of two officers at Bridgewater College today,” he said. He said that he and his wife, state First Lady Suzanne Youngkin, asked Virginians to keep Painter’s and Jefferson’s families and friends, as well as the Bridgewater community, in their thoughts and prayers during this difficult time.

Today, I issued the following statement on the tragedy at Bridgewater College: pic.twitter.com/qXxgjZehYG

“Every day, brave men and women put their lives at risk when they put on a uniform and a badge, and protect our communities,” United States Attorney Christopher R. Kavanaugh of the Western District of Virginia said in a statement. “These two men are examples of what we should all aspire to be — courageous in the face of danger and willing to sacrifice for the benefit of others. The Department of Justice and our community mourns the loss of these two heroes, and we will honor their legacy.”

State police ask that anyone with video, images, or information on this shooting to contact investigators at [email protected]