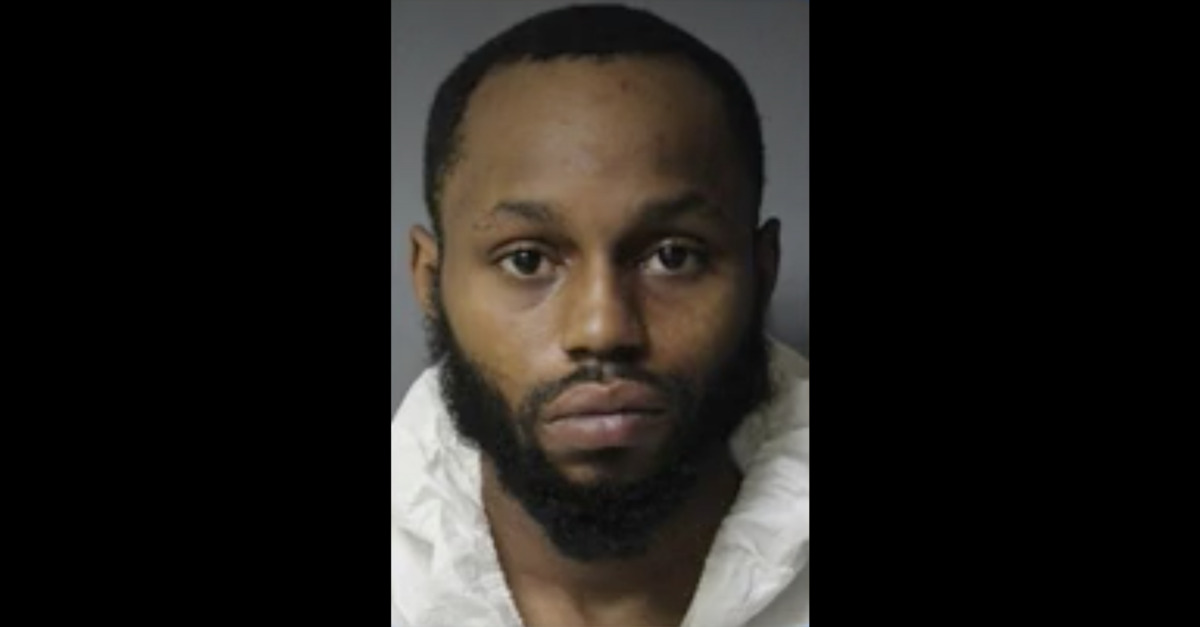 A Virginia man pleaded guilty on Monday to the brutal murders of his girlfriend and their two infant children.

DuWayne Warren, 26, admitted to a series of three slayings that occurred over a 12-month time period.

The admitted killer first took the life of his 3-month old daughter Evonne in late 2019. The infant’s cause of death was determined to be “suspected asphyxia” by the Norfolk Office of the Chief Medical Examiner (OCME) at the time who noted that she “died under suspicious circumstances.”

That finding was recently reassessed after the father was charged with murder in the second degree over the death of his son and the mother of both children. In December 2020, one year after the 3-month-old girl’s death, Warren killed his 22-year-old girlfriend Epifani Andrews and their 3-month-old son Damere.

According to a second OCME report obtained by local media, the mother and son had both been beaten to death. The baby boy may have also been smothered, authorities said; Andrews was found to have been cut and stabbed at least 25 times.

Additional findings detail substantial abuse was inflicted on the baby boy throughout his brief life.

According to authorities, Damere had extensive bruising throughout his body while scars were found on his face, scalp, neck and back. Damere also had a bite mark on his thigh, evidence of a fracture to his left arm that had already healed and several fractures to his ribs–some new; some old.

Investigators consulted a forensic anthropologist who determined that the fractures suffered by the child were consistent with at least three separate instances of child abuse.

“This suggests that baby Damere had been beaten multiple times in his short life,” the OCME’s report says.

The bodies of 22-year-old Epifani Andrews and 3-month-old Damere were discovered in the couple’s living room on Dec. 29, 2020 after police were called about a disturbance during the mid-afternoon.

Warren was arrested and charged the next day. He was eventually subject to a formal indictment by a grand jury in July of this year.   According to police, Warren quickly admitted legal culpability by saying that he was “sorry for what he did” and that he had been “squeezing the baby around the chest.”

The defendant has been held in the Norfolk City Jail without bond since his arrest late last year. He has reportedly refused to speak with local media but posted an apology on his Facebook.

“I’m sorry,” Warren posted online during the day between the latter killings and his arrest. “What I’ve done is unforgivable … Piff I love you so much n I’m sorry for not being a better and loving father to our babies may they RIP. I took everything from you and all I wanted to do is give you the world.”

According to local NBC affiliate WAVY, Warren was deemed sane and competent before he entered his guilty plea in court on Monday morning. The outlet reports that the Commonwealth’s Attorney attempted to have substantial portions of the state’s evidence in the case sealed due to the graphic nature of the child abuse but Judge Jerrauld Jones ruled against that request in the name of keeping the public informed of the goings-on in their courts.

“I’ve never heard anybody scream like that in my life, ever,” an anonymous woman told local affiliate ABC affiliate WVEC. The woman, who called authorities last December, was describing what she heard when the mother and son were being murdered.

“And I just set in an instant panic, and the only thing I could do was just immediately be like, I gotta call 911,” she added.

Warren’s sentencing is reportedly expected to take place in Feb. 2022.