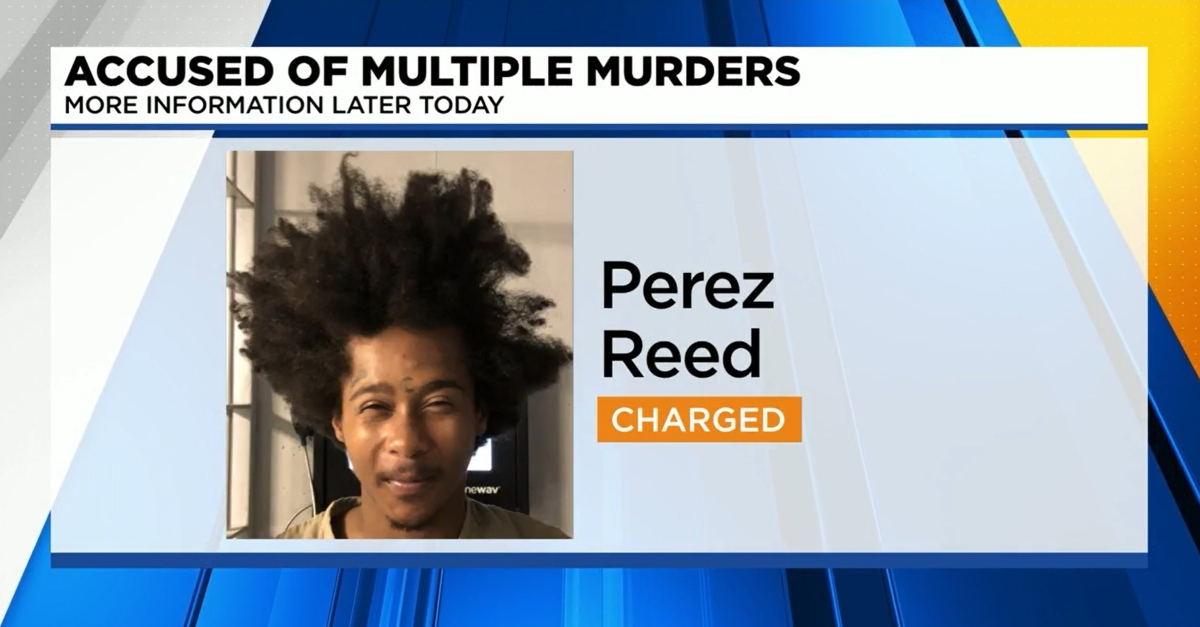 Authorities in Missouri are announcing charges against a man linked to a recent spate of suspected murders. The suspect’s name is Perez Reed, and he is 25 years old.

Reed faces two counts of first-degree murder, one count of assault in the first degree, and three counts of armed criminal action in St. Louis County for allegedly killing Marnay Haynes, 16, on Sept. 13, killing Lester Robinson, 40, on Sept. 26, and injuring a third man on Sept. 12, according to St. Louis Today. The survivor, identified in court documents as “L.M.”, suffered permanent disability.

A second survivor, “R.H,” was shot in the face late Sept. 16 in St. Louis. She was still conscious and could breathe but was unable to tell cops what happened, officers said.

Authorities said that they arrested Reed with a .40 caliber gun that matched shell casings found in these six St. Louis City and County shootings from September 2021.

Charges are also possible for two deaths in Kansas City from late October. Authorities said surveillance footage showed Reed and Damon Irvin, 35, entering the victim’s apartment the night of Oct. 28th. Irvin was found shot to death in that apartment on Nov. 1.

On Oct. 29, Reed allegedly entered the same apartment building with Rau’Daja Fairrow, 25, right before 7 p.m. and left about 15 minutes later. The two had communicated over cell phone 652 times in October, authorities said. Fairrow was found dead and nude in her apartment on Nov. 2, authorities said.