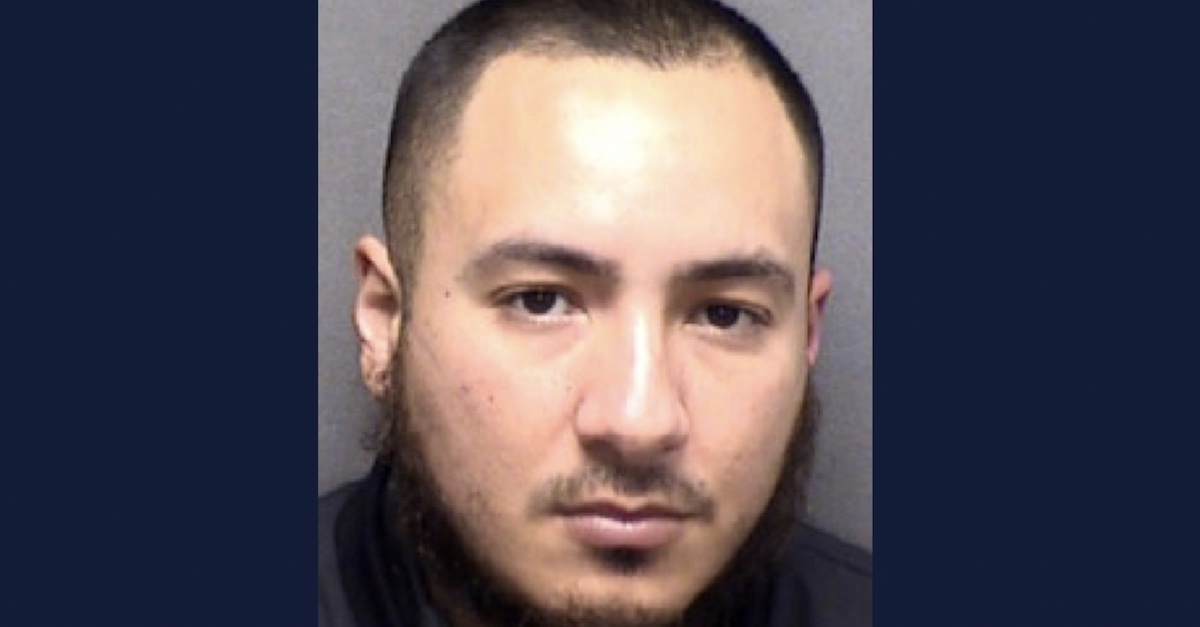 A father in Texas was arrested this week after police say he intentionally abused and starved his young son to death. Brandon Lee Cervera, 28, was taken into custody on Thursday and charged with one count of injury to a child with the intent to cause serious bodily injury in the August 2021 death of 4-year-old Benjamin Cervera.

According to a probable cause affidavit obtained by San Antonio ABC affiliate KSAT-TV, Brandon Cervera on August 17, 2021 brought an unconscious Benjamin Cervera to the emergency room at the Children’s Hospital of San Antonio. A nurse reportedly called 911 and told police that a young boy had just been brought to the ER in a condition that was likely indicative of abuse.

Benjamin was reportedly covered in bruises in various states of healing and appeared to be extremely emaciated. He was also wearing a disposable diaper, which authorities noted was unusual for a child less than two months away from turning 5 years old, San Antonio Fox affiliate KABB reported.

The medical staff attempted to resuscitate the child but their efforts were unsuccessful and Benjamin was pronounced dead just minutes after arriving at the facility. Homicide detectives with the San Antonio Police Department responded to the scene and similarly noted that Benjamin appeared to be severely undernourished and sustained bruising indicating physical abuse.

Homicide investigators interviewed Cervera, who allegedly claimed that all of his son’s injuries were self-inflicted. He allegedly further stated that a family member staying at his apartment had cell phone video proving that Benjamin had been harming himself.

The Bexar County Medical Examiner’s office performed an autopsy, however, and in an initial report determined that Benjamin’s injuries were not self-inflicted; they were the result of physical abuse, and were not the cause of his death, KABB reported. The medical examiner later concluded that Benjamin was starved to death.

Detectives obtained and executed a search warrant on Cervera’s apartment where they reportedly uncovered alarming evidence of the abuse Benjamin suffered at the hands of Cervera.

Inside the apartment, the kitchen cabinets, pantry door, and refrigerator had all reportedly been fitted with locks meant to keep Benjamin from getting to the food inside, per KABB. There was also a lock on the outside of the door to Benjamin’s bedroom that was apparently used to keep the child locked inside. The boy’s bedroom reportedly only contained a single mattress that was heavily stained with urine.

According to KABB, a cell phone seized from a relative who was staying at the apartment contained numerous harrowing videos and pictures further evincing abuse. One video reported showed a starving Benjamin “hitting himself on the head with his hands and asking for bread.” Benjamin appeared in a recent photograph with his “eyes severely bruised and swollen,” the report stated.

Per the KABB report, the videos on the family member’s phone only got more disturbing.

A second video reportedly showed Cervera and the relative refusing to give Benjamin food while the little boy was “shaking uncontrollably, crying, and begging for bread and water.” In another video, Benjamin was forced to “eat bread crumbs off the bathroom floor without the use of his hands,” as the report described it.

Other videos reportedly depicted Benjamin being forced to drink hand sanitizer and “begging for water while crying and waving his hand in front of his mouth saying it was burning,” KABB reported.

Cervera is currently being held in the Bexar County Jail. A magistrate judge set his bond at $500,000, online records show. He is currently scheduled to appear before a judge for a preliminary hearing on March 29.

Records show that Lee is also scheduled to begin a jury trial next month stemming from 2018 charges of threats and harassment.

The family member whose cell phone was seized has not been charged in Benjamin’s death.