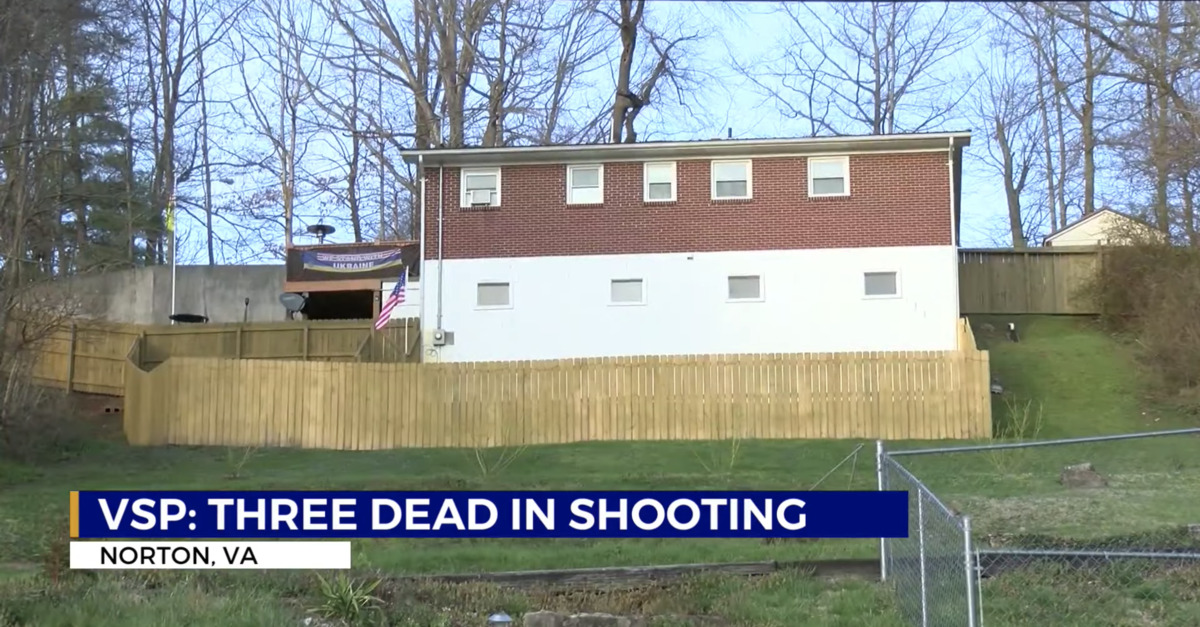 A Virginia man killed his wife and mother-in-law before killing himself in a double-murder suicide over the weekend, police say.

On April 10, 2022, Vivian A. Wampler, 53, and her mother, Elizabeth A. Sturgill, 81, were both shot and killed inside of a house in a Norton, Va., which is located near the Kentucky border. The deceased’s bodies were found in the afternoon, apparently moments after law enforcement learned about the violence about to unfold.

“The incident occurred shortly before noon Sunday when the Norton Police Department received a 911 call from an individual at the residence,” the Virginia State Police said in a press release on Monday. The agency did not identify which person called for help.

The presumed assailant, Bryan C. Wampler, 53, was also found in the house. Police say they found the gun believed to have been used in the slayings soon after the bodies were recovered.

Details regarding the multiple murders are currently scarce. Law enforcement has not released a potential motive over the incident.

Officers with the NPD were the first to arrive and survey the household. The VSP began examining the scene of the crime around 3:00 p.m. on the day in question, according to the Johnson City Press.

“Based on the evidence collected at the scene at this stage of the investigation, it appears to have been a murder-suicide,” VSP spokesperson Corinne Geller said on Monday, the local paper reports.

That staff report from the City Press contains some of the most detailed reporting on the scene of the tragic violence:

Three vehicles were in the home’s driveway: a sedan, an SUV and a pickup. The truck, parked behind the other two vehicles, had its tailgate down and the bed loaded with bags of topsoil and garden rocks.

A VSP evidence collection team entered the home around 3:30 p.m., with three Norton Rescue Squad ambulance crews waiting until 5:20 to remove the bodies.

A flagpole along the driveway flew a U.S.-Ukraine flag banner, and a white and brown dog wandered the property, nosing at the side door, before an officer was able to collect the animal and give it to relatives of the victims.

Initially, the names of the deceased were not released by local authorities.

The investigation is ongoing, however, and both police agencies involved said there was no evidence of an ongoing threat to the public. The continued inquiry is being conducted by the NPD, the VSP Bureau of Criminal Investigation’s Wytheville Field Office, and the Wise County Commonwealth’s Attorney noted in a joint press release obtained by Law&Crime.

“It never gets easier receiving news of tragedy and loss in our community,” Commonwealth’s Attorney Steven Davis said in a statement. “I would like to thank the City of Norton Police Department and Dispatch for their hard work handling this matter today and in the days ahead. I am also thankful for those supporting agencies who have assisted in this investigation: Virginia State Police, Wise County Sheriff’s Office, and UVA-Wise Campus Police. I appreciate the collaborative efforts across law enforcement departments when tragedy hits. Our prayers go out to the family and friends of those affected by today’s events.”

According to Petersburg, Va.-based ABC affiliate WRIC, the bodies of all three were taken to the Office of the Medical Examiner in Roanoke, Va. in order to conduct additional examination and autopsies.