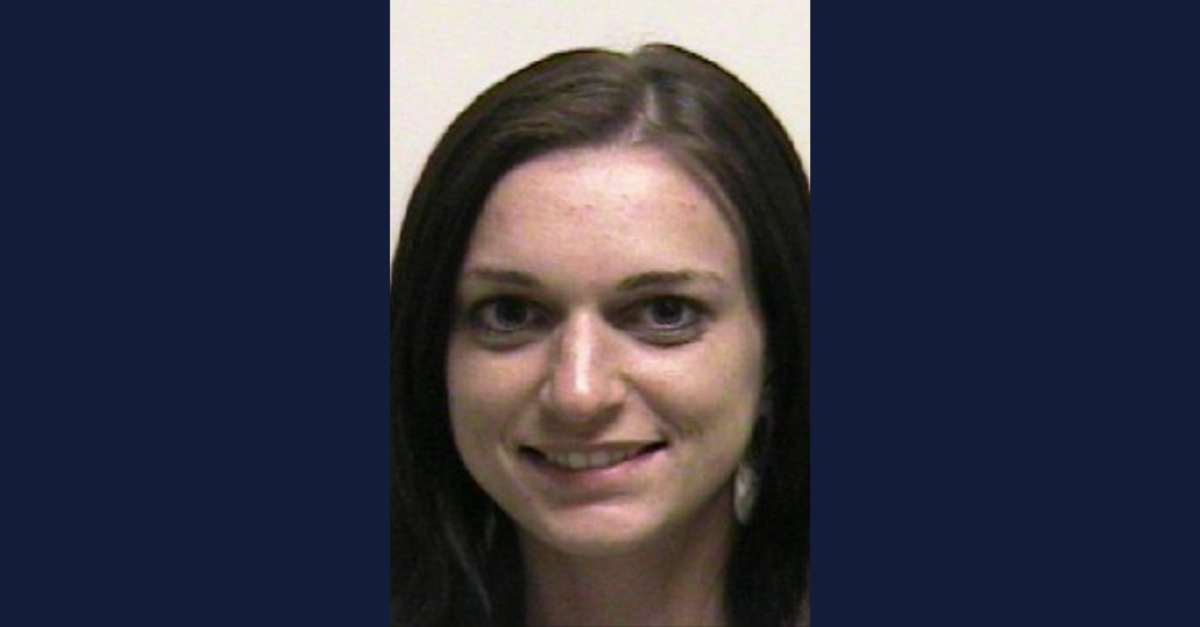 A Utah woman is accused of shooting her elderly stepfather in the head. Krista Mortensen, 33, initially reached out to a neighbor for help, but ended up locking herself in a bedroom while covered in blood, officers said in local reports.

Authorities identified the victim as Michael Huff, 75. Family remembered him as a decorated Vietnam War veteran.

“Michael Huff, who passed away yesterday, served with the 101st Airborne Division from 1969 to 1971 in the Vietnam conflict,” relatives said in a KUTV report. “He was awarded the Bronze Star three times and received several other commendations and citations for service.”

Authorities said paramedics were called out to the home in Springville, Utah, at around 11 a.m. on Wednesday.

Mortensen had run out to a neighbor’s home, and asked for help with her father’s feeding tube, according to officials in a KSL report. But first responders called law enforcement upon arriving at the scene. Officers said Huff had been shot in the head. There was a gun by his feet.

Mortensen had locked herself in an upstairs bedroom and refused to step out, authorities said in the KUTV report. An officer discovered her inside in a fetal position. There was blood on her hands, arms, and clothes, cops said.

She said she wanted a lawyer, but made an unprompted admission about shooting and killing Huff, officers said in the KSL report. Mortensen fought when first responders attempt to get her DNA, gunshot residue, and blood under warrants, police said.

Officers described her as a danger to herself and others.

Mortensen said something to the effect of needing to move or “get out of here,” Bubash said.

Online records show that Mortensen is locked up on charges of murder, possession of a dangerous weapon by a restricted person, and obstruction of justice.

Mayor Matt Packard said he grew up with Huff, calling him a great guy.

Mayor Pckard says he grew up with yesterday’s homicide victim Mike Huff. Said he was a great guy who lived in Springville his whole life. @KUTV2News pic.twitter.com/EKuO9s64Um

“Mike was a sweetheart and would do anything for anybody,” Bubash added.

Huff’s death follows a recent spate of homicides in the city of Springville, with its estimated population of more than 36,000 people. This is the third homicide in about a week.

Masao Kaanga, 19, shot his ex-girlfriend Lily Conroy, 17, on May 18, then died by suicide, authorities said. Conroy was taken off life support over the weekend.

The Chief says his agency was holding a meeting with officer to discuss mental health and trauma yesterday when they had to run out and respond the shooting. Very unusual situation for this city, no known connection between any of the homicides.

Hunter Lamoreaux, 25, allegedly admitted he shot and killed acquaintance Gregory Shaffer, 42, on the victim’s front porch on Saturday over a custody battle that Shaffer was involved in.