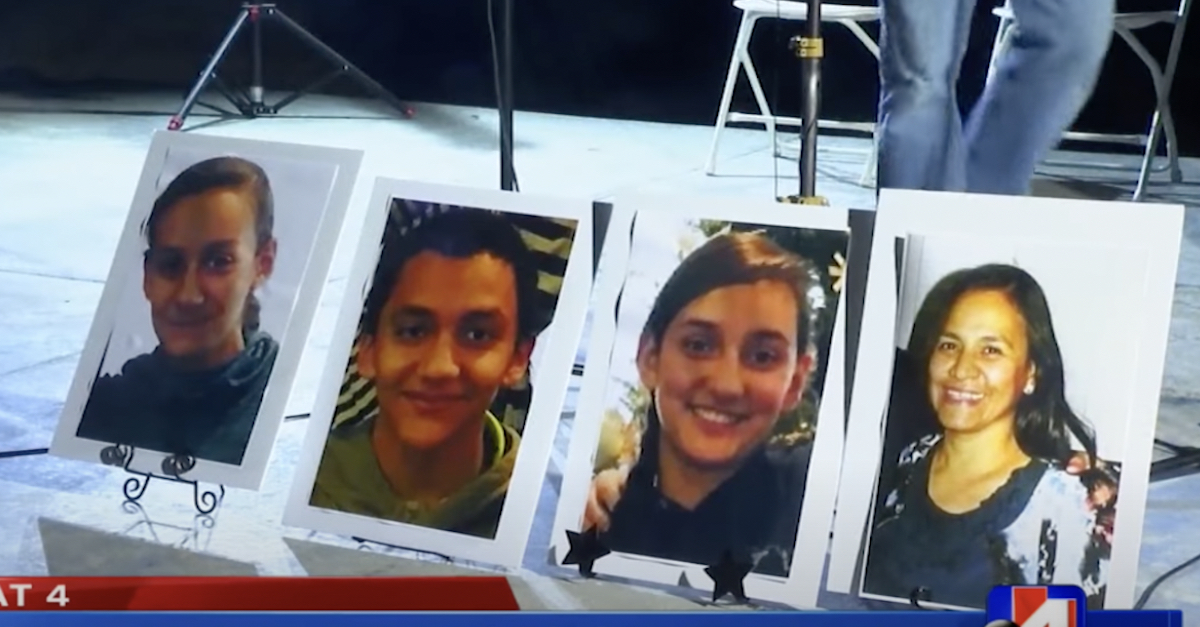 Photographs of Colin Jeffrey CJ Haynie’s mother and siblings at a memorial service for the victims.

A 19-year-old Utah man has admitted to the cold-blooded executions of his mother and three siblings when he was just 16 years old, authorities announced.

Haynie also pleaded guilty to one count of attempted aggravated murder for shooting and injuring his father, Colin Haynie. All five charges are first-degree felonies.

According to a press release from the Tooele County Attorney’s Office, because Haynie was 16 years old when he shot his family, the maximum penalty for each of the charges is “an indeterminate prison term of not less than 25 years and may be for life.”

Prosecutors previously outlined how Haynie on Jan. 17, 2020 stayed home from school and was armed with a handgun as he laid in wait for each member of his family to arrive home, Salt Lake City ABC affiliate KTVX reported. The shootings reportedly began at approximately 1 p.m. when Haynie’s mother and youngest sister arrived home. Haynie’s mother had just picked up the little girl from school. Prosecutors reportedly said that both victims suffered multiple gunshot wounds to the head, neck, and upper body.

About an hour later, at approximately 2 p.m., Alexis arrived home from school and Haynie reportedly shot her in the head multiple times.

Several hours later, at approximately 5:15 p.m., Haynie killed his brother Matthew with a single bullet to the head after the younger boy got home.

According to KSL, Tooele County Attorney Scott Broadhead said that Haynie shot and killed all four deceased family members “fairly soon” after they arrived at the family home.

The final family member to arrive home that day was Haynie’s father. When he walked into the house, Haynie reportedly shot the man in the leg. The elder Haynie was only wounded, however, and the two struggled over the handgun until Haynie was reportedly able to hit his father in the head with a hard unknown object.

16 y/o Colin Jeffery “CJ” Haynie the teen charged with killing his mother and 3 of his siblings is in court this morning. His father is also present in the courtroom. Detail on @KSL5TV pic.twitter.com/d3IevqlpSl

That’s when the 16-year-old allegedly confessed to killing the rest of the family.

The father was then able to wrestle the handgun away from his son, and a family friend reportedly drove the two of them to the hospital for medical treatment.

Broadhead previously said that prosecutors were unaware as to why Haynie appeared to willingly accompany his father to the hospital after executing most of his family.

The teen has reportedly remained uncooperative since his incarceration. While he reportedly told investigators that he sought to kill everyone in the house except himself, he has steadfastly refused to disclose his motive for the massacre.

Haynie, who is being held in a juvenile detention center on $4 million bond, is currently scheduled to appear for his sentencing hearing on Dec. 7, 2022.