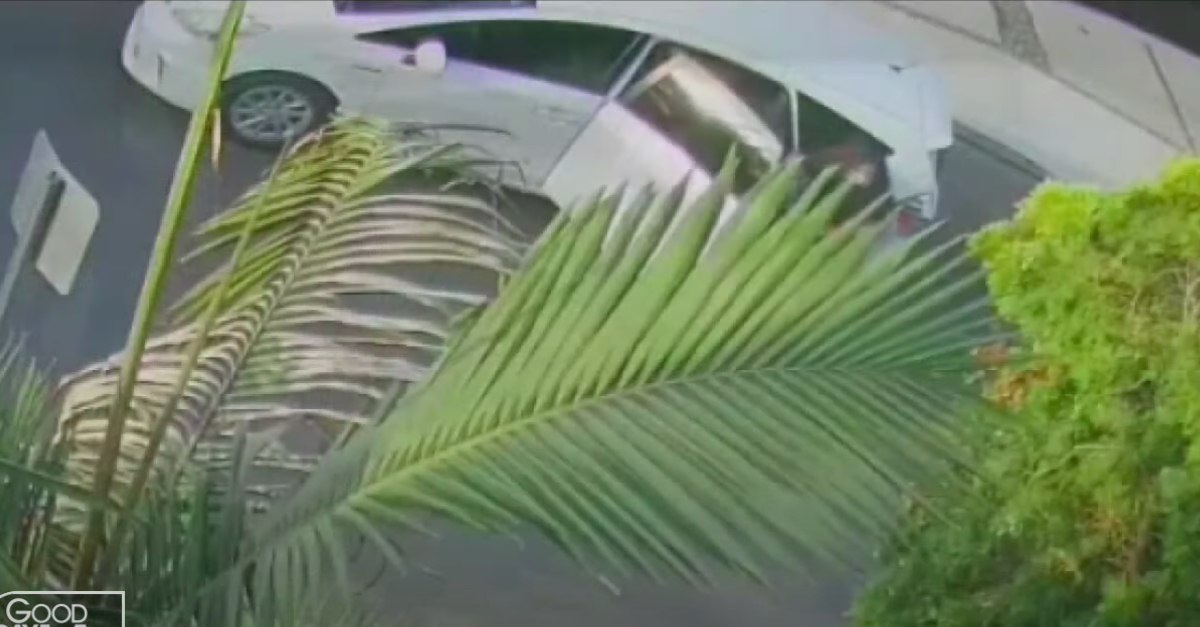 An Uber Eats driver in California was allegedly caught on tape stealing a family’s cat from the front yard of their home last week, placing the feline in a brown paper bag in the backseat of her white car before dropping off a food delivery order to the family’s neighbor, multiple local news outlets reported on Sunday.

Studio City resident Patrick Lewis, who found the then-kitten 18 years ago in Brooklyn and named her Hog, told CBSLA that he realized his pet was missing on Tuesday and immediately began to search for her, asking his neighbors if they’d seen anything unusual. One of Lewis’s neighbors came forward and told him that they’d seen a woman they did not know pick up the cat, while a second neighbor told him their security surveillance camera had captured the cat theft on film.

“I’ve actually only watched it one time. I can’t,” Lewis said of the surveillance video showing Hog’s abduction. “For me, it’s heartbreaking to see. That’s my little girl being kidnapped pretty much. That’s what it looked like to me.”

A third neighbor who viewed the footage was able to identify the woman as the Uber Eats driver who had delivered her food a few days prior. That neighbor was still in possession of the receipt from the delivery, which included the driver’s first and last name.

Lewis told CBSLA that “the weirdest thing, that she literally—she picks up the cat, throws her in and then drops off a delivery from The Counter upstairs, like just kind of … I don’t know and then just drives off. She doesn’t look like a stray. She’s not a …  she has a collar.” 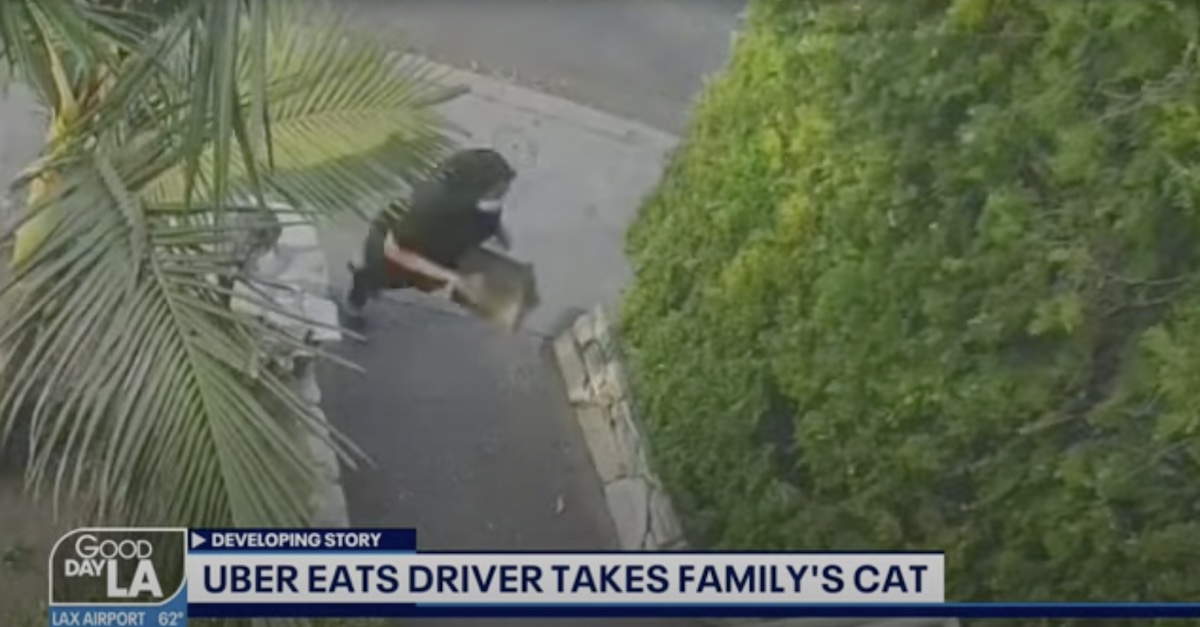 The driver allegedly took off Hog’s collar and left it on the sidewalk, per a report from FOXLA 11.

Lewis said called Uber Eats about the driver and made it “very clear” that he and his family are not angry with the driver and aren’t looking to get her in trouble, but said the family was heartbroken.

“We just want our cat back. That’s all we want.”

In a written statement to CBSLA, Uber Eats said the incident was “unacceptable,” saying the company had already been in contact with the driver and would do whatever it could to rectify the situation.

“What the customer reported is unacceptable,” the company said. “We are working to get the cat returned, stand ready to help in the police investigation, and will take the appropriate action against the delivery person.”

Lewis told local news outlets that his cat was beloved by generations of residents in the neighborhood, noting that children in the neighborhood had participated in drawing contests of the cat and often made outfits that Hog would wear.

“Hog is in a weird way the first thing I kind of was a dad to, so we just want her back,” Lewis said.

The name of the Uber Eats driver was not mentioned in any of the reports.