U.S. Marshal Indicted for Allegedly Luring Men from Craigslist to Rape His Wife in Plot to Blame His Ex-Girlfriend 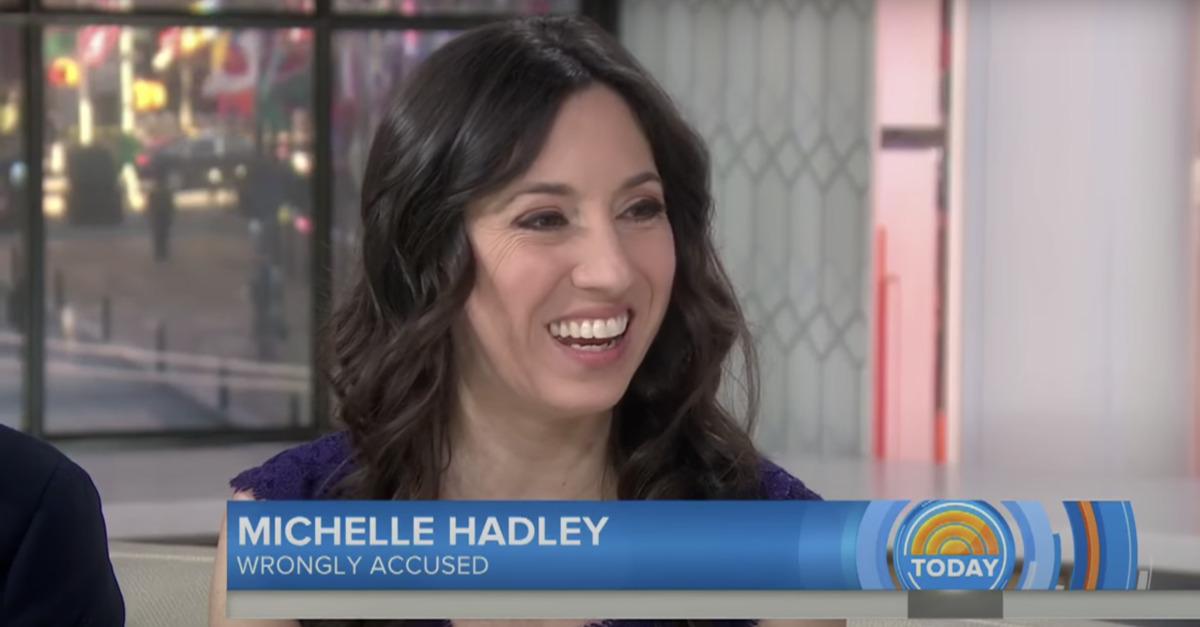 A member of the U.S. Marshals was indicted after allegedly soliciting people from Craigslist to sexually assault his then-wife in an elaborate plot and scheme to frame his ex-girlfriend.

Ian R. Diaz, 43, was arrested Thursday on one count each of cyberstalking, conspiracy to commit cyberstalking, and perjury. He faces a statutory maximum of five years in prison.

The allegedly devious artifice dates back to 2015 when Diaz was living in a shared condominium with his then-girlfriend Michelle Hadley. Diaz and Hadley eventually parted ways but there was a dispute over the property they legally shared.

Authorities say Diaz and his now-former wife Angela Diaz came up with the idea to lure men from Craigslist into believing they were part of a doubly illusory “rape fantasy” scenario concocted by Hadley. But the Diazes were really the ones behind it.

In this drab and falsified series of events, the men would show up and attack Angela Diaz. Then, Hadley would take the blame — or at least that’s what the Diazes hoped.

The court papers allege that Diaz and his then-wife “posed as” Hadley and “sent to themselves harassing and threatening electronic communications” that included “express or implied threats.”

The indictment elaborates on the details:

Defendant [Ian Diaz] and [Angela Diaz], sometimes posing as [Hadley], and based in part on defendant [Ian Diaz’s] prior knowledge of, and experience with, Craigslist and “personal” advertisements, used Craigslist, e-mail, text messaging, and other methods to solicit, and then lure, individuals found through Craigslist “personal” advertisements, to come to the [condo] and engage in a “rape fantasy” with [Angela Diaz], in an attempt to stage a non-consensual sexual assault on [Angela Diaz], with the other party believing that the sexual encounter would be consensual.

The then-married couple allegedly “staged one or more hoax sexual assaults and hoax attempted sexual assaults” on Angela Diaz, the indictment continues. They then proceeded to “reported the conduct described in [the indictment] to 911 operators, local law enforcement, and others, and falsely claimed that [Hadley] was responsible for the conduct and that [Hadley] posed a genuine and serious threat to [the Diaz couple’s] safety.”

“At what point does this girl get arrested for sending this shit and hiring guys off Craigslist to rape [Angela],” Ian Diaz allegedly told law enforcement in June 2016.

Hadley was eventually arrested due to those false reports.

She spent three months in jail before her name was cleared and she was finally released in January 2017.

Angela Diaz was charged with numerous state crimes that same year and sentenced to five years in prison.

After spending 88 days behind bars, Hadley filed a civil lawsuit against the City of Anaheim, Calif., the Anaheim Police Department and the Diazes.

In a statement, she hailed Ian Diaz’s arrest and indictment.

“My family and I have waited a long time for justice, and this has brought us a lot of peace after years of fighting,” she said.