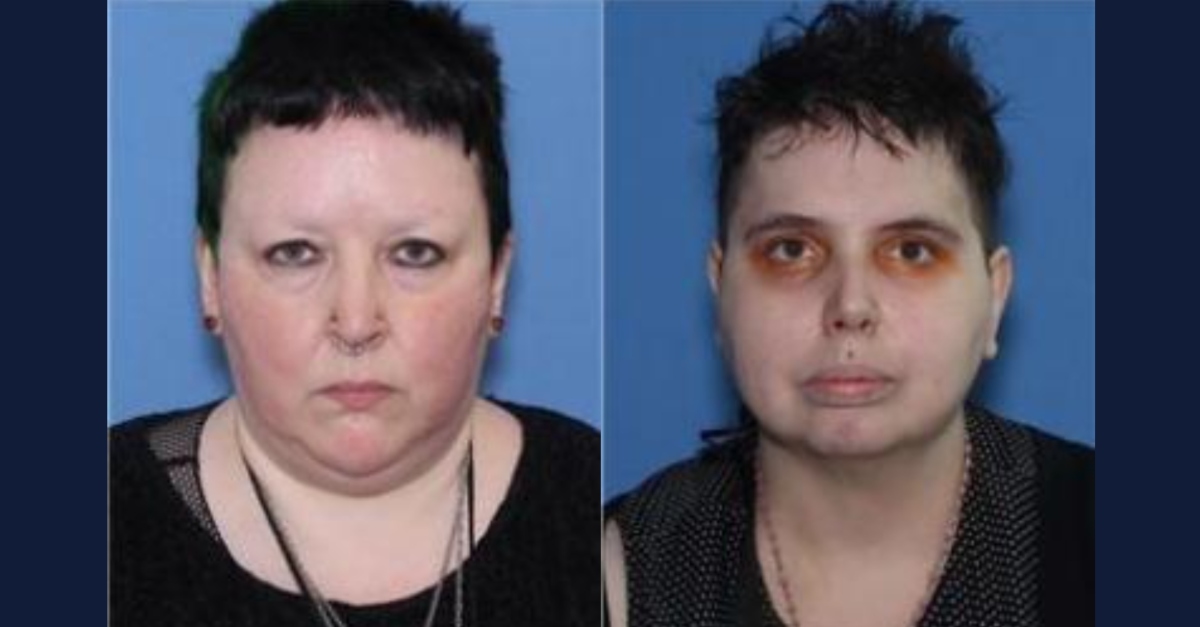 Two women were arrested after allegedly shooting a man to death and fleeing across state lines in his minivan. The Tillamook County Sheriff’s Office in Oregon named the defendants as Alyssa Z. Sturgill, 40, and Lisa M. Peaslee, 41.

According to authorities, a deputy found the deceased victim — identified only as a 52-year-old man — at a campsite in the Tillamook State Forest. Someone had shot him and stole his minivan.

“On Friday, December 2, 2022, while making campsite visits in the East Fork of the Trask area of the Tillamook State Forest, a Tillamook County Sheriff’s Deputy located a deceased 52-year-old male in a campsite and his barking dog tied to a nearby tree,” deputies said. “Evidence found on scene indicated the man had been shot and his vehicle had been stolen. Spent cartridges and a firearm were also located on scene.”

Investigators treated Strugill and Peaslee as persons of interest.

“Based on previous contacts with law enforcement, it was known that both Sturgill and Peaslee were living in their car at the same location where the victim was found in the Tillamook Forest, and their vehicle was still at the location. The victim had been staying in a nearby campsite,” deputies said.

The women were “involved in the shooting” and stole the man’s light blue 2002 Toyota Sienna minivan, deputies said. the sheriff’s office put out an alert to law enforcement agencies in the west. According to authorities, their counterparts in Mineral County, Nevada, arrested the women, who were driving the man’s stolen minivan. Sturgill and Peaslee were taken into custody for local charges including possession of a stolen vehicle and held without bail.

“We are extremely grateful for the professionalism and the cooperation of all of the agencies involved that led to the quick apprehension of these two criminals,” Detective Sgt. Michelle Brewer said. “Those agencies include Tillamook 911, Oregon Department of Forestry, Tillamook Police, Oregon State Police and Crime Lab, Tillamook County District Attorney’s Office, and Mineral and Washoe County Sheriff’s Offices in Nevada.”