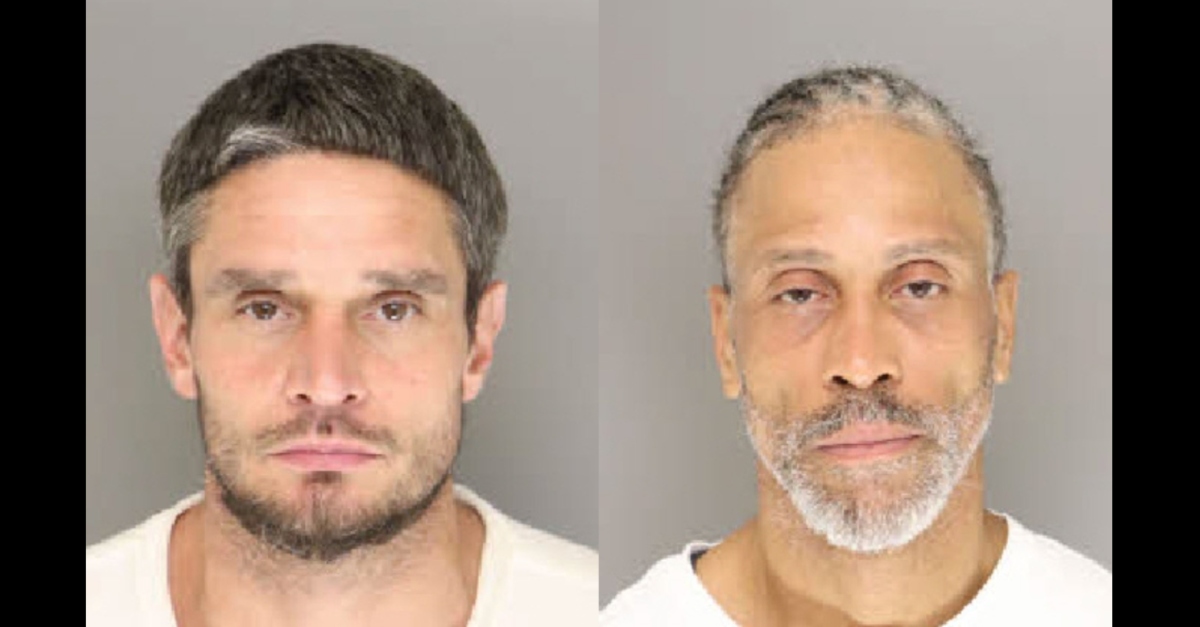 Two men have been arrested in the “cowardly” double murder of an elderly couple. Tony Chad Patterson, 42, and Tim Cooper, 45, are accused of killing local businessman D.P. Black, 91, and his wife Mary Lou Black, 86, in Moore County, North Carolina.

Tonight we’re learning more about the couple killed in their Moore County home. Mary Lou and D.P. Black were “pillars” of Bethesda Presbyterian Church. The pastor provided these pictures. Hear from him and a close friend of the couple at 11. @WNCN https://t.co/UDLlNlCf0V pic.twitter.com/OYgXLbAUXw

Local Sheriff Ronnie Fields withheld many details in a press conference on Wednesday, often citing the ongoing investigation, but he did tell reporters that the motive appeared to be a robbery. Patterson used to work for D.P. Black as a laborer, but it remains under investigation if Cooper had any link to the couple, he said.

Asked about any items missing from the home, he mentioned some jewelry, but added the matter was under investigation. When asked if Patterson was fired, he again said they were still investigating.

“I would like to say ‘thank you’ to many people who came forward with information regarding this cowardly act that occurred on July the 9th,” the sheriff said, later telling reporters that multiple tips came in.

Both D.P. and Mary Lou were shot, said the sheriff — while again declining to provide details.

The couple was found dead at their home Friday after they did not pick up an employee earlier, according a WRAL report which cites Fields. One victim was on the porch and the other was inside, he said.

Locals have been reportedly shocked by the couple’s violent end.

“It doesn’t really make sense to a lot of us right now,” said friend and Reverend David Hudson, according to Raleigh/Durham/Chapel Hill ABC affiliate WTVD in a Monday report.

Hudson remembered D.P. as a humble man and Mary Lou as the anchor of the family.

“If you looked at him, you wouldn’t think he possessed what he had or had the influence that he had, and that was just a part of him,” said Hudson.

Both Patterson and Cooper remain at the Moore County Detention Center without bond, online records show. They first appeared in court on Wednesday and are scheduled for another hearing on June 28, a court clerk told Law&Crime. Their attorneys of record did not immediately respond to a Law&Crime request for comment.