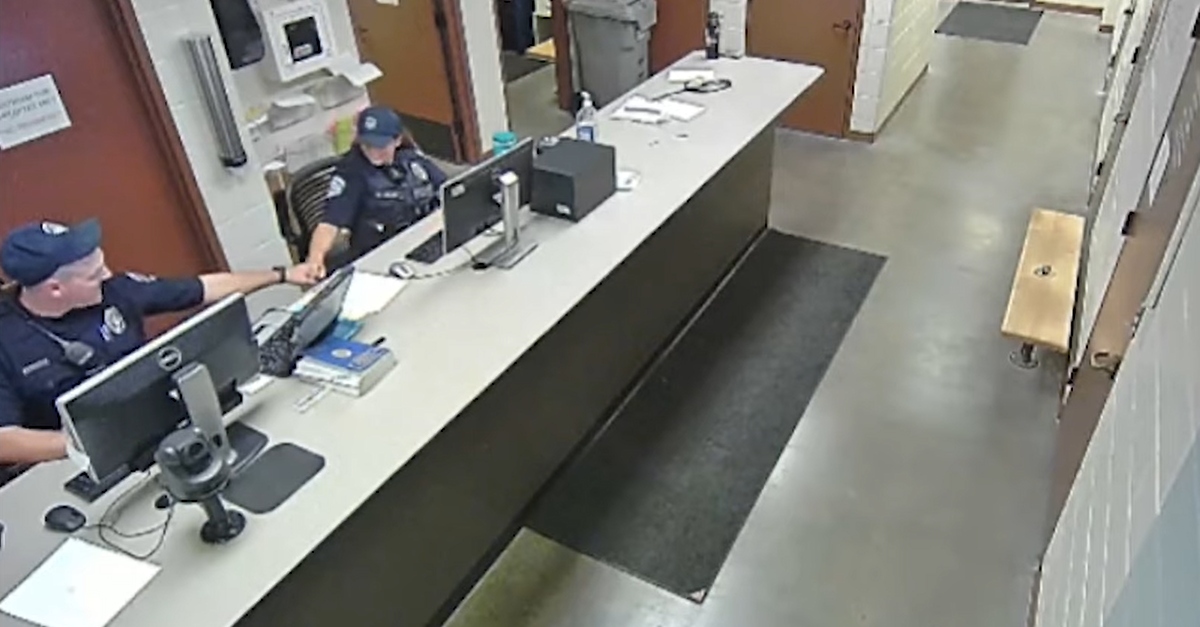 Two former police officers in Loveland, Colorado have been charged in the violent arrest of an elderly Colorado woman. Austin Hopp twisted the arm of Karen Garner, 73, on June 26, 2020, and Daria Jalali witnessed the encounter, previously released body cam video appeared to show. These alleged actions are the basis of new counts of against the defendants.

Hopp engaged in excessive force resulting in serious bodily injury, and Jalali failed to live up to her duties to report it, Larimer County District Attorney Gordon McLaughlin (D) said in a press conference on Wednesday.

The district attorney’s office is giving a live update.

The officers involved in the forceful arrest of a 73yo with dementia in Loveland, #Colorado now face criminal charges.

Garner’s family has sued over the June 26, 2020 incident, saying she was deprived medical attention for six hours. The video of the incident caught national attention after the law firm representing Garner released it. They later put out surveillance video of the officers bantering about the arrest.

“This is utterly disgusting. These videos cannot be unseen or unheard. I am sorry to have to share them with the public. This will be traumatic and deeply upsetting for everyone to see,” Garner’s attorney Sarah Schielke said in a statement at the time. “But as it often goes with bad police departments, it seems this is the only way to make them change. They have to be exposed. If I didn’t release this, the Loveland Police’s toxic culture of arrogance and entitlement, along with their horrific abuse of the vulnerable and powerless, would carry on, business as usual. I won’t be a part of that.”

According to a federal lawsuit, Garner, who lives with cortical dementia and sensory aphasia, forgot to pay $13.88 for items at a Walmart. Employees stopped her, took the items back, and did not let her pay, the complaint stated. The plaintiff team said Garner sustained a fractured, dislocated shoulder as a result of the arrest.

As seen on surveillance video, Hopp voiced no regret over what happened; Jalali worried if she was engaged enough during the arrest. Hopp reassured Jalali and mentioned hearing a pop in Garner’s shoulder.

“You were definitely fighting,” he said. “You are a lot tougher than she is. She’s just very flexible and very–” Hopp covered his mouth to whisper something, then said, “Did you hear the pop? When I had her pushed against the car when you first got there? I was like, ‘Okay, you’re gonna play,’ and I was pushing, pushing, pushing, and I hear ‘pop,’ I was like ‘Oh, no.'”

He later narrated the body cam footage for Jalali and another officer, identified in the lawsuit as Tyler Blackett. Hopp fist-bumped both of them over the course of the surveillance footage.

No charges were announced against Blackett (who also resigned with Hopp and Jalali). Nor were there charges against two other officers named in the lawsuit: Sgt. Philip Metzler and Sgt. Antolina Hill.

DA McLaughlin said that Wednesday’s announcement was about whether the officers’ actions rose to the level of criminal culpability, not whether these actions were good or bad. Warrants have been issued, and it was his understanding that Hopp and Jalali had plans to turn themselves in, he said.