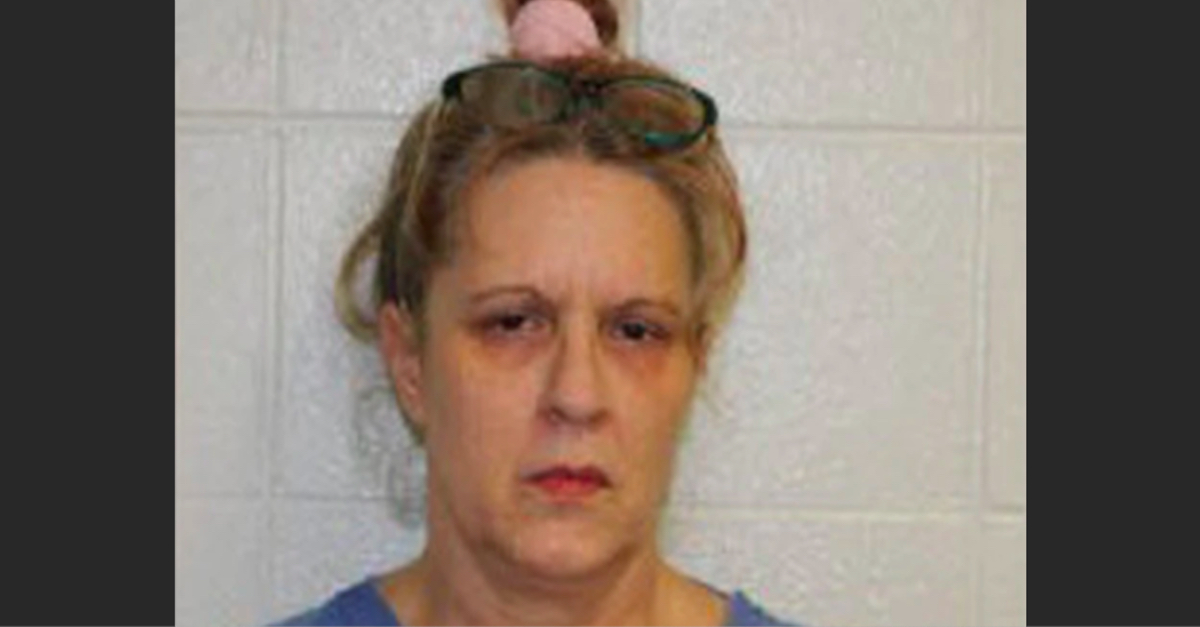 A live-in caretaker in North Carolina was arrested on Saturday after police say she murdered the elderly woman she was caring for and then entombed her body in concrete, local news outlets reported.

Elizabeth Katherine Carserino, 53, who also goes by Elizabeth Freeman, was first taken into custody by deputies with the Jackson County Sheriff’s Office on Saturday on a slew of other allegations, including identity theft, larceny of a motor vehicle, and financial card theft. She was later turned over to the Avery County Sheriff’s Office and charged with murder in connection with the death of 70-year-old Lynn Gay Keene.

According to the reports, Keene, who had been reported missing June 30 after not contacting her family since June 14, was found in the basement of her home buried in concrete. Carserino, originally from South Carolina, had been hired by the family to care for Keene.

Investigators named Carserino as a person of interest in Keene’s disappearance when they went to Keen’s home and discovered that her car, a 2000 Lincoln, was missing, according to a report from local FOX-affiliate station WBTV. After entering the vehicle in a search database, the Cherokee Police Department last week reported that deputies had found the car abandoned in their jurisdiction. The vehicle was reportedly locked and the keys were stashed underneath the driver’s seat. Two empty bags of concrete mix were also found in the trunk.

Detective Tim Austin told WBTV that after authorities found Keene’s car abandoned that he “knew something was up.”

Working in conjunction with the N.C. State Bureau of Investigation, detectives obtained a search warrant for Keene’s home where they found human remains encased in a block of concrete in the basement.

Austin told the station that when authorities opened the basement door they “saw a large amount of flies,” which he said was “an indicator of something deceased.”

The county coroner performed an autopsy and identified the remains as Keene based on dental records. The coroner also determined that the cause of death homicide and that Keene was dead prior to being covered in the concrete.

“She had blunt force trauma to the head as well as strangulation by ligature—it was a belt,” Austin said.

Surveillance footage from a nearby store in Marion taken after Keene had been reported missing reportedly showed Carserino driving Keene’s car and using one of Keene’s bank cards to make a purchase.

Carserino was hospitalized over the weekend due to drug related issues, according to WBTV. The hospital contacted authorities and she was discharged and immediately taken into custody.

Detectives also said that they believe the caretaker had help in trying to cover up the murder, noting that each bag of concrete weighed 80 pounds, which they believe was too heavy for the 5-foot-4 Carserino to carry alone.

Carserino is currently being held in the Avery County Detention Facility on a secured bond of $1,625,000. Her first court appearance is scheduled for Monday.

The Avery County Sheriff’s Office did not immediately respond to an email from Law&Crime for more information about the case.