Body camera video shows how police officers responded late Monday to a crash in Savannah, Georgia that left a passenger trapped inside a burning car. According to the Savannah Police Department, the driver of a 1998 Lincoln Town Car “lost control” of the vehicle, then crashed into a telephone pole and tree “before crashing head-on into another tree.”

Judging by the video this was a serious wreck. The car was on fire and in the middle of the road, which police said was Henry Street. The driver, identified as 18-year-old Jaydon Brown, was able to get himself out of the vehicle after the crash. 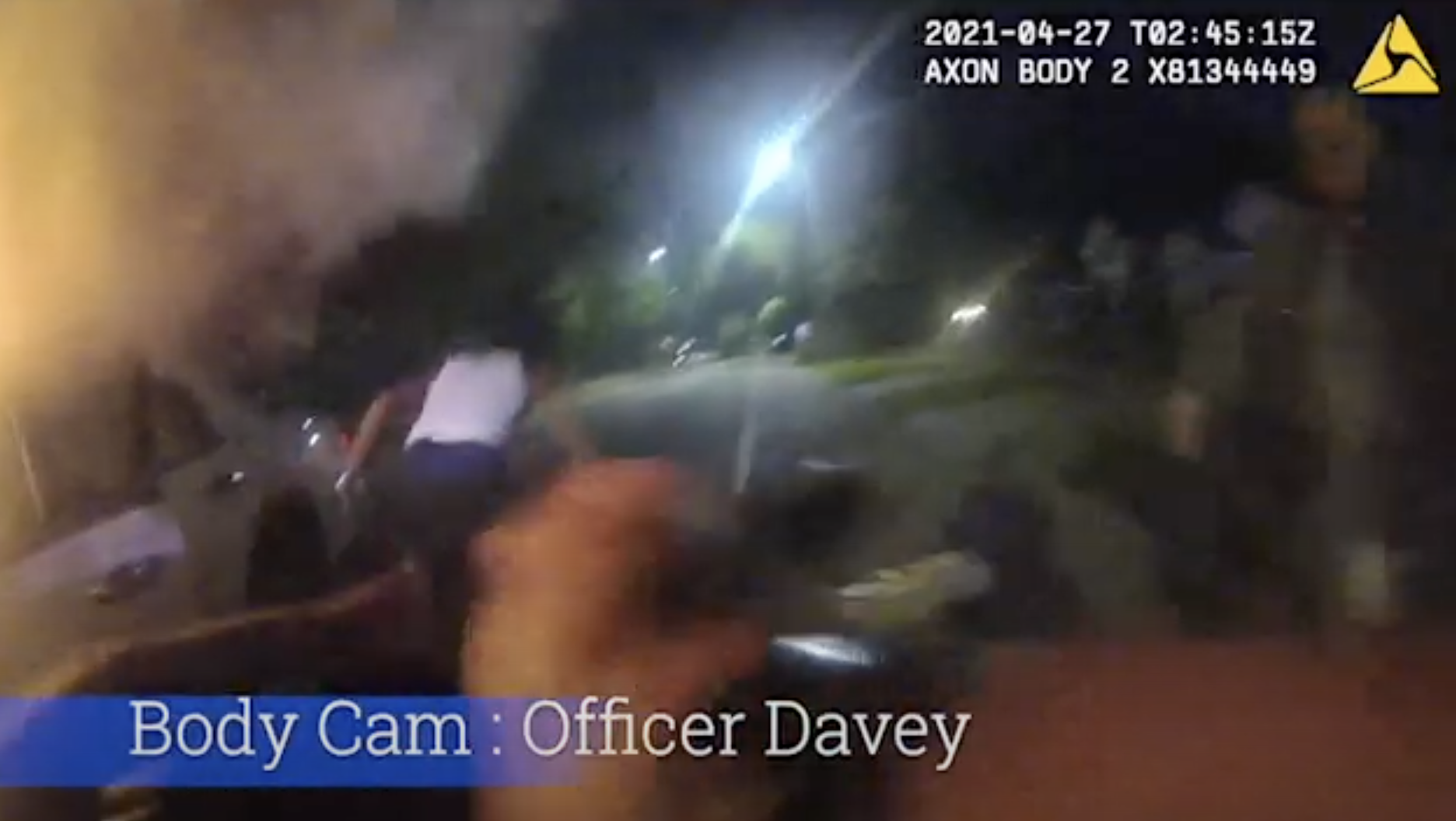 The same was not true for Brown’s unidentified passenger.

The 18-year-old woman was unconscious in the passenger’s seat and the car was engulfed in flames. The body camera footage showed the viewpoints of Officers Molly Moran, Sidney Delince, Anthony Traniello, and Cpl. Jacob Davey. Police also said that Officers Timothy Valmont, Janson Neff, and Jason Zimmerman assisted in the rescue. The passenger’s side door was either locked or jammed, so police pulled the young woman to safety “over the front passenger seat and out of the back door,” the department said. 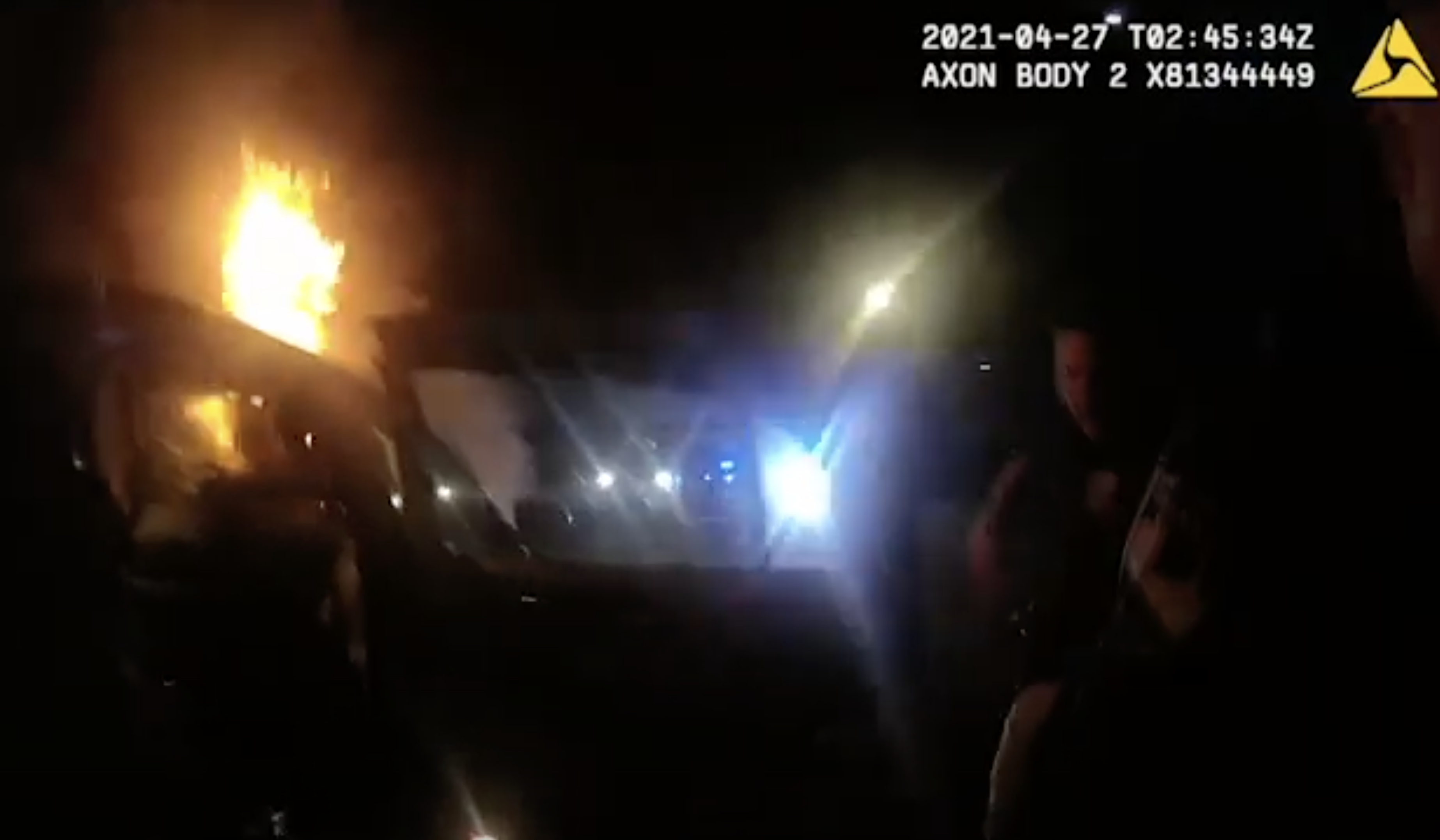 Then Savannah firefighters arrived on scene and put out the blaze. Brown and the passenger were reportedly taken to a hospital to be treated for “serious injuries.”

RELATED: Video Shows Atlanta Cops Saving a Man Who Was Having a Seizure in the Driver’s Seat of a Burning Car

Authorities attribute the crash to Brown’s failure to maintain a lane. The crash is still under investigation.

Savannah Police Chief Roy Minter, pictured below, said he was “proud” his officers “literally ran toward the flames and worked quickly as a team to not only remove the passenger from the car but get her to a safe location.” 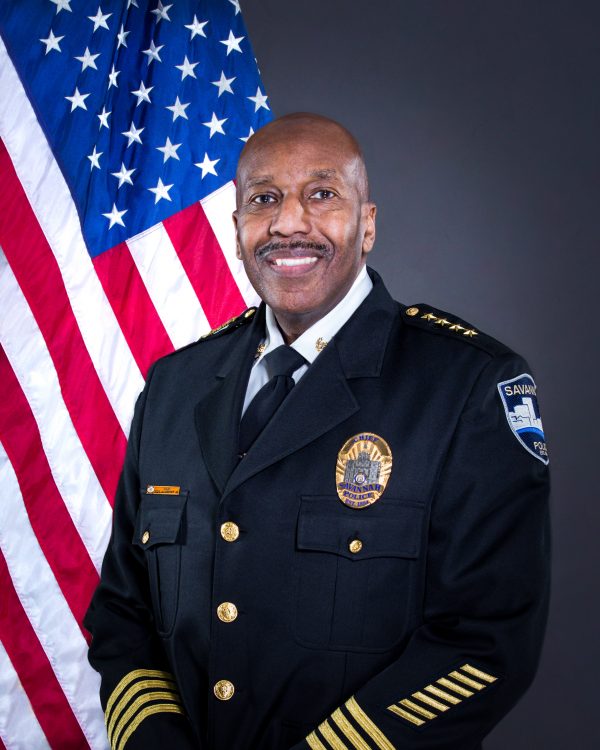 “Had they not acted as they did, the passenger in the car could have suffered more serious injuries or even lost her life,” he said.