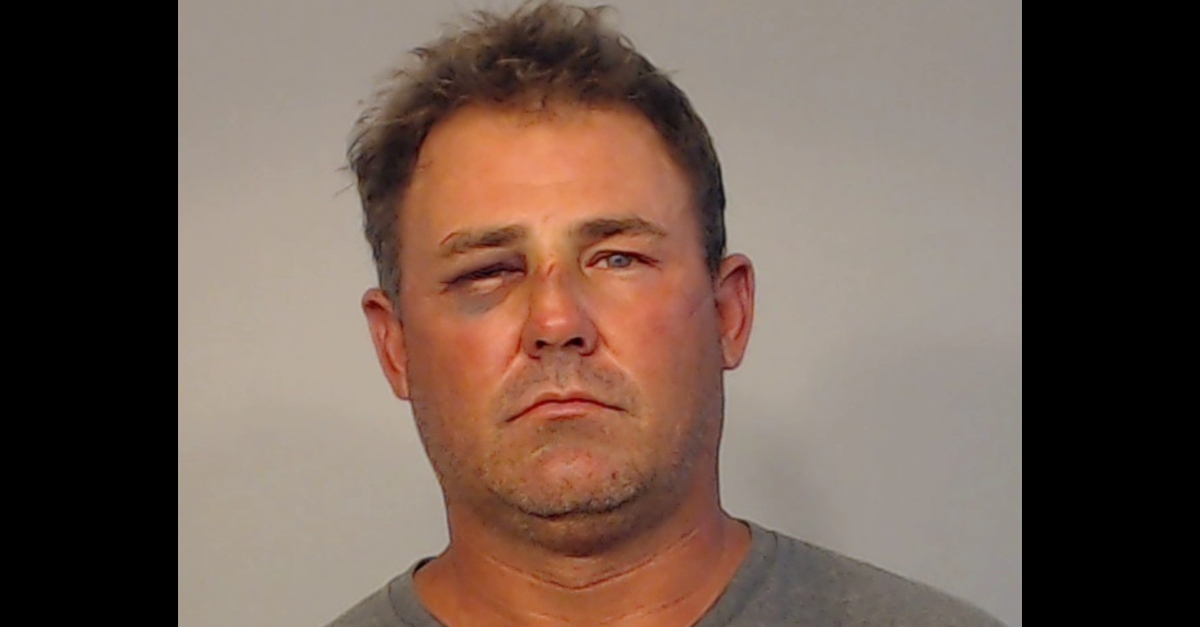 A 45-year-old is accused of dumping beer on a passed out woman and biting an ear off the man who defended her in Florida. James Lenn Williams allegedly embodied the phase, “With friends like these, who needs enemies?”

A deputy found the 28-year-old male victim being treated by paramedics early Thursday morning at the Oceans Edge Resort and Marina, according to the Monroe County Sheriff’s Office in Key West, Florida. The victim was missing part of his ear and was still bleeding, authorities said.

The man said everyone involved were friends on vacation. One of the women passed out, but Williams began to mistreat her.

“One female in the group passed out and Williams placed her in a maintenance wheel barrel and was pushing her back to a hotel room,” deputies wrote. “Williams was dumping beer on her and insulting her.”

The 28-year-old man stepped in to defend the woman, calling Williams out on the disrespectful behavior. Williams allegedly escalated the situation and began to outright fight his friends. This included shoving one of the women to the ground and even biting off part of the 28-year-old man’s ear, authorities said.

Williams allegedly left the scene on foot, but according to deputies, two female victims and other witnesses corroborated the 28-year-old man’s version of events. He was found near the hotel rooms, deputies said.

Williams remains at the Monroe County Jail in lieu of a $80,000 bond for two counts of battery, and one count each of aggravated battery and battery by strangulation, online records show. He did not speak to the arresting deputy, according to the sheriff’s office. It is unclear if he has an attorney in this matter.