‘This Little Boy Suffered’: Woman Allegedly Beat 5-Year-Old to Death with Splintered ‘Striking Instrument’ and Left Dead Body in Car While She Went to Work 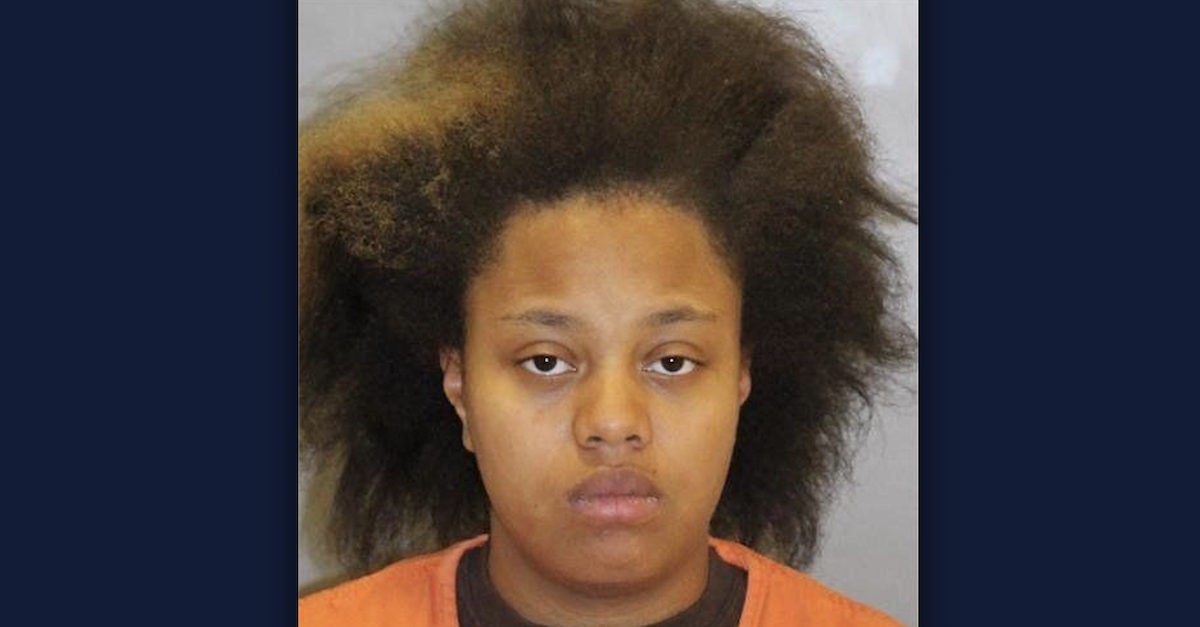 A Nebraska woman was arrested this week after she allegedly beat a 5-year-old boy, left him in her car while she went to work, then brought his body to a hospital hours after his death. Antonea Cannon, 20, was taken into custody on Thursday and charged with homicide and intentional child abuse in the death of Jaylen Hearnes, jail records reviewed by Law&Crime show.

Officers with the Omaha Police Department on Wednesday responded to a 911 call about a deceased child who had been brought to CHI Health Creighton University Medical Center at University Campus, Omaha ABC affiliate KETV reported. Upon arriving at the scene, officers reportedly noted that the child had sustained injuries that were “consistent with severe child abuse,” a probable cause affidavit obtained by the station reportedly said.

Per KETV, Hearnes had been living with his father and Cannon, who is not his biological mother, in an apartment located near 73rd and Wirt Circle. The biological mother reportedly lost custody of the child last summer and only had visitation rights. The father, Robert L. Hearnes, has been in detention at the Douglas County Jail on charges that include criminal mischief and domestic violence for the past month, records show.

Cannon reportedly told police that she worked until approximately 2:00 p.m. on Wednesday. During the day, she initially said that Hearnes’ biological mother picked the child up for lunch and stayed with him for “an unknown amount of time” before dropping him off at her apartment again.

Cannon reportedly claimed that she picked the boy up from her home a little after 2:00 p.m. and brought him with her to pick up her other two children from a day care. Cannon allegedly said that after she picked up her children, she realized that Hearnes was unresponsive and “cold to the touch” and sought medical treatment, per KETV.

But Cannon reportedly told investigators conflicting stories. She later claimed that she left Hearnes in the care of her 12-year-old sister when she went to work, the reports indicate. However, Cannon’s sister allegedly told police she did not babysit Hearnes on Wednesday and had last seen the boy alive on Tuesday.

Prosecutors painted a very different picture during a preliminary hearing in Douglas County District Court on Friday, reportedly claiming that Cannon actually beat the child inside of her apartment, then put him in the car and left him to die while she went to work at a restaurant.

The initial results of an autopsy showed that Hearnes was beaten to death and sustained “non-accidental abdominal hemorrhaging that would cause unconsciousness and death in a short period of time,” KETV reported.

“That appeared at this point in time to be the most serious injury, the bleeding in the internal organs, but he had other bruising and apparent trauma the child suffered,” Douglas County Attorney Don Kleine reportedly said during the proceedings.

Officers obtained and executed a search warrant on Cannon’s home and reportedly found blood and blood spatter along with a splintered “striking instrument” that prosecutors believe to be the weapon Cannon allegedly used to repeatedly strike Hearnes.

Kleine reportedly said that investigators think Cannon left work, realized Hearnes had been dead for a while, then called 911 and drove him to the hospital.

“The child had been dead for some period of time,” Kleine reportedly said, adding that “full rigor mortis had set in by the time Cannon brought the boy to CHI.

Following her arrest, Cannon’s two children were placed in the care of the state.

“It is heartbreaking. It’s so sad. And you know, we want to believe that our children will be protected to the utmost and people will protect our children,” Kleine said after Friday’s hearing, per the Omaha World-Herald. “And then when we see something like this, it’s just so sad and maddening to see what this little boy suffered.”

The judge ordered Cannon to remain in detention without bond and set a preliminary hearing for April 5. If convicted, she is facing a maximum penalty of 20 years to life in prison.

This article originally stated that Jaylen Hearnes’ biological mother “reportedly lost custody of the child after allegedly abusing and hospitalizing Hearnes and only had visitation rights.” The report from which that information was taken has since been updated and now reads: “A review of court records found no evidence of abuse of neglect of the child by either Hearnes or Jaylen’s biological mother.”