This Is How the Story Ends: Romance Novelist Who Wrote an Essay on ‘How to Murder Your Husband’ Is Convicted of Murdering Her Husband 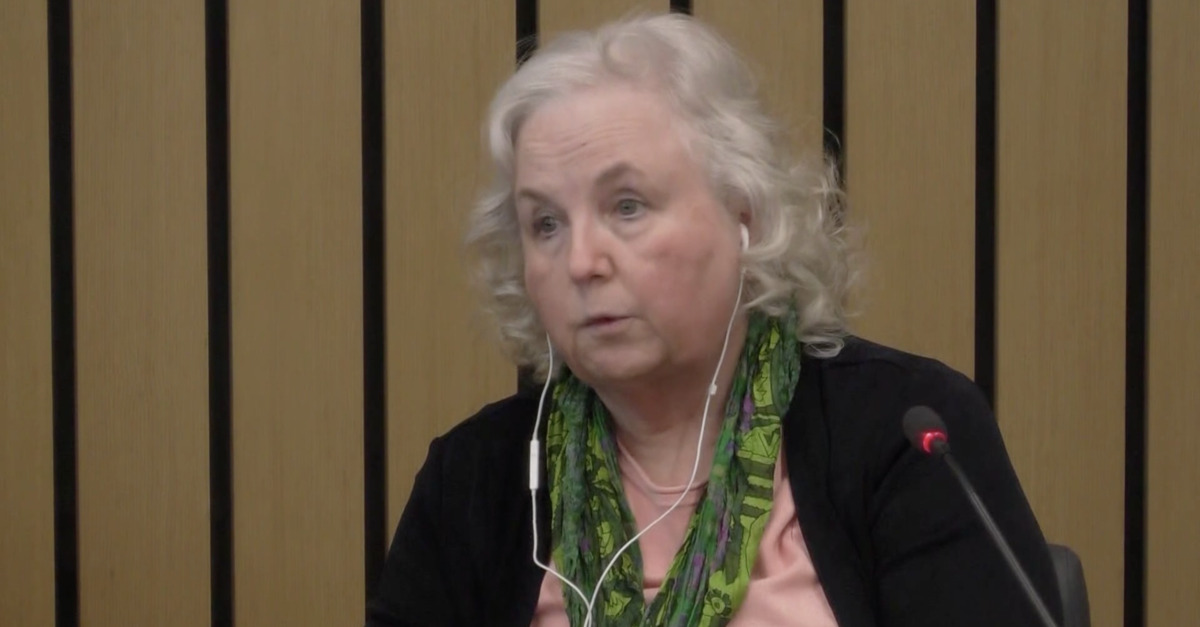 A romance novelist who once wrote an essay titled “How to Murder Your Husband” was convicted in Oregon on Wednesday of murdering her husband.

Nancy Crampton-Brophy, 71, was arrested for the shooting death of 63-year-old Daniel Brophy in June 2018.

During the trial, which began earlier this month, prosecutors argued that the Crampton-Brophy was a meticulous and crafty operator who painstakingly purchased the parts of, and put together, the murder weapon piece by piece over the course of several months in order to eventually kill her husband and collect a hefty life insurance payout.

The couple, Crampton-Brophy said, had purchased a Glock as well as a ghost gun kit together but the later came to regret their purchases. She told police they quickly stored the Glock and never completed the ghost gun.

Prosecutors, however, were able to get the Crampton-Brophy to admit that she had taken apart and reassembled the intact gun–and that she later bought a slide and barrel for that gun.

The defendant surrendered the intact Glock to police–with a slide and barrel that had never been fired. That extra slide and barrel? It had mysteriously vanished and was never recovered. Crampton-Brophy said those extra parts disappeared after she stored them in a closet after her husband’s death, according to Portland NBC affiliate KGW.

Unmentioned by the state was Crampton-Brophy’s 2011 blog post titled “How to Murder Your Husband” in which she said that a wife who kills her husband must “be organized, ruthless and very clever” because she is likely to become the prime suspect.

“After all, if the murder is supposed to set me free, I certainly don’t want to spend any time in jail,” Crampton-Brophy wrote. “And let me say clearly for the record, I don’t like jumpsuits and orange isn’t my color.”

Judge Christopher Ramras prohibited prosecutors from citing that essay on day one of the trial.

On the morning of June 2, 2018, Daniel Brophy, a professional chef by training, was shot twice inside the kitchen of a culinary institute where he worked. His students discovered his body as they arrived for class.

There were no cameras in or on the building where the victim taught. There were no witnesses tying his wife to the crime.

Crampton-Brophy told police that she only woke up on the morning in question when her husband came upstairs to take a shower after feeding their chickens and walking their dogs. The last thing the couple had talked about that morning, the defendant said, was a leak in the sink.

“At that point, what we considered Ms. Crampton Brophy was a grieving spouse that just learned her husband had been brutally murdered by a handgun,” Portland Police Bureau Detective Anthony Merrill told jurors, according to The New York Times. “We felt sad for her.”

But then police found some security cameras after all.

While the school itself was lacking surveillance devices, a pizza restaurant across the street did. And on that footage was a van—Crampton-Brophy’s van, actually, driving in the area right around the time when police believe her husband would have been murdered that day.

That Toyota minivan was then spotted in multiple different surveillance footage clips from around the same area. It first appeared just before 6:40 a.m., when the defendant had told police she was still in bed. Then the van appeared on a hill overlooking the culinary institute. Just before 7:10 a.m., the van was parked right next to the school.

Testifying in her own defense at the Multnomah County Circuit Court, the defendant admitted her prior inconsistency to police, insisting she had forgotten about being in the downtown area due to the traumatic nature of the news she would later receive.

The author of such self-published works as The Wrong Husband, The Wrong Cop, The Wrong SEAL, and Hell on the Heart obliquely referenced her literary career while defending herself, implying that she was actually incapable of plotting the perfect crime.

“An editor would laugh and say, ‘I think you need to work harder on this story. You have kind of a big hole in it,’” she testified.

Crampton-Brophy went on to say that she was driving around the area near the school for “a full hour” before her husband was killed. She suggested she was probably getting coffee or writing but admitted there was no record of that happening. She said she probably used cash to pay for her Starbucks that day–explaining that she didn’t have her card or phone at the time because she wasn’t wearing a bra.

Whether it was really just six minutes or whether it was more, jurors believed Crampton-Brophy was there long enough, and convicted her of murder in the second degree after roughly two days of deliberations, KGW reports.

“I feel like through the trial Portland has learned that our son was a great guy, and we really miss him,” Karen Brophy told the TV station, “and it’s been a heartwarming experience in that way to know how much people thought of him, and what a great guy he really was.”

Crampton-Brophy is currently slated to be sentenced on June 13, 2022. She faces life in prison.