‘This Child Has to Go Through This Trauma for the Rest of His Life’: Illinois 3-Year-Old Accidentally Shot Mom in Neck, Killed Her 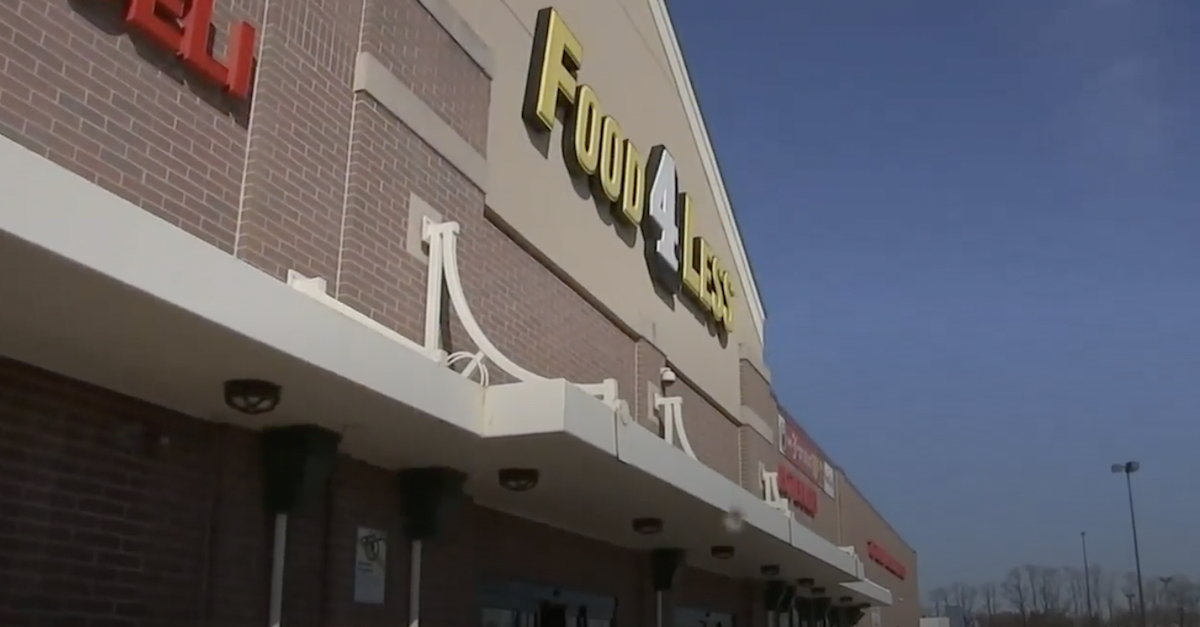 Food for Less where Dejah Bennet was fatally shot by her toddler. (via WLS)

A 22-year-old mother in Illinois died this week after her 3-year-old son got hold of an unsecured handgun and accidentally shot and killed her, police say. Dejah Bennet was killed after sustaining a gunshot wound to the neck Saturday evening, Chicago ABC affiliate WLS reported.

According to local reports, Bennet was sitting in the driver’s seat of a car she shares with the child’s father at approximately 8:30 p.m. on Saturday evening. The vehicle was parked in a Food 4 Less grocery store parking lot located in the 1000 block of E. Sibley Blvd, about 20 miles south of Chicago. Bennet’s son, whose name was not released by the police, was strapped into his car seat in the back of the vehicle.

Police reportedly said that the child somehow got hold of an unattended handgun and began playing with the weapon. While playing with the gun, the toddler reportedly managed to accidentally discharge the firearm. The bullet struck his mother in the neck. Bennet was taken to the University of Chicago Medical Center for emergency medical treatment and was pronounced dead by the Cook County Medical Examiner’s Office about an hour after her arrival, at approximately 9:34 p.m., the Chicago Tribune reported.

The Dolton Police Department did not immediately respond to a message from Law&Crime seeking additional details regarding whether the firearm malfunctioned in some way or if the little boy was able to pull the trigger.

According to a report from Chicago Fox affiliate WFLD, the child’s father was present at the time of the shooting and admitted to police that he owned the gun. Officers with the Dolton Police Department reportedly took the father into custody on Sunday, but no charges had been filed against him as of Monday afternoon. His name was not released because he is not currently charged with a crime, police said.

Andrew Holmes, a crisis responder and trustee for the Village of Dolton, was at the Food 4 Less location on Sunday where he spoke to the ABC affiliated TV station WLS about the prevalence of accidental shootings and how to prevent them in the future.

“This could have been prevented,” he reportedly told the station. “All it takes is a second: unlock it, thread it through the barrel, bring it back around, put it in and lock it back. If you leave it, secure it.”

Holmes and other volunteers on Sunday handed out approximately 400 gun locks, as they spoke to passersby and shoppers at the grocery store regarding the necessity of practicing safe firearm storage.

Speaking to the Chicago Tribune, Holmes further noted that in addition to Bennet, her son is also a victim in her tragic death.

“This child has to go through this trauma for the rest of his life,” Holmes reportedly told the Tribune. “He’s going to miss his mother.”

Holmes last month also reportedly spearheaded the distribution of approximately 400 gun locks to members of the community in an effort to reduce accidental gun violence.

“Guns kill, especially when it gets in the hands of children, and it’s not the child’s fault. It’s the adult’s fault because they have a responsibility to keep these guns locked down and away from these kids,” Holmes continued. “Some people put these guns in the seat, they don’t take it in the house and they forget when they come out in the morning that their children are getting inside of the car. And all of a sudden, that gun rolls out from underneath the seat of the car and the child gets a hold of it.”