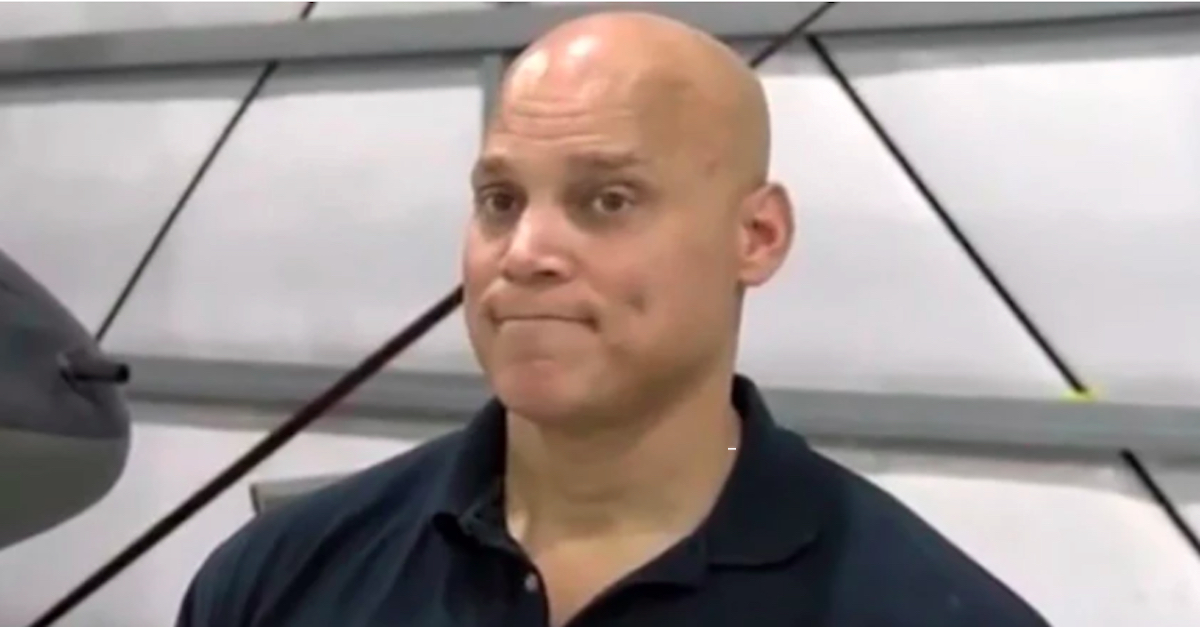 An Army veteran and professional cargo pilot was arrested in Alaska and stands accused of perpetrating a series of attacks against women—including one forcible rape—along popular running trails in Orange County, California, authorities said Monday.

The attacks allegedly took place on trails in Aliso Viejo park and date back to January 2020.

The first victim, a 22-year-old woman, was attacked on Jan. 20, 2020. Barnes said the woman was skateboarding on a trail when she was approached by a stranger who started asking her questions and “diverted her attention.” He then “dragged her into the bushes and sexually assaulted her.”

The sheriff said that DNA evidence had been recovered from the victim of the first attacks and was placed into a national database by the crime lab but it did not match the profile of anyone else in the system.

The second attack occurred several months later, on April 20, 2020 when a 32-year-old woman was running on a trail in Aliso Viejo. She was able to fight off the attacker and additional DNA evidence was obtained, but again, it did not match any profiles in the database.

A task force of more than 100 law enforcement officials was developed and multiple undercover operations were executed but no suspect was identified through their efforts.

A third victim was attacked on Aug. 28, 2021 at approximately 11:30 p.m. She told police that she was walking on one of the trails and never even saw her attacker approach.

“He put her in a chokehold, dragged her into some brush, and attempted to sexually assault her,” Barnes said.

The big break in the case came on Sept. 9, when police received an anonymous tip through Orange County Crime Stoppers referencing an incident that occurred in San Diego on Sept. 4 where authorities took DNA from a suspect in another case. The sample—obtained from Yucas—was split between the two offices and the DNA profile matched those of the Aliso Viejo attacks. After obtaining his travel itinerary, authorities in Alaska were notified that Yucas would be re-entering the U.S. through Anchorage and he was taken into custody immediately after landing.

Barnes stressed that the suspect’s alleged pattern of behavior and ability to travel throughout the globe meant there are likely many more victims spread across a wide geographic area. He said investigators are still searching for additional leads based on his flight manifests.

“A serial rapist knew that the Orange County sheriff was looking for him. A serial rapist who knew composite pictures were out in the public of his face. And he still continued to be a brazen, calculating, wanted person. These crimes are what nightmares are made of,” Spitzer said. “These women endured unimaginable horror at the hands of a stranger who hunted them like prey.”

Spitzer also noted that the best available photo of Yucas was taken from an interview he did with KESQ-TV. The segment featured military veterans reflecting on the 20th anniversary of the 9/11 terror attacks.

Yucas remains behind bars in Alaska and is awaiting extradition to California, a process that the sheriff’s office said could take up to 30 days. Based on the current charges, he’s currently facing 39 years to life in prison.

Authorities have asked than anyone with additional information about Yucas, or anyone who believes they may have been one of his victims to call the sheriff’s department sexual assault unit at 714-647-7419.