‘There Is Evil in this World’: Ex-Cop Abducted and Killed Two Daughters, Killed Accomplice and Himself After Police Failed to Execute Emergency Protective Order 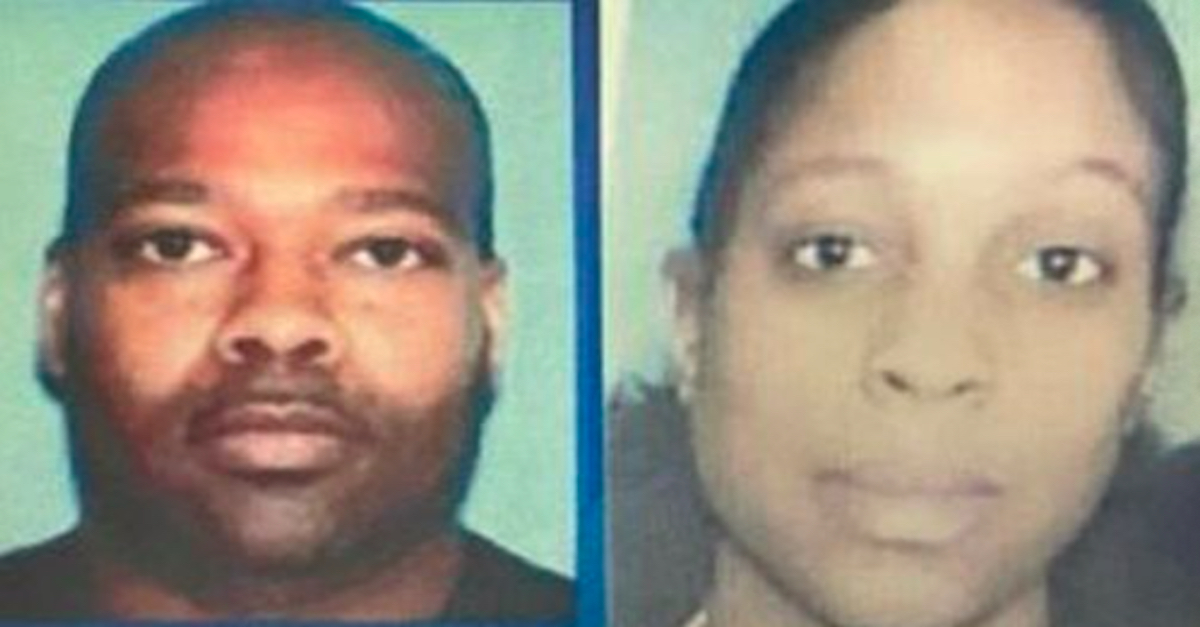 A district attorney in Pennsylvania held a press conference on Monday afternoon to provide on update on a recent triple murder-suicide involving a former Maryland cop and the triggerman’s friend/accomplice, a police sergeant.

York County District Attorney Dave Sunday called the incident a “horrific chain of events” during a press conference on Monday afternoon where “pain” was the recurring theme and the specific term repeatedly used to describe the aftermath of the bloodshed.

An absolutely devastating outcome: Maryland State Police confirm former BCPD officer Robert Vicosa was found dead along with his 2 children and his alleged accomplice, Sgt. Tia Bynum, in what they say was a murder-suicide. @wjz https://t.co/dckcI1wSUk

“We offer our deepest condolences to the family, friends, and coworkers of those directly and indirectly impacted by this tragedy,” the DA said. “This was a selfish and senseless act of violence that has shaken each and every one of us to our core.”

Ex-Baltimore County Police Department Department (BCPD) officer Robert Vicosa, 42, kidnapped his two daughters early last week–setting off a multi-day, multi-state manhunt. By Thursday, they were all dead, along with a woman presumed to be the kidnapper’s female accomplice.

The former member of law enforcement was found fatally shot inside an SUV along with Aaminah Vicosa, 6, and Giana Vicosa, 7, as well as suspended 35-year-old BCPD sergeant Tia Bynum in the Old Line State on Nov. 19 after giving chase to Pennsylvania State Police and then Maryland State Police following an attempted traffic stop, authorities said. Authorities believe Vicosa shot and killed everyone as the car was moving, then turned the gun on himself.

Vicosa, a 17-year veteran of the BCPD, was demoted before being fired in August for “sleeping on the job, insubordination and conduct unbecoming of an officer,” according to local CBS affiliate WJZ.

Sunday said there was “a tremendous amount of pain” for everyone impacted by the Vicosa case–including state authorities who worked on the investigation before, during and after the shooting deaths.

The prosecutor said he has the “added responsibility and duty” of making efforts to “minimize” the likelihood that such incidents don’t happen within the York County community in the future.

In assessing what could have been done to avert this particular “tragedy,” DA Sunday referenced an alleged misstep by local authorities related to a protection order filed by Vicosa’s estranged wife in the days immediately preceding the kidnapping and murders.

“An individual filed a private criminal complaint on November 14th against the chief of police of the York Area Regional Police Department,” the DA noted. “This private complaint generally concerns the execution of the emergency PFA in this matter.” (PFA stands for “protection from abuse.”)

In his limited comments, DA Sunday said that because he and members of office had heard “material statements” related to the complaint, the matter was handed over to the Pennsylvania Attorney General’s Office, who accepted jurisdiction to investigate the complaint.

The Record reports that the emergency protection order, issued by a judge, wasn’t served by police.

“MY HUSBAND AND HIS FRIEND HELD ME AT GUN POINT AND TIED ME UP IN THE BASEMENT,” the ex-cop’s estranged wife wrote. “HE TOLD ME THAT HE WOULD KILL ME AND OUR CHILDREN IF MY FAMILY OR THE POLICE WERE TO ARRIVE TO THE HOUSE.”

District Judge Ronald Haskell Jr. granted that order, which called for Vicosa to be evicted from the property where he drugged and raped his wife, under the guise of a birthday party, after the children were asleep. The order also called for police to execute a search warrant at the house and seize any and all guns and ammunition.

Bynum was even interviewed by York Area Regional Police Department officers last Monday because Vicosa’s phone was traced to her residence.

Nearly 19 hours later, the warrant was finally executed and police tried to execute a temporary protection order issued by a different judge. But by then, Vicosa, Bynum and their victims were long gone. Bynum was suspended Wednesday as the investigation spiraled.

“There is evil in this world,” the DA added. “And on even the best of days and circumstances, law enforcement cannot prevent every instance of evil or thwart every plan.”

Four guns and four dead bodies were found inside the SUV after it crashed into a fence just across the Pennsylvania-Maryland state border–smoke billowing from, and filling, the vehicle’s interior.