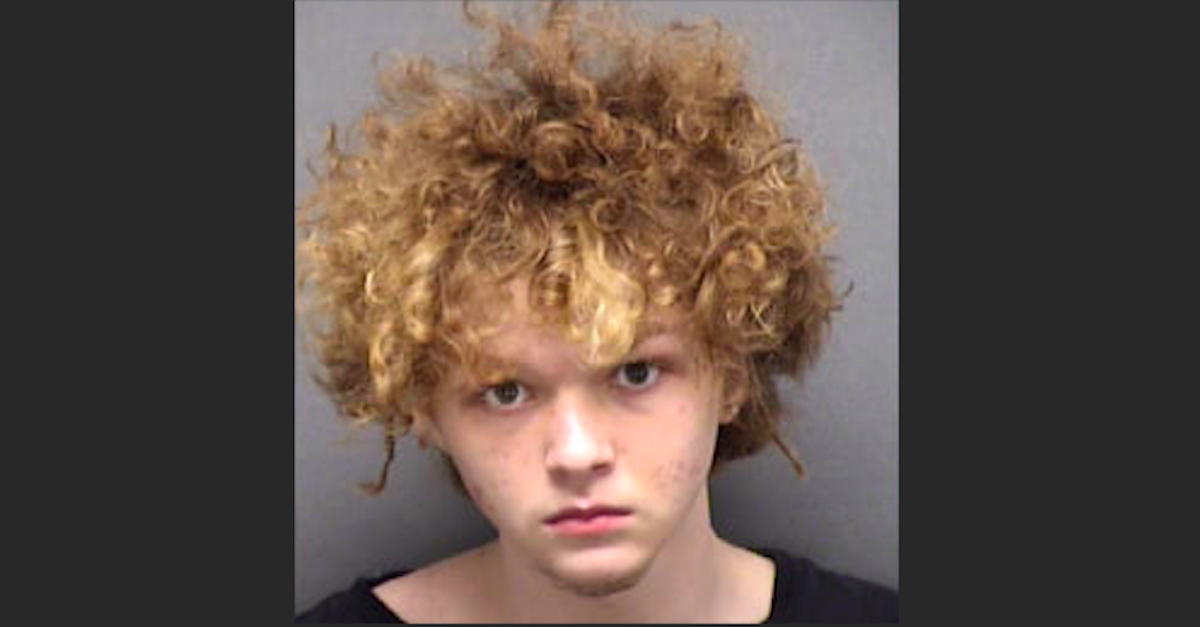 A teenager in Texas has been arrested for allegedly shooting and killing his mother’s fiancé on New Year’s Day during a domestic dispute involving several family members.

Austin James Markowski, 17, was taken into custody on Monday morning and charged with one count of first-degree murder in the slaying of 36-year-old Jorge Luis Duran, San Antonio CBS affiliate KSAT-TV reported.

According to an arrest affidavit cited by the station, officers with the Live Oak Police Department on Jan. 1 responded to a 911 call about a shooting at a residence on Rimwood Street. Upon arriving at the scene, first responders found Duran suffering from what appeared to be multiple gunshot wounds.

Emergency Medical Services personnel transported Duran to the San Antonio Military Medical Center (SAMMC) where doctors said he was unable to speak due to the severity of his injuries, per Austin CBS affiliate KEYE-TV. Approximately one week later, the medical staff at the hospital reportedly informed police Duran brain dead. He was pronounced dead by the Bexar County Medical Examiner’s Office on Jan. 6.

Per the affidavit, the shooting was witnessed by several members of Markowski’s family, including his mother, Erica Renee Rendon, and his brother, and his grandfather, whose names were not included in the report. Markowski, his brother, his mother, and Duran were reportedly all preparing to move from San Antonio to a new house in Live Oak when the incident occurred.

In the days leading up to the move, Duran reportedly became angry with Markowski’s brother for refusing to assist the family with packing and transporting boxes to the new house, KSAT reported. While Duran reportedly made it known that he was unhappy with the brother’s refusal to help, Rendon said her son was mentally ill and told Duran to “leave it alone,” the affidavit reportedly said.

Duran and the brother had reportedly gotten into a physical altercation before the move, though details of that dispute were not included in reports.

Markowski’s brother on New Year’s Day reportedly went to the family’s new home and tore up the new wood floors of his mother’s bedroom. Markowski was reportedly in the shower when Duran and Rendon arrived at the new home. He told police that he heard a loud noise and got out of the shower and grabbed his mother’s Glock 19 handgun before going to investigate, per the affidavit.

Markowski reportedly went downstairs with the Glock and found Duran and his brother fighting in the bedroom. His mother and grandfather were also present. Just prior to Markowski’s arrival, his mother was reportedly holding his brother back when the brother reached around and slapped Duran in the face. According to the affidavit, Markowski’s mother and brother either fell or were pushed to the floor by Duran, who was allegedly trying to get to the brother. At that moment, Markowski entered the room and shot Duran four times.

In a follow up interview with investigators, Markowski reportedly said that he saw Duran pull out a knife with a red handle just before he fired the Glock. Markowski’s mother reportedly told police that she did not see a knife. It’s unclear if a knife like the one described was recovered from the scene.

After a one-month investigation, investigators arrested Markowski on the morning of Jan. 31 just before 8:30 a.m. for allegedly murdering Duran. He was processed and booked at the Bexar County Adult Detention Center and released at approximately 12:28 p.m. after posting a bond of $300,000, online records show.