Texas Mother Said She Brought Dead Newborn ‘All Over Town’ to ‘See the Dolphins and Pelicans’ Before Passing Out in the Mud: Police 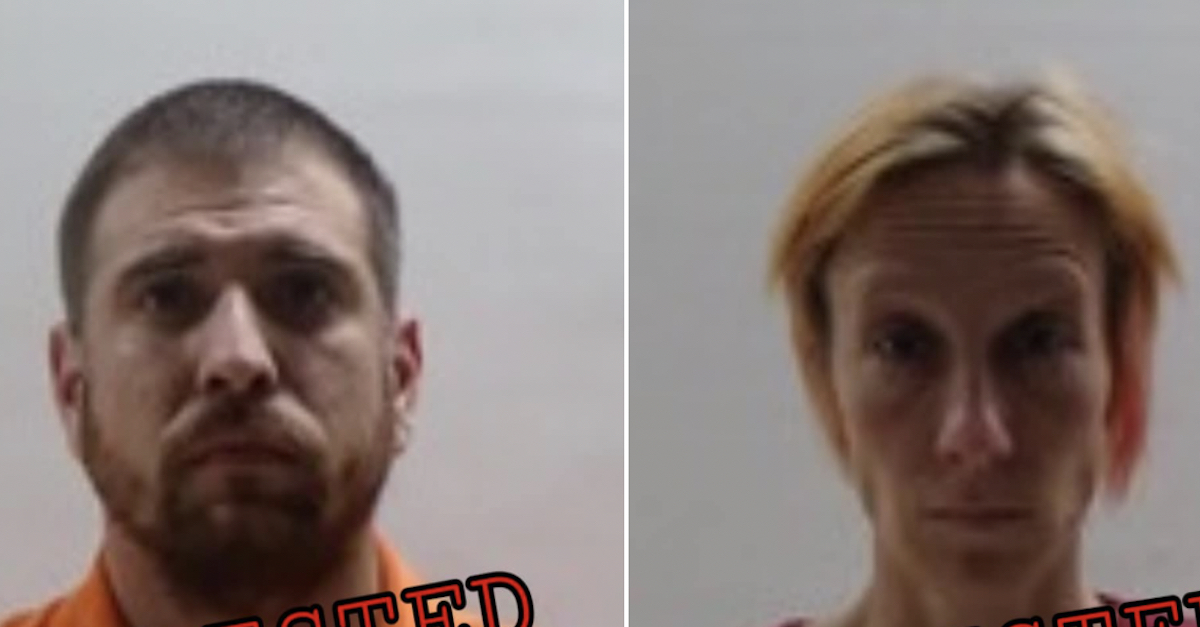 A Texas couple was arrested over the weekend in connection with the disappearance of their newborn baby boy, whom they allegedly admitted was dead. Zachary De La Rosa and Susanne Pierce were taken into custody and charged with one count each of injury to a child, a second-degree felony, records reviewed by Law&Crime show.

Pierce is also facing one additional count of abuse of a corpse after she reportedly told investigators that she took the baby’s corpse and walked “all over town” with it, Brownsville NBC affiliate KVEO-TV reported. She reportedly said she brought the dead baby to “the cemetery” and to the Old Causeway — presumably near Port Isabel — to “see the dolphins and pelicans.”

According to a press release, an individual on Wed., March 16, 2022 went to the Cameron County Constable Precinct 1 office and reported that they were concerned for the welfare of a newborn child born to a couple living in Long Island Village. The police say the individual added that the couple had been providing alarmingly conflicting stories concerning the child’s well-being.

De La Rosa called the woman back later that evening and said that Pierce had given birth to a baby boy, the affidavit reportedly said. The woman then purchased clothes for the child and went to the couple’s home, which court records say is located in the 200 block of Conche Street in Long Island Village, Texas, immediately southeast of Port Isabel. Once there, the woman reportedly told police that she saw the newborn baby alive and well as he was being fed by Pierce. Pierce allegedly told the woman that the baby’s name was Michael.

The following day, the woman asked the De La Rosa about the baby. He was allegedly evasive but eventually sent a photo of the child. However, several hours later, De La Rosa allegedly wrote the woman a Facebook message which said that they boy had died.

After several failed attempts to contact the couple, constables went to the defendants’ home and asked about a baby named “Michael.” They allegedly said they did not know anyone named Michael. Constables reportedly saw De La Rosa later in the day and showed him a picture of the baby provided to them by the woman who had previously seen the child. De La Rosa then allegedly confirmed the existence of the child, but said his name was “Malaki,” per the affidavit.

De La Rosa allegedly told investigators that the child had stopped breathing the previous week. He allegedly said he unsuccessfully performed CPR for two hours before passing out; when he awoke, he said Pierce and the child’s remains were gone.

When investigators made contact with Pierce, she allegedly told them about carrying the child’s body throughout the town.

“Pierce said she had the baby in a blue-colored blanket and had him under her shirt when she got stuck in the mud and passed out,” KVEO reported. “She said when she woke up, the water started to rise and the baby was no longer with her.”

The Brownsville Herald reported that law enforcement agencies have been using drones to search for the baby’s body, but the newspaper noted that coyotes may have taken the remains.

“We are going to put up a drone in the air to see if maybe we can get some aerial footage of the area where we last know of where the child may be,” Constable Norman Esquivel Jr. reportedly said.

De La Rosa and Pierce are both currently in detention in Cameron County Jail on $70,000 and $60,000 bond, respectively, according to the constable’s office.

A records department within the Cameron County court system has not responded to Law&Crime requests for copies of case documents.