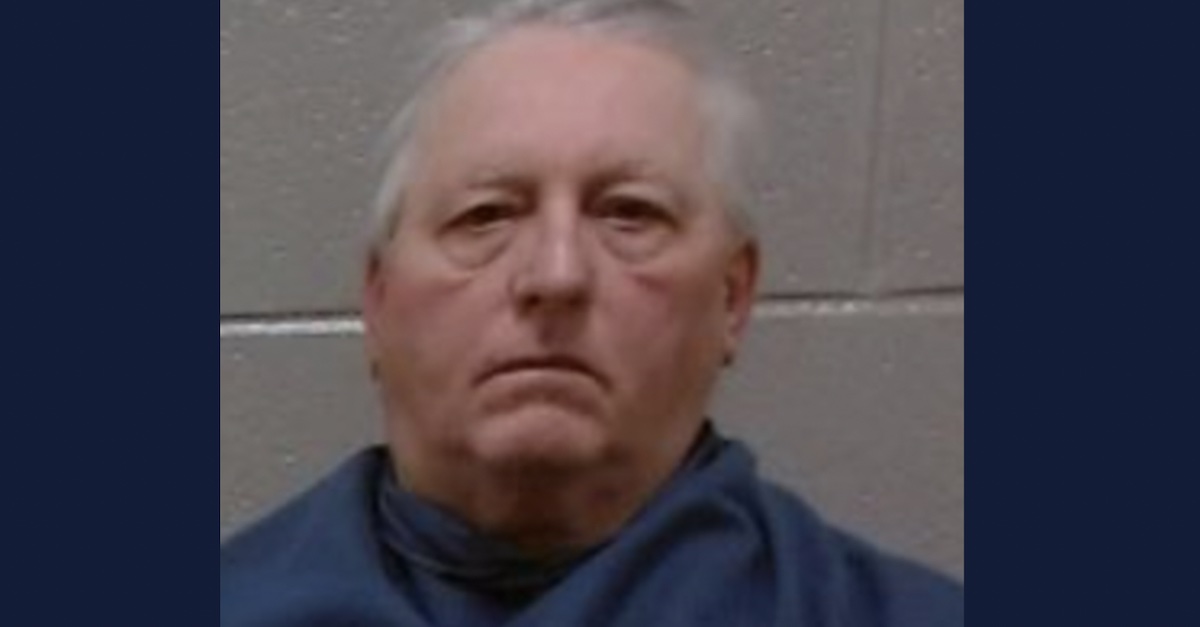 Authorities in Texas say that a man who reported that his ex-wife died by suicide on his birthday in October 2021 has now been indicted for murder.

Bruce Allen Hanson, a 64-year-old man from Wichita Falls, allegedly told cops that 65-year-old Vickie Hanson turned the gun on herself in a bedroom on his birthday. But investigators believed that several aspects of Hanson’s story didn’t add up—and the Grand Jury of Wichita County agreed.

On Monday, Hanson was indicted for “intentionally and knowingly caus[ing] the death of an individual, namely Vickie Hanson, by shooting her with a gun.” The charged offense is murder in the first-degree.

Vickie Hanson was a mother of two and a grandmother of four.

Bruce Hanson was initially booked by the Wichita Falls Police Department on Jan. 25, 2022 and held on a $1 million bond.

That day, the police department posted about Hanson’s arrest in the Oct. 14, 2021 killing:

“WFPD officers responded on 10-14-2021 at about 4:30 pm to the residence at 6715 Geronimo to investigate a possible suicide,” the department said. “The officers arrived and spoke with 64-year-old Bruce Allen Hanson who said his wife, 65-year-old Vickie Annete Hanson, was deceased in their master bedroom.”

Cops said that Bruce Hanson smelled of alcohol and appeared intoxicated at the scene.

KFDX reported that authorities found Hanson suspicious because he told investigators inconsistent details about what happened, and told a demonstrable falsehood.

Hanson allegedly had gunshot residue on his hand despite claiming he didn’t touch the gun. The suspect’s story unraveled even further when an investigator found that the victim did not have the powder burns to support the claim that she shot herself in the head, the report said.

The investigation continued on for months, but Hanson was arrested only a few hours after the arrest warrant was issued on Jan. 25.

In the aftermath of the arrest, there was some confusion about the relationship between the suspect and victim. Cops had identified Vickie Hanson as Bruce Hanson’s wife, but Vickie’s daughter said the relationship was more complicated.

“Vickie was my mom. To be clear, they were married only for a few years in the 80s. They lived together off and on, but were not married. I’m thankful for the job of the WFPD and detective in charge of the investigation,” Christie Wise said in a Facebook comment under the police announcement of the suspect’s arrest.

Wise later said that Hanson’s abuse of her mother was the reason behind the divorce.

“He’s broken her jaw, her nose, busted her eardrums, she couldn’t hear out of eardrums because of it,” Wise told KDFX. “I went to go live with my dad when I was 14 because of the situation with Bruce and my mom.”

After the divorce, Wise said, her mom and the suspect bought a house together in the 1990s and moved back in together but never remarried.

Vickie Hanson’s LinkedIn page says that she managed a dining facility for many years at Sheppard Air Force Base while employed by Work Services Corporation. One article from 2009 highlighted Vickie’s hard work through a historic Christmas blizzard to feed Airmen in training:

One of the most important of those missions was making sure the 200-plus Airmen in Training who stayed at Sheppard over Exodus were fed–a job that falls to the Work Services team.

Work Services manager Vickie Hanson didn’t leave the base for four days, sleeping at the Sheppard Inn at night to make sure the Tumbleweed Dining Facility stayed open for the Airmen.

“We strive to never fail our troops,” she said, “and I have never closed a facility due to weather.”

Wichita County records reviewed by Law&Crime show that Bruce Hanson was also booked in 1987, 1990, 1990, and 1992 (the first two bookings were in DWI cases; the third was related to theft of equipment from an oil field; the 1992 booking appears to have followed a judgment and sentence).

Shockingly, the suspect allegedly told police that Vickie was making a cake for him on the day she died—which was also his 64th birthday.

Hanson’s arrest warrant and indictment are below: