Texas 18-Year-Old Broke into Hospital Nursery, Said ‘Die’ as He Strangled and Shook Newborn Babies Until They Turned Blue: Police 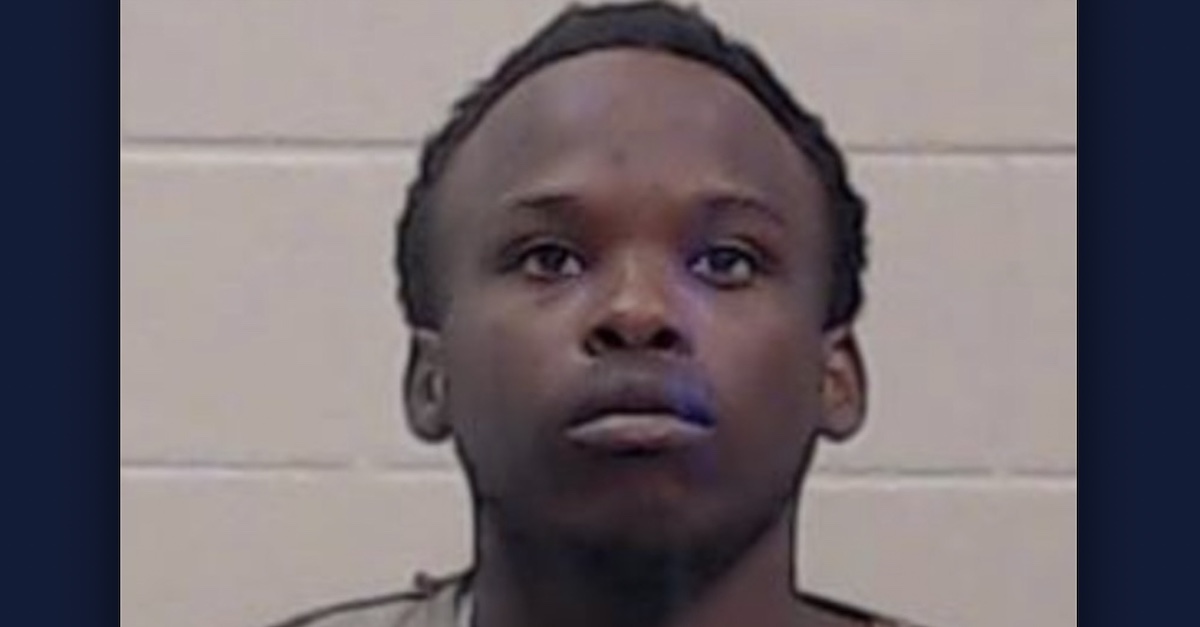 An 18-year-old in Texas allegedly forced his way into a hospital nursery and assaulted two newborn babies and several staff members.

Marcus Dewayne McCowan Jr. was taken into custody on Monday and charged with a slew of felonies, including two counts of attempted first-degree capital murder, jail records reviewed by Law&Crime show.

According to a press release from the Odessa Police Department, officers at approximately 6:30 p.m. on Oct. 3 responded to multiple 911 calls about a disturbance at Odessa Regional Medical Center in the 500 block of East 6th Street. Staffers at the hospital told police that a man had “forced his way into the Nursery and began assaulting patients and staff,” the release states.

First responders reportedly arrived on the scene after a therapist was able to temporarily subdue McCowan, but upon making contact with the suspect, police said he was “aggressive towards officers, which led to a physical altercation.” During the altercation with multiple officers, McCowan allegedly “attempted to take one of their firearms from its holster” but was unsuccessful.

A copy of the probable cause affidavit obtained by nearby Midland, Texas ABC affiliate KMID provided additional details about what witnesses told investigators they saw prior to the arrival of police.

McCowan was reportedly at the hospital because his girlfriend was in labor; he was alleged acting “odd and unreasonable” prior to the alleged attack. He then allegedly grabbed the arm of a nurse, made an “unintelligible statement,” and was asked to leave.  Instead, he reportedly started “running back and forth in the hall.”

When he saw a new mother with a baby in a carrier being discharged, he reportedly began staring at the child until the mother moved the infant out of view and he walked away. But a short while later, McCowan reportedly started sprinting at the mother and three nurses, pushing one of the nurses to the ground as he attempted to break into the locked nursery where newborns are brought.

Unable to get into the nursery, McCowan allegedly snatched the baby from the carrier and fled into a lactation room. A nurse reportedly told police that she gave chase and saw McCowan strangling the baby by the neck.

“Nurses said the infant’s face changed color from lack of oxygen before they were able to wrestle the baby away and remove him from the Lactation Room,” KMID reported.

A therapist who heard the commotion arrived at the scene and reportedly watched McCowan successfully force his way into the nursery. There, the therapist reportedly said McCowan began to strangle another newborn, placing both of his hands around the baby girl’s neck.

“McCowan then picked up the baby, who had since turned blue, by her neck and began to shake her,” KMID reported. “The therapist said McCowan said ‘die’ to the infant and made a move as if he were going to throw her to the ground.”

However, the therapist reportedly caught up with McCowan and tried to slowly bring him to the ground while simultaneously protecting the baby’s head. According to a report from Odessa American, the baby was “turning purple” when a security officer arrived and helped the therapist get the baby away from McCowan.

McCowan is currently being held at the Ector County jail. In addition to the attempted murder charges, he is also facing one count each of possession of a controlled substance, attempt to take a weapon from an officer, assault of a public servant, resisting arrest, criminal trespass, and assault. The controlled substance charge stems from officers allegedly finding a THC vape pen in McCowan’s possession, per the report.