Texas Man Allegedly Killed Himself After Shooting His Wife, Killing Her Mother, and Fleeing with 3-Month-Old Baby Boy 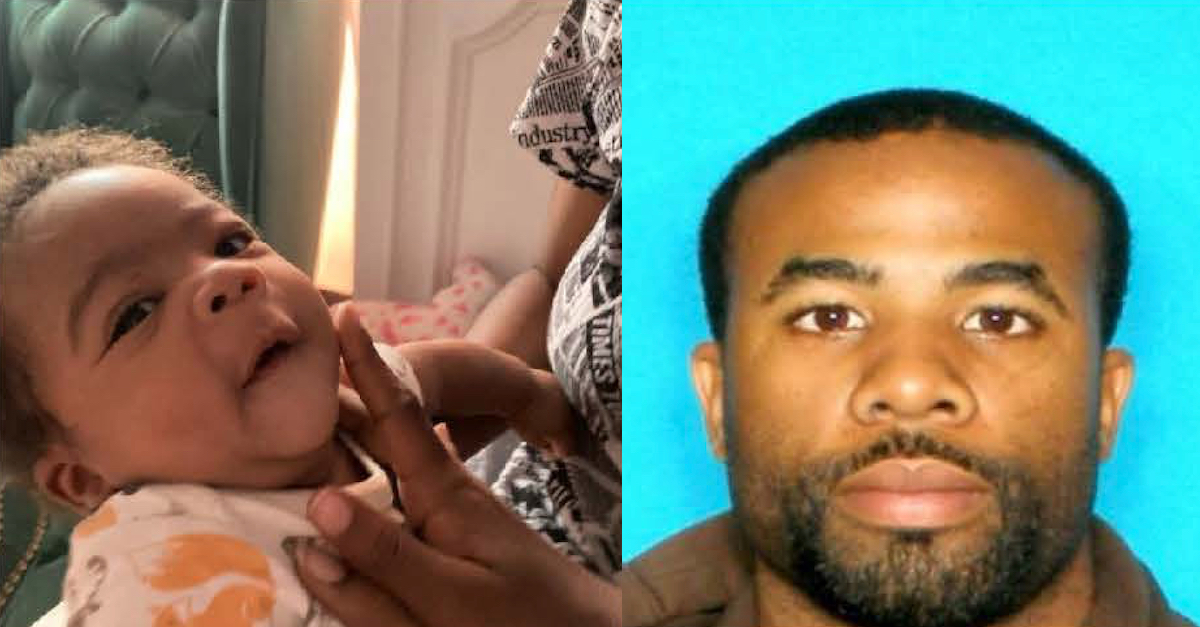 A Texas man is dead and the infant he previously abducted amidst a violent domestic rampage is now safe, law enforcement officers say.

Obinna Dwayne Igbokwe, 41, was identified as the suspect in a double shooting incident that left his wife critically injured and her mother dead on Wed., June 1. He has since shot and killed himself, according to Montgomery County Sheriff’s Office.

Law enforcement’s involvement began around 7:30 p.m. on the night in question when MCSO deputies arrived at a residence in Spring, Texas. There they found that Tangela Igbokwe, the deceased suspect’s wife, had been shot point blank in the head. She survived and is currently in critical condition. Her mother, Linda Larkins, who was also shot in the head, was pronounced dead at the scene.

According to Houston-based ABC affiliate KTRK, sheriff’s deputies said they believe the man shot his wife after she asked him for a divorce — and that the shooting occurred in front of his 14-year-old son. However, in a media advisory, MCSO spokesperson Steve Squier clarified that law enforcement believe “Igbokwe shot his wife and her mother after a dispute about child custody.”

After the gunfire, Obinna Igbokwe abducted and fled with his his 3-month-old son Mansa Igbokwe, prompting an AMBER Alert.

The suspect left the scene in a 2008 white Honda Accord and was last seen near I-45 and Highway 105, deputies said.

He was apparently heading north.

Right around midnight on June 2, 2022, MCSO detectives were contacted by officers with the Corsicana Police Department who had just come into possession of an infant baby boy.

The boy was Mansa.

Corsicana is roughly one hour south of the Dallas/Fort Worth Metroplex and nearly three hours north of where the since-shattered family lived in Spring, Texas.

“According to the Corsicana Police Department, a male dropped off the child in a car seat at a local hotel and said he would be right back, but never returned,” the MCSO wrote in a press release penned by Lieutenant Scott Spencer. “Since the male did not return the Corsicana Police Department was contacted and learned the male left in a white passenger car, which they believed to be Igbokwe.”

Two additional law enforcement agencies in the area were then advised to be on the lookout for the wanted man.

Ennis Police Department officers spotted the car just after 1:00 a.m. “and attempted to stop the vehicle,” the MCSO said, but the pursuit was “short.” Ennis officers allegedly saw the Honda stop in a parking lot where they “observed and heard a single gunshot come from the interior” of the car, the press release says.

“Law enforcement officers began life-saving measures and summoned medical personnel, but due to the severity of the injury Igbokwe succumbed to his wounds at a Dallas Hospital,” the press release continues.

The AMBER Alert has since been discontinued.

“Mansa Igbokwe is safe and unharmed and has been reunited with his family,” according to the MCSO. “Our hearts are with the family affected by this tragic and horrific crime and we are working with the victims to ensure they receive support and assistance.”