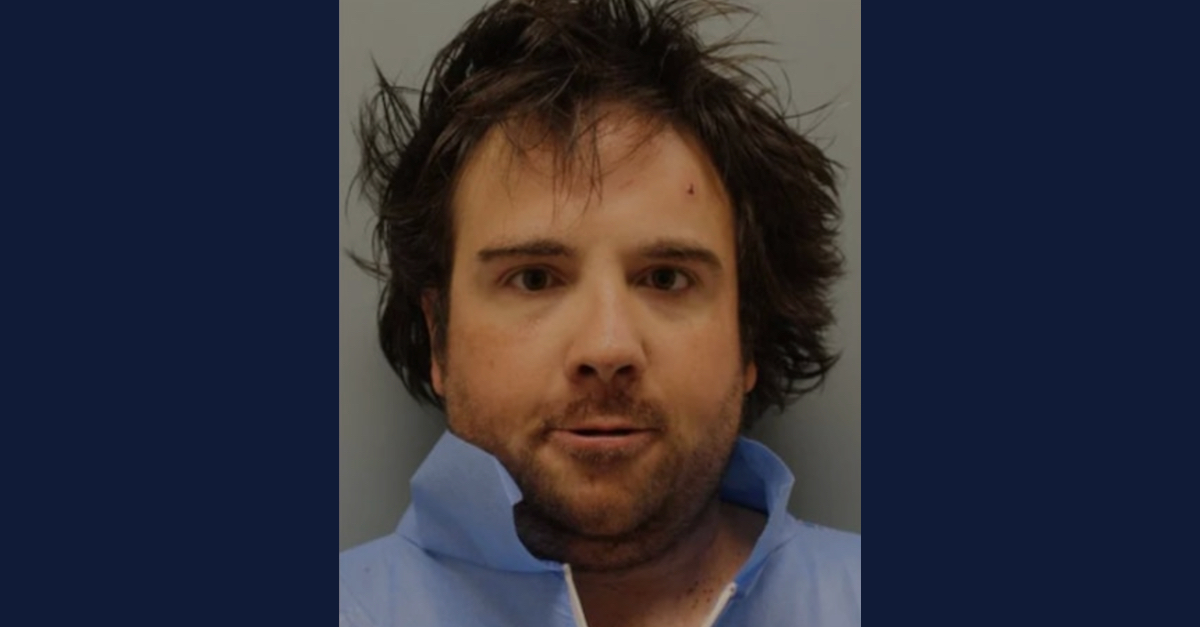 A Texas man allegedly admitted to killing his own grandmother in her home after he was arrested by sheriff’s deputies over the weekend.

According to the HCSO, family members told law enforcement they went to check on the grandmother earlier that day and saw through a window that she was deceased. Patrol deputies on the scene found that a sliding glass door to the residence had been shattered.

The victim, who was found on her own living room floor, appeared to have sustained “numerous blunt force injuries” during the attack that took her life, the HCSO said in a press release.

An investigation by HCSO Homicide and Crime Scene Investigators ensued. During the course of that investigation, law enforcement learned from family members that Chad Maydwell was already on the lam from deputies with the Grimes County Sheriff’s Office for the alleged aggravated assault of his father on March 7, 2022.

Subsequent interviews with neighbors of the deceased led deputies to learn that Chad Maydwell’s car had been seen at or near his grandmother’s residence the day before her body was discovered.

A warrant was issued for his arrest and the defendant was eventually apprehended, with the help of K-9 units and helicopters from multiple agencies, during the early morning hours of the next day in a wooded area just a few miles away from Juduth Maydwell’s home.

While being questioned by deputies, Chad Maydwell allegedly confessed to assaulting his father and killing his grandmother.

According to the HCSO, the defendant was initially booked on the lesser charge and scheduled to be charged with murder later.

Prosecutors immediately moved to have Chad Maydwell held without bail due to the fact that he is being charged with a crime punishable by death in the Lone Star State. A separate filing notes that “[i]n the year preceding the date of arrest, the Defendant has been determined to have a mental illness or to be a person with an intellectual disability.”

According to Assistant District Attorney Paula Hartman, the defendant “intentionally” caused his grandmother’s death “while in the course of committing and attempting to commit the burglary of [his grandmother’s] house “by striking [her] with an unknown object.”

Chad Maydwell is currently being detained in the Harris County Jail.

Harris County court records show that Chad Maydwell has a lengthy criminal record–including a recent charge for indecent exposure from earlier this year and two additional cases where he was accused of assaulting a family member from 2016 and 2018. The defendant’s first brush with the law appears to have been a 2012 DWI offense.

The most recent criminal complaint is available below: