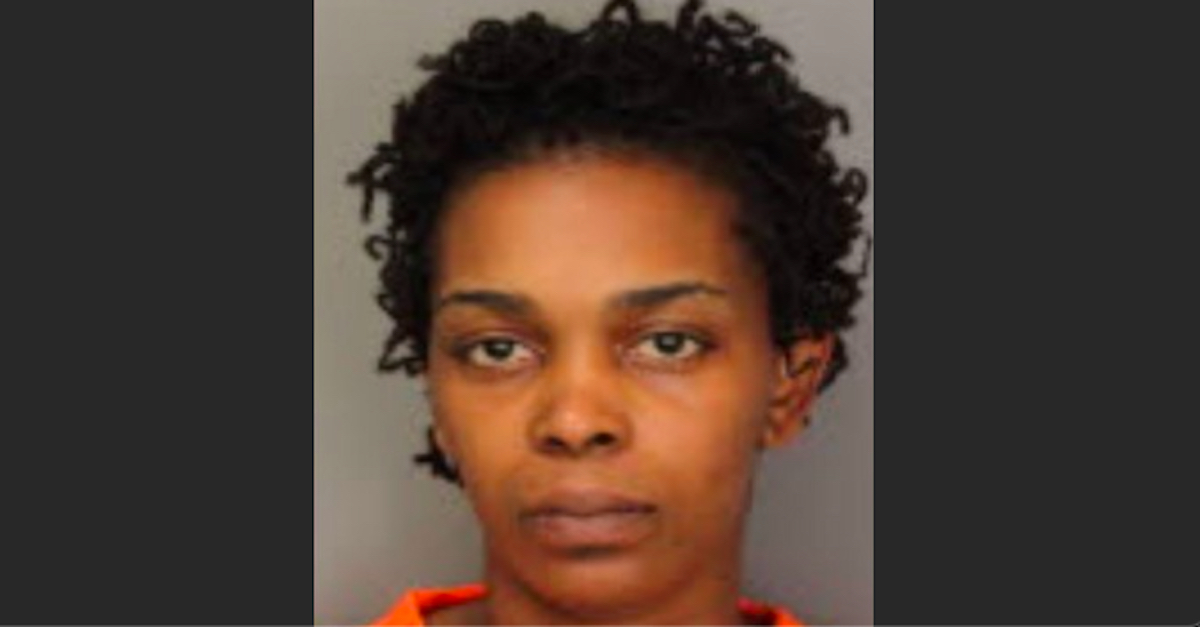 A Tennessee woman will spend more than half a century behind bars for fatally stabbing and slitting the throats of four of her five young children in 2016. Shelby County Criminal Court Judge James Lammey Jr. on Tuesday sentenced Shanynthia Gardner, 34, to life in prison with the possibility of parole in 51 years for the brutal slayings of her kids, all of whom were under the age of five, prosecutors announced.

Judge Lammey in December presided over a non-jury bench trial, during which she rejected Gardner’s attempt to employ an insanity defense. She insisted that Gardner was able to “appreciate the wrongfulness” of her actions when she repeatedly stabbed 4-year-old Tallen Gardner 3-year-old Sya Gardner, 2-year-old Sahvi Gardner, and 6-month-old Yahzi Gardner.

Gardner has remained in custody since her initial arrest in 2016, which Lammey said will count towards her overall sentence. That means the earliest Gardner will be eligible to be released is 2068.

Chief Prosecutor Eric Christensen of the District Attorney’s Special Victims Unit on Tuesday confirmed that because the state did not seek the death penalty, Judge Lammey handed down the maximum sentence to Gardner for her crimes.

“I think it’s a just sentence. I mean, we had four victims that were brutally stabbed and murdered, so I think it represents justice for those little babies,” Christensen said. “So we feel like it was a just sentence.”

Christensen also noted that the prosecution agreed to the sentence with Gardner’s defense attorney following her conviction.

While an appeal based on Gardner’s mental stability is likely, Christensen said he did not think there was much chance that Gardner will be successful on that front.

As previously reported by Law&Crime, prosecutors with the Shelby County District Attorney’s Office conceded that Gardner had a mental illness during the bench trial, but argued that she was still aware of what she was doing and that her conduct was wrong.

“Our position from day one is that she has a mental disease, but we’ve always felt that she could appreciate the wrongfulness of her actions,” Christensen said in December.

Deputies with Shelby County Sheriff’s Office on July 1, 2016, at around noon, responded to a 911 call about a possible stabbing at Gardner’s home. Upon arriving at the scene, first responders found four children who appeared to have suffered “severe stab wounds” and “severe lacerations to the throat.” They were all pronounced dead on the scene.

Gardner’s oldest child, 7-year-old Dallen Clayton, was able to evade his mother’s attacks and made it safely out of their Memphis apartment near Cross Road and East Shelby Drive.

According to a report from CBS News, two of the children—Yahzi and Sya—were found in the living room. Yahzi was reportedly still in her baby carrier while Sya was positioned alongside the carrier. Tallen and Sahvi were both found in the same bedroom.

After escaping the apartment, Dallen was reportedly able to flag down a pedestrian and tell the man that his mother had just stabbed his sister, according to a police affidavit. That man later told police that right after he was approached by Dallen, he saw Gardner exit her apartment holding a large knife in one hand. He reportedly said that after she spotted him, she turned around and went back inside of her apartment.

Following the horrific incident, the children’s father, Martin Gardner, reportedly told investigators that his wife had been having a rough time in recent weeks. He reportedly said Shanynthia thought “someone is trying to harm her and her family.”

“It was important for us to get justice for Martin Gardner and his four beautiful children – Tallen, Sya, Sahvi, and Yahzi,” Christensen said. “We returned a photo album to him that was taken into evidence. He was very emotional and said that’s all he had left, but that he’s glad she can’t hurt any more children.”