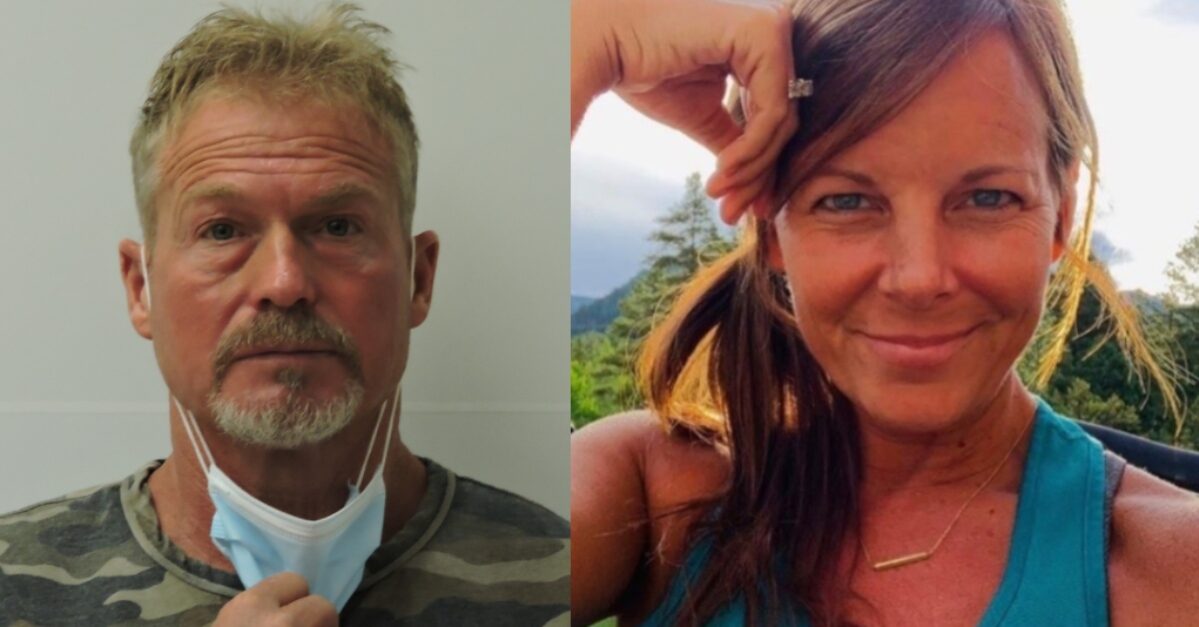 Charting marital problems that allegedly ended in deadly consequences, a hearing in Barry Morphew’s murder case featured revelations of his wife’s extramarital affair and her fear of a husband she depicted as a manipulative “Jekyll and Hyde.”

Suzanne Morphew, a mother of two who authorities say was murdered at age 49, allegedly planned to run away to Ecuador with former high school classmate John Libler, a married father of six with whom she had been carrying on a two-year-affair, a court heard during her husband’s preliminary hearing on Monday.

Barry Morphew reportedly denied knowing about the affair before his wife’s disappearance, and multiple family members had his back in court. But other testimony in a preliminary hearing described him as manipulative, depicting him as pitting his two daughters against the victim.

“I’d live in a shack right now… I’m sure he won’t make it easy. He has always wanted control,” Suzanne purportedly wrote.

The women had been friends for 30 years, according to the investigator’s testimony. In texts, Morphew described marital problems in great detail, saying Barry was “Jekyll and Hyde.”

According to Oliver, Barry Morphew allegedly forced Suzanne into a closet and put a gun to his head.

Agent Harris mentioned that Sheila told him in 2018, Barry allegedly pushed Suzanne into a closet and put a gun to his head and asked her if this is what she wanted.

Agent Harris said according to Sheila Oliver, Barry would try to get the girls on his side and pit the girls against Suzanne.

“He’s not stable,” Suzanne allegedly wrote to Sheila, as described in pool notes from Denver Post reporter Shelly Bradbury. Suzanne Morphew wrote that he “wrecked” a “peaceful, fun week” she had with her daughter.

“He looks for any reason to run,” Suzanne allegedly wrote. “It can be small and he blows up and takes off.”

She appeared frustrated with her husband.

“I can’t win with him,” she allegedly wrote. “He’s too good at the manipulation. I feel stuck.”

This testimony depicted Barry Morphew as engaging in a pattern of emotional coercion against his wife. Suzanne allegedly claimed that he would not let her leave the relationship.

“I just wish he would get fed up with me and let me get out of the marriage,” she wrote Oliver, according to testimony.

He allegedly wouldn’t, even leveraging her history as a two-time cancer survivor against her.

According to Harris, When Suzanne told Sheila that she wanted to leave Barry. He would respond by saying, “How would you pay for things, like your medical bills for cancer?”

Religious beliefs also stood in the way of the wife’s escape, the court heard.

Suzanne Morphew would go missing from Chaffee County, Colorado on Mother’s Day, May 10, 2020. Her whereabouts remain unknown, but authorities believe she is dead.

Barry Morphew’s alleged history as a manipulative bully ostensibly clashes with the public persona he displayed. He pleaded for Suzanne’s return in a video released before his arrest.

As described by Bradbury, defendant Morphew looked at people in the gallery and put his hand on his heart. His immediate family appeared to have his back.

He turned around to face his daughters, who were sitting behind him, according to ABC News’s Carol McKinley.

“He smiled from behind his mask, hands in pockets,” she wrote in pool notes. “They took off their masks so he could see their smiles. One of them showed him how long her hair had grown.”

Attorney Dru Nielsen discussed Barry Morphew calling Suzanne his “angel” and a “special, wonderful person,” according to Bradbury. Morphew reportedly dabbed his eyes with a tissue.

“I am constantly hounded by the question, ‘How did we get here?’ How does a man take the life of his wife and the mother of his daughters?” Moorman said in a statement to mark the one-year anniversary of his sister’s disappearance. “How do character flaws turn you into a murderer? Is it nature or nurture? Nothing I say here will change minds and I will leave it to the experts of FBI to outline at the trial the cunning personality traits of Barry Morphew. As we look toward the prosecution and a trial, we can only hope for full confession and learn the whereabouts of Suzanne. I doubt that will happen and we all will be left with hearing horrific details that were perpetrated by pure evil.”

Suzanne’s sister also believed Barry is the killer, though she cited her faith and expressed forgiveness.

“I think life happens,” Melinda Moorman told KCNC in a May report. “I think pressures and stresses in life — I think financial pressure bears in on people very heavily. It creates an atmosphere of discontent and strife and sometimes living beyond your means is a very hard thing to do . . . Learning to be content with what you have is a very powerful thing in this life, and it brings great peace, and I don’t think Barry and Suzanne had gotten there yet, and that’s what I think kinda happened — and I can’t really say more than that.”

Other testimony in Monday’s hearing covered how investigators began investigating Suzanne’s disappearance as well as the contents of a previously reported “spy pen” that purportedly included a recording of Suzanne arguing with her husband.

One recording that starts in the truck: Suzanne was arguing with Barry about money. Suzanne is also angry about what she can and cannot wear. This is according to Agent Harris.