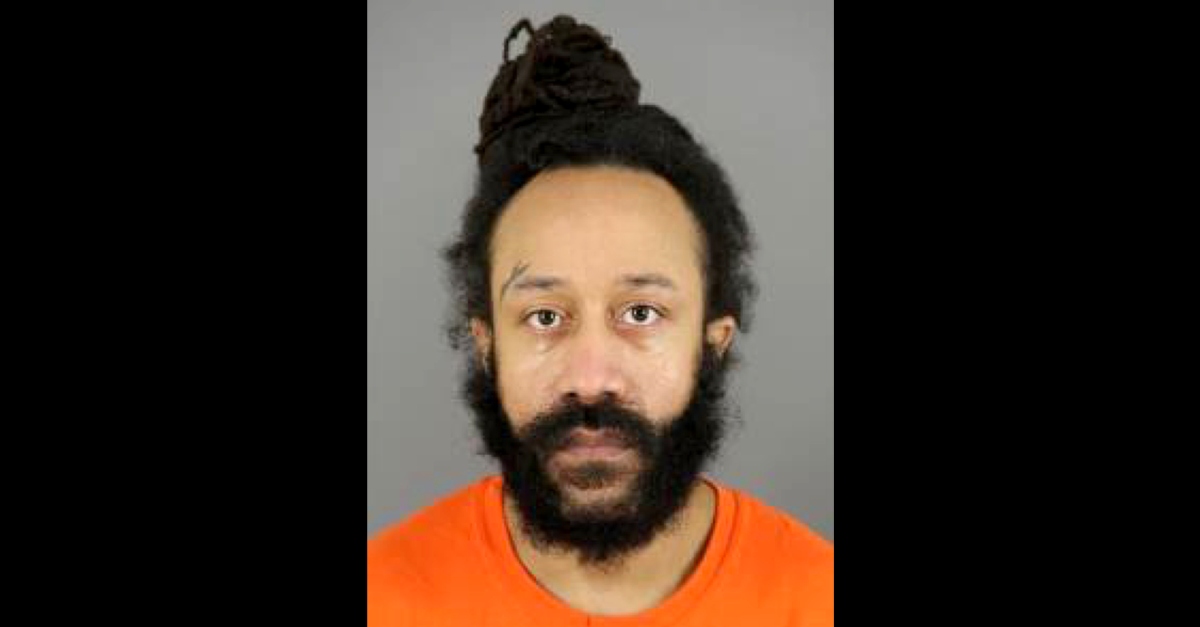 A man charged with ramming an SUV through a Christmas parade last year is formally fighting the charges against him. Darrell Brooks Jr., 39, pleaded not guilty Friday to a total of 77 counts for crimes including including first-degree intentional homicide, first-degree recklessly endangering safety, and hit-and-run involving death, according to local news reports — though court records show a total of 83 charges against the defendant.

This comes after 8 y/o Jackson Sparks died from his injuries last week, bringing the total # of fatalities to 6. #WaukeshaChristmasParade pic.twitter.com/Dfm7fC5zNX

Prosecutors have alleged that the police yelled at Brooks to stop, according to a Kenosha News report. Brooks did not heed those calls and instead zigzagged through the street for blocks until he ran over marchers, said police detective Thomas Casey at a separate preliminary hearing last month. Public defender Anna Kees reportedly said that Brooks told authorities he did not mean to kill anyone and that her client could not stand to look at photos of the scene. He could not turn away from the parade route because barricades and spectators blocked the way, Kees said.

You can see a red SUV speed right past these band members, hear screams and then a law enforcement officer running. @fox6now pic.twitter.com/8lO5oRuP1I

One man told me he saw about 30 people laying in the intersection of Main & Barstow.

Law enforcement are about to close down Main Street. @fox6now

Brooks’s ex-girlfriend told cops he gave her a black eye and split lip shortly before the incident at the parade, according to a report from Milwaukee FOX affiliate WITI. Brooks had been out on bail for allegedly punching her in the face and running her down with the SUV on Nov. 2. He was a registered sex offender in Nevada for impregnating a 15-year-old girl, but he allegedly no-showed court in 2016 after failing to tell officials he changed his address.

Brooks remains locked up in a Waukesha County jail cell on a $5 million bail, which is far greater than the $1,000 he previously posted for the Nov. 2 domestic violence incident.

District Attorney John Chisholm acknowledged the $1,000 amount attached to the Nov. 2 allegation was too low, but he said that the young prosecutor who suggested that amount did so because she did not have access to Brooks’s risk assessment, according to The Milwaukee Journal Sentinel. A pretrial services agency determined the defendant was a high risk for release. The relevant assessment document had not been properly uploaded to the state court system’s online case management system, Chisholm said. The court commissioner who approved the amount also lacked access to the risk assessment, he said. The median amount for similar cases was $5,000, according to the Journal Sentinel.

Brooks told WITI in a jailhouse interview that he felt “demonized” and “dehumanized.”

The defendant’s mother argued that the parade incident was the result of her son’s untreated mental illness.

“We are not making excuses but we believe what has happened is because he was not given the help and resources he needed,” the mother said in a statement obtained by WDJT.

Institutions that are equipped and have trained staff is what was needed as well as resources in the communities where people who suffer with mental illness live. Jail is not the answer, because they get released back in society sicker than what they were when they entered. We all see what a tragedy that can turn out to be. We as a society must take mental illness seriously by fixing a broken system or suffer the consequences, sad as it is to say what happened in Waukesha will keep happening all over this country, in one form or another with more [innocent] lives lost and grieving families and communities.

The defense is seeking a change of venue away from Waukesha County or at least a pool jurors from another part of the Badger State.