Self-Proclaimed Member of ‘Trump’s Army’ Must Report to a Federal Penitentiary for Jan. 6 Capitol Breach 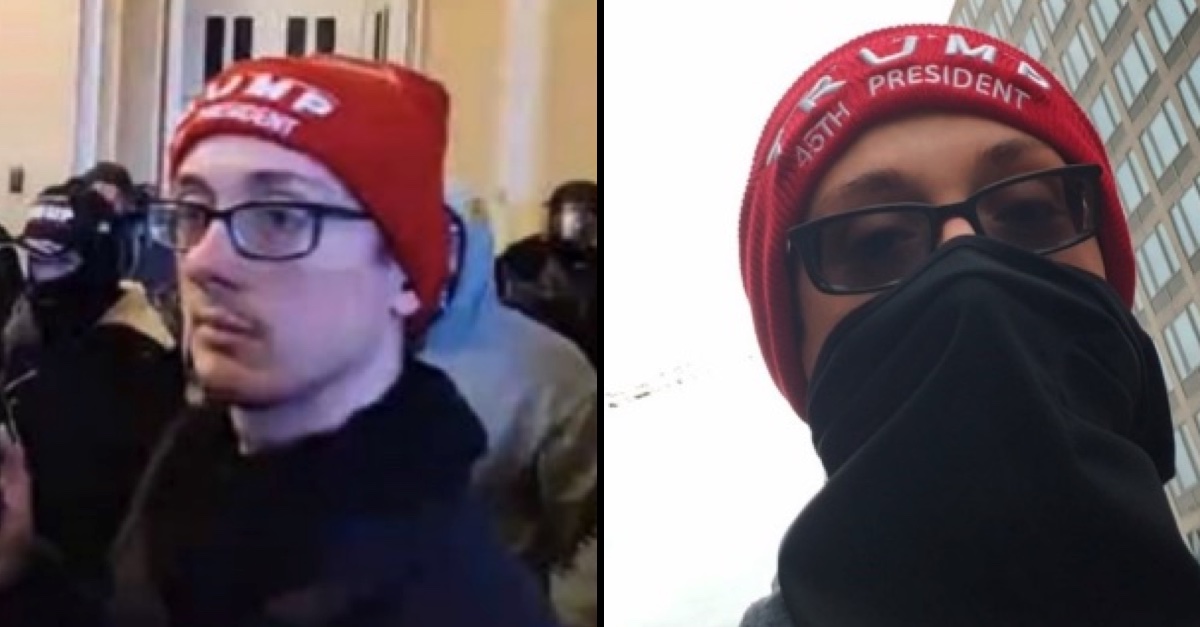 An Indiana man who declared himself a member of “Trump’s army” before entering the U.S. Capitol through a broken window and taunted police once inside on Jan. 6 has a new place to report — a federal penitentiary.

His short 30-day sentence, recommended by prosecutors and granted by a judge on Friday, reflects the relatively meager misdemeanor count of conviction for parading, demonstrating or picketing inside a Capitol building.

Joshua Wagner, 24, drove from Indiana to Washington with two friends—including co-defendant Israel Tutrow, who received a non-jail sentence—to attend Donald Trump‘s so-called “Stop the Steal” rally on Jan. 6. They arrived late and missed Trump’s speech, but they joined the crowd of supporters heading toward the Capitol, as Trump himself had encouraged.

On the way, Wagner and Tutrow commented on the scene around them and wondered how serious things would get as the crowd looked to stop Congress from certifying Joe Biden‘s win in the 2020 presidential election.

Once he reached the Capitol building, Wagner crawled in through a broken window near the Senate Wing door. Once inside the Crypt, he joined the crowd in chanting “U.S.A.” and “fuck Joe Biden.”

When a police officer asked him to move, Wagner initially responded “This is our house,” but eventually followed the officer’s instruction to move toward the center of the room.

But as he later made his way toward the exit, Wagner was a bit more confrontational.

He questioned whether an officer “was on our side,” and suggested that if the officer was not on the rioters’ “side,” the officer would be failing to fulfill his oath to “protect this country from enemies foreign and domestic.”

Even as he climbed out a broken window to exit the building, Wagner encouraged other rioters to enter the Capitol and “fight,” vowing to come back.

At Wagner’s sentencing hearing on Friday, U.S. District Judge Amy Berman Jackson emphasized that Wagner’s political views are not the reason for his punishment.

“You are not here today because of your heartfelt view that you supported the former president,” Jackson said, calling back to a statement from Wagner’s lawyer that Wagner came to Washington because he had a “heartfelt political view.”

“You are not even here today because you used strong language in chanting about the current president. You are not being prosecuted for your speech,” Jackson continued.

Instead, Jackson said, Wagner was facing the consequences of being an “enthusiastic participant in an effort to undermine the electoral process.”

“America’s standing in the world may never recover,” Jackson, a Barack Obama appointee, continued. “The one thing we’re supposed to stand for is the peaceful transition of power. That foundation of our existence is now badly cracked.”

Although Wagner did not engage in violent or destructive behavior inside the Capitol, Jackson said that he knew he wasn’t allowed to be there in the first place.

“Going in through broken windows is not how you enter a federal building,” she said.

Jackson said that she would allow Wagner to self-surrender after his place of incarceration is determined.

During the hearing, Jackson briefly touched on the issue of so-called “split sentences,” a potentially looming legal issue in Jan. 6 cases. Prosecutors in some of the Jan. 6 misdemeanor cases have recommended a period of incarceration followed by probation, but this may stand on shaky legal ground. It’s unclear whether the federal probation statute allows for such a sentence, and no judge on the D.C. circuit has ruled definitively on the issue so far.

On Friday, Jackson kicked the matter down the road, saying that since she had a “variety of options that don’t involve this issue, I will leave this for another day.”