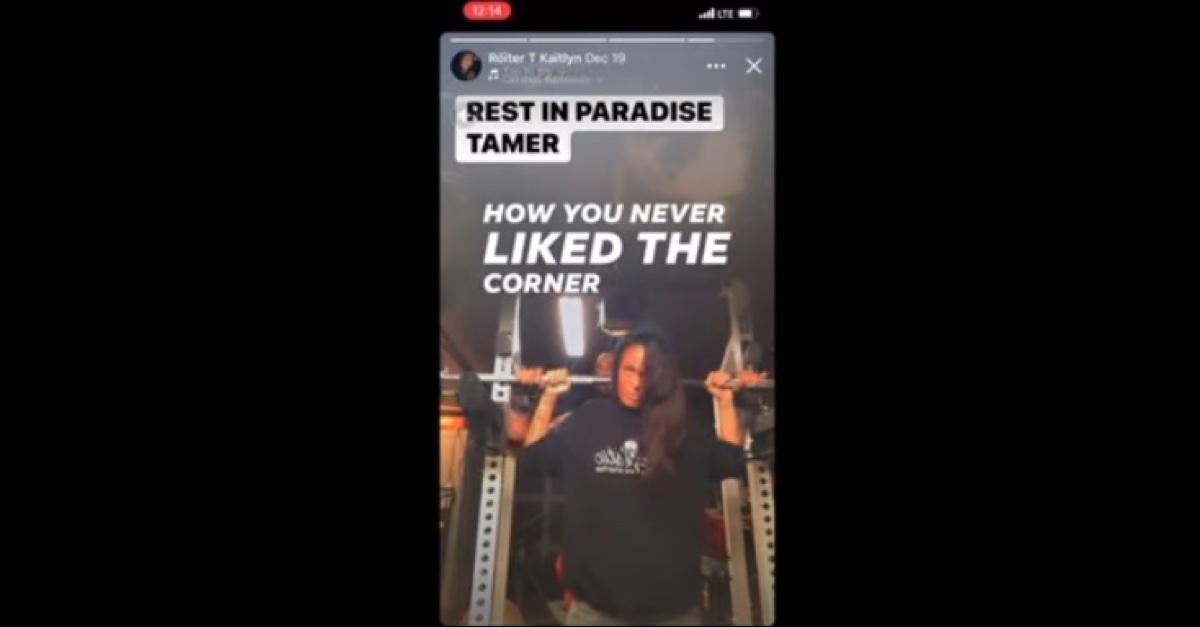 A woman charged with killing a fitness trainer in his Staten Island home posted a tribute video on social media of the two of them working out just days after he was shot to death.

Tamer Shaarawy, 38, was killed on Dec. 16. First responders found him shortly after 1:30 a.m. at his home, suffering from a gunshot wound to the shoulder. He was pronounced dead after being rushed to the hospital.

According to the NYPD, Shaarawy was shot during a “home invasion robbery.” Authorities originally thought that two male suspects were responsible, but they ultimately arrested a man and a woman in connection with Shaarawy’s death.

Nathaniel Morton, 40, and Kaitlin Reuter, 35, were arrested on Jan. 27 and charged with murder and robbery, according to the NYPD.

Now, a video has surfaced appearing to show a tribute from Reuter to the man she’s accused of killing.

“Rest in paradise Tamer,” Reuter apparently posted to Instagram on Dec. 19, according to a report by the Staten Island Advance.

The video under the text appears to show Shaarawy helping Reuter through a weight lifting exercise. According to the report, the video was recorded inside Shaarawy’s basement.

In text accompanying the video, Reuter appears to be pondering her own role in Shaarawy’s death:

So, just remember who you are

How you were never one for folding

How you never liked the corner

How the dark don’t even know ya

Would you believe me in the car?

What if i never dropped you home?

What if we drove until the morning?

According to a story in the New York Post, Reuter and Morton took a chain off Shaarawy’s neck before fleeing the scene.

In a December story about Shaarawy’s death, the New York Daily News described him as a weight-lifting enthusiast who posted videos of his workouts on Facebook.

The Daily News reported that Shaarawy was also a father to two young children. Just two days before his death, he posted a picture of himself and his two young kids to social media. Shaarawy was smiling, and captioned the photo: “ALL I NEED.”

Another neighbor remembered Shaarawy as a “pillar on our block,” according to the Daily News.

“He was the guy who watched everyone’s kids,” Maria Dubovic, 40, told the Daily News, recalling a time when Shaarawy helped her moved a 500-pound treadmill into her home. “He was the most helpful neighbor there is.”

Dubovic described the block where Shaarawy lived as tight-knit, with neighbors all on a first-name basis with each other.

“We don’t even lock our doors in this neighborhood,” Dubovic told the Daily News. “It’s like your typical American dream.”

The Daily News reported that Shaarawy’s killing is the first homicide in Staten Island’s 123rd Precinct since 2019.

New York Department of Correction records show that both Morton and Reuter are currently in custody. Reuter’s next court appearance is set for March 7.