Arkansas Teen Who Recorded Himself Raping 7-Year-Old Boy ‘Because He Was Curious’ Also Told Cops ‘He Was Not Attracted to Children’: Affidavit 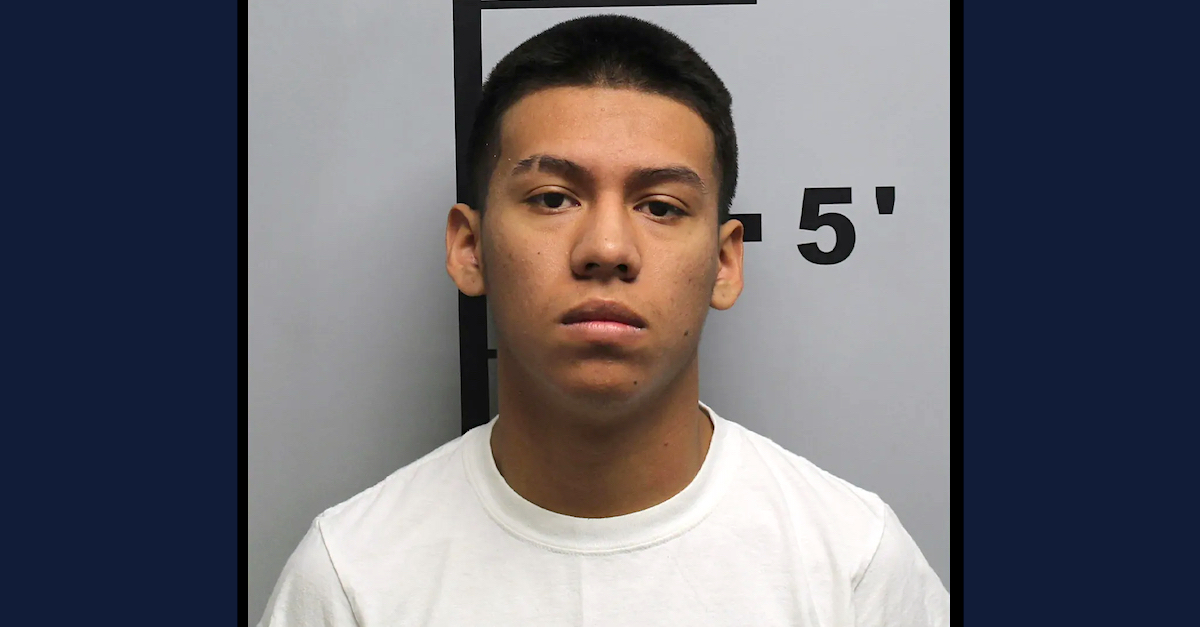 An 18-year-old in Arkansas is behind bars after police say he recorded video of himself raping a little boy and then sent the footage out on social media. Noel Bonilla-Jimenez was taken into custody on Jan. 27 on suspicion of two counts of rape involving a victim under 14, according to court documents and jail records reviewed by Law&Crime. The defendant was also accused of one count of using a computer to exploit a child and two counts of possessing, distributing and viewing child pornography.  The charges are docketed in two separate actions in Benton County, Ark.

According to court papers, an officer with the Rogers Police Department in June 2021 received several tips from the National Center for Missing and Exploited Children (NCMEC) regarding suspicious material being uploaded by a social media user.

The first tip came to the NCMEC directly from Instagram, per a probable cause affidavit. The company indicated that a user shared a video file with another user that contained a digital fingerprint known as a hash value. The file was previously flagged as Child Sexual Abuse Material (CSAM) involving a prepubescent female engaging in sex acts with an adult male. The following day, another user reportedly shared the video, again resulting in the social media company flagging the video.

Court records say a similar series of events were flagged by Snapchat when a user attempted to share the same video on that platform.

In these instances, the social media companies shared the users’ names, phone numbers, and other account information with the NCMEC; that organization then shared it with the local authorities. Investigators were then able to trace the user’s cell phone and identified the device’s owner as Bonilla-Jimenez.

A detective was able to contact the woman in December, the records continue. She allegedly said she had recently met Bonilla-Jimenez at work and that they exchanged Snapchat information. The woman said that she checked the defendant’s account and saw videos that appeared to show the defendant receiving a sex act from “a prepubescent male.” The tipster saved the video to turn it over to police, the documents say.

The detective watched the video and confirmed that “a Hispanic male, later identified as Noel Bonilla-Jimenez” was the man depicted with the child.  The child was referred to in the court record as John Doe-8.

“In the video clips I could hear Noel telling John Doe-8 to ‘show your face’ as he was recording,” the document says.

Bonilla-Jimenez’s mother reportedly viewed the video in the presence of police and she confirmed that the adult in the video was her son. She identified John Doe-8 and said the victim appeared to be seven years old when the video was shot. She also indicated that the recording appeared to have been shot in a bathroom inside of her home.

Police arrested Bonilla-Jimenez. Court records say he initially denied knowing the boy during interviews with investigators. He then allegedly confessed to engaging in and filming the alleged rapes. He told investigators that he and the child had “already discussed and dealt with the incident” and conceded that the detectives “basically know everything.”

Per the affidavit, Bonilla-Jimenez admitted that he had sexual encounters with the boy approximately three times, at least one of which took place in his vehicle while parked in the driveway of his home.

“Noel told me that he had John Doe-8 perform oral sex on him because he (Noel) was curious,” the affidavit says. “Noel stated he was not attracted to children and he would not offend on another child.”

Bonilla-Jimenez also claimed the videos were several years old and that he hadn’t seen John Doe-8 in approximately four or five years, the court records indicate.

“John Doe-8 was later interviewed at the Children’s Advocacy Center and he did not disclose any sexual abuse,” per the affidavit. “When the interviewer asked about seeing a video with him in it, John Doe-8 began to cry and said he wanted to leave the room.”

After the interview, John Doe-8’s mother confirmed that her son was the boy depicted in the footage performing oral sex on Bonilla-Jimenez. She said the video appeared to have been filmed last year, when her now-8-year-old child was seven. Investigators believe Bonilla-Jimenez was “approximately 17-years-old when he raped John Doe-8,” the records continue.

A search warrant was obtained and executed for several of Bonilla-Jimenez’s electronic devices. A forensic search of two cell phones, an iPad, a desktop computer, and two flash drives revealed the video on more than one device. One of the phones reportedly showed that he also sent the video to someone using WhatsApp with accompanying text that read “7-year-old boy.”

Bonilla-Jimenez was taken into custody and processed at the Benton County Detention Center. His bond was set at $250,000. He is currently scheduled to appear before Judge Robin Green in Benton County Circuit Court on March 17 for his arraignment.