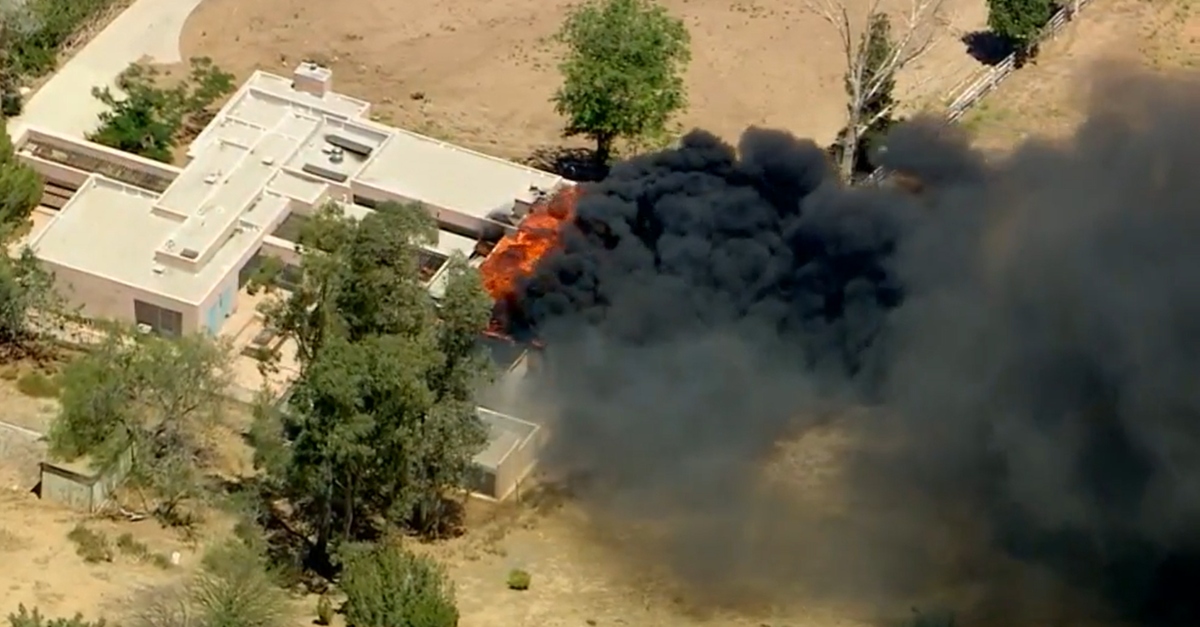 A suspect shot and killed a firefighter at a fire station, fled the scene, and then set fire to a residence, according to Fox 11 Los Angeles. Reports have been light on detail so far. The male shooter was a firefighter, said a source for The Los Angeles Times. Property records reportedly show that a veteran county firefighter owned the home in question.

The slain victim was a 44-year-old man and 20-year veteran of the department, said Los Angeles County Fire Chief Daryl Osby in an update Tuesday afternoon. He was remembered as a “brave, committed, loyal member” of the department.

Osby said the other injured man was a 54-year-old fire captain, NBC Los Angeles reported. He was reportedly shot and is in the hospital in critical but stable condition.

Fire officials did not initially clarify the nature of the shooting or say how many people were hurt. The names of the victims and of the suspect are publicly unknown.

“It is with heavy hearts that the LACoFD confirms that a tragic shooting occurred at approximately 10:55 a.m. today at FS 81 in Agua Dulce,” the Los Angeles County Fire Department said in an early statement to Twitter. “The Dept. is still in the process of gathering additional information & are cooperating with law enf. throughout this ongoing incident.”

Agua Dulce is a neighborhood in Los Angeles County.

Update: One firefighter was killed and another was injured when a gunman opened fire Tuesday morning at a fire station in the Agua Dulce area, officials said.
https://t.co/GZIWg1O2DT

He seemed to have had a self-inflicted gunshot wound to the head, said Los Angeles County Sheriff Alex Villanueva, according to The Associated Press. The reported narrative from authorities is that this suspect was off-duty when he shot the 44-year-old firefighter, wounded the captain, and barricaded himself at his home, which ended up on fire.

“He was not scheduled to work today. He came back and confronted the on-duty personnel,” Fire Chief Osby said, per the AP. “I cannot speak to the mindset of the shooter. I can say that it’s very tragic and sad that that would be a decision point of one of the members of the Los Angeles County Fire Department.”

I am currently on my way up to the fire station in Agua Dulce. We have limited information at this time and will share as we learn more. My heart is with our @LACOFD firefighters and the families of those affected. https://t.co/BHuPWe8UwW

My most sincerest condolences to the family of the firefighter who was tragically killed in today’s shooting at Fire Station 81 in Agua Dulce. My thoughts are with our @LACOFD family. At my direction, flags will be flown half-staff at all County buildings. https://t.co/wgxhxH8La8