Virginia Man Sentenced for Murdering Girlfriend and Their Two Infant Children, Beating All to Death Over the Course of a Year 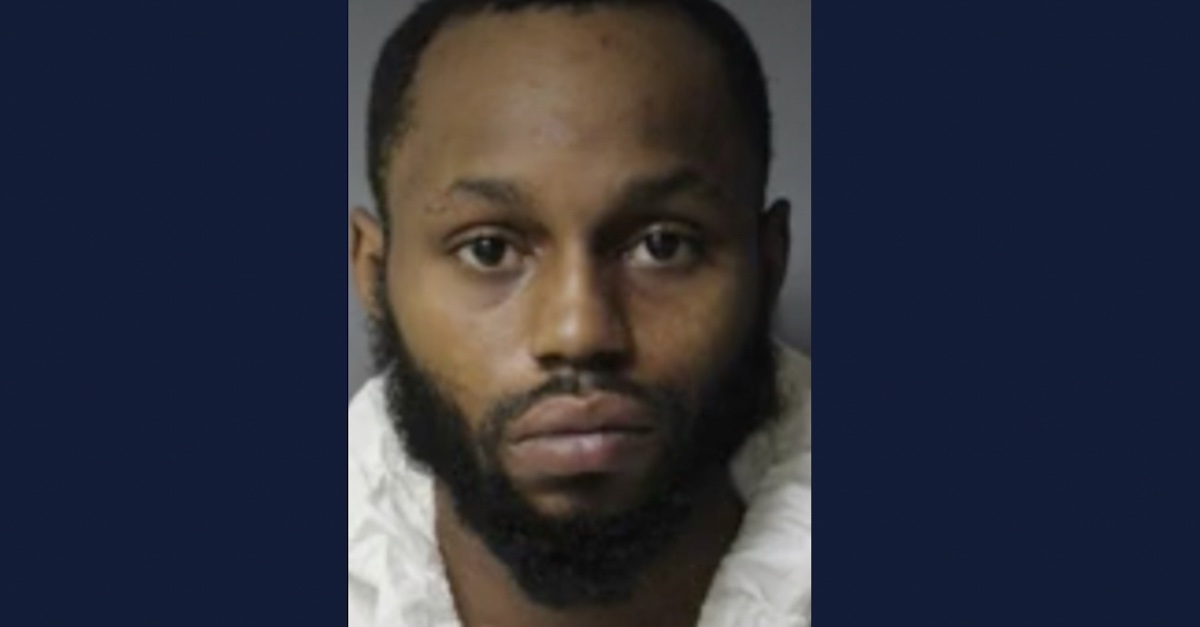 A judge in Virginia ordered a 27-year-old man to spend five decades behind bars for the brutal murders of his girlfriend and their two infant children, prosecutors announced. Norfolk County Circuit Court Judge Jerrauld C. Jones on Friday handed down a 50-year prison sentence to Duwayne Warren for killing his infant daughter Evonne Warren in December 2019, and slaying his infant son Damere Warren and the children’s 22-year-old mother Epifani Andrews roughly a year later.

As previously reported by Law&Crime, Duwayne in November 2021 pleaded guilty to three counts of second-degree murder for the deaths of his two children and their mother.

According to a press release from the Commonwealth Attorney’s Office, Norfolk Emergency Services personnel on Dec. 19, 2019 responded to a call about a baby not breathing at the home of Jones and Andrews located in the 300 block of Hicks Avenue. Upon arriving at the home, first responders found 12-week-old Evonne unresponsive. Medics pronounced the infant dead at the scene.

Duwayne told investigators that he had been co-sleeping with Evonne and woke up to find the child “cold to the touch and unresponsive,” prosecutors said. The child’s body was transported to the Children’s Hospital of the King’s Daughters where officials completed a Child Abuse Program (CAP) consultation report and performed an autopsy.

The doctor who completed the CAP report determined that Evonne died with a slew of internal and external injuries, including “multiple healing blunt force injuries to her head and neck; bilateral rib fractures in different stages of healing; healing injuries to her liver, spleen, colon, and stomach; and triangular abrasions on her right cheek characteristic of injuries caused by an adult’s fingernails,” per the prosecutor’s office.  The child was also severely underweight due to nutritional and medical neglect and showed injuries “indicative of intentional smothering.”

The doctor who performed the anthropological exam found Evonne suffered trauma consistent with someone squeezing her ribcage as well as additional evidence of abuse throughout Evonne’s short life.

“At the time of Evonne’s death, she suffered an additional greenstick fracture to one of her ribs, which was unhealed when the doctor examined her body,” the prosecutor’s office said. “The examination also determined that Evonne suffered tear-like fractures to the knee-ends of both her thigh bones characteristic of injuries caused by someone forcefully pulling and rotating the limbs.”

Duwayne and Epifani both denied abusing the child. Evonne’s cause of death was official listed as “undetermined but suspected to be asphyxia due to evidence of smothering” because the medical examiner who performed the autopsy was unable to rule out the child’s death being caused by co-sleeping with an adult.

No arrests were made in connection with Evonne’s death.

According to prosecutors, Epifani Warren on Dec. 29, 2020 went to Duwayne’s home in the 9500 block of Sixth Bay Street to pick up their 14-week-old son Damere. At some point after Evonne’s death, Duwayne had moved out of the home he previously shared with Epifani and was watching Damere in his new apartment over the Christmas holiday.

Prosecutors said that Duwayne led Epifani to a backroom in the apartment telling her that Damere was already in his car seat. However, Duwayne had already beaten the infant to death and upon getting Epifani into the back room, he proceeded to stab her at least 25 times. Epifani attempted to flee but Duwayne caught up with her near the front door of the apartment where he “proceeded to beat [Epifani] in the face with a sound bar to the point where she was unrecognizable.”

“Damere’s autopsy showed that [Duwayne] had inflicted on him extensive bruising deep into his soft tissues; bruising and swelling of his scrotum; what appeared to be a bite mark to his leg; several scrapes; three more broken ribs; bleeding inside abdomen; and internal injuries to his liver, adrenal gland, bowel, and brain,” prosecutors said.

“[Epifani’s] autopsy showed that [Duwayne] had stabbed her in her face, scalp, neck, chest, arms, and right hand. [Duwayne] had severed [Epifani’s] cervical spinal cord and punctured her lung, leading to bleeding in her chest. Either of the wounds alone would have caused her death. The beating [Duwayne] inflicted on [Epifani] was also so severe that it alone would have killed her, and the damage he caused required the medical examiner to confirm [Epifani’s] identity using her dental records.”

Officers responding to the scene said they found Duwayne “covered in blood” before he confessed to the killings. He did not provide a motive for the murders other than to say he is “always angry,” prosecutors said.

“I murdered her. I love her, though. I don’t know why I hurt her,” he told investigators.

“My babies I love yall I’m so sorry. I pray God takes care of them,” the post read. “Piff I love you so much n I’m sorry for not being a better and loving father to our babies, may they RIP. I took everything from you and all I wanted to do is give you the world.”

Duwayne additionally told investigators that he was responsible Evonne’s death over a year earlier, admitting that he squeezed her, per prosecutors.

“There is no soul more innocent and worthy of love than a baby’s,” Commonwealth’s Attorney Ramin Fatehi said in a statement. “Evonne and Damere deserved love, care, and affection, and in the short but terrible weeks that they lived, Duwayne Warren inflicted on them nothing but suffering and pain. Their mother Epifani lived a life too short and suffered a terrible death at the hands of the man who claimed to love her. Duwayne Warren will probably spend the rest of his life in prison, as he deserves. I only wish that there were some way to bring Epifani and her babies back.”