‘So I Lost It’: Minnesota Man Allegedly Hacked 93-Year-Old Grandma to Death with Hatchet, Believing She ‘Altered the Bacon He Was Eating’ 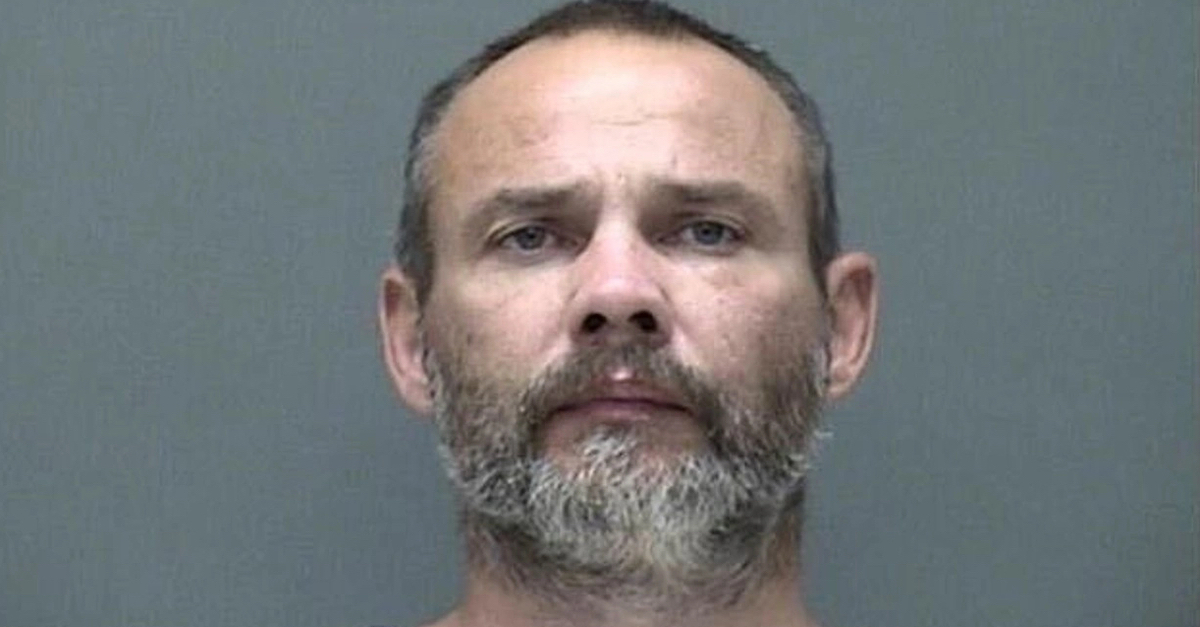 A 42-year-old man in Minnesota is behind bars for allegedly hacking his 93-year-old grandmother to death with a tomahawk-type hatchet, believing she had “altered” his bacon. Dustin Gene Tinklenberg was taken into custody on Tuesday and charged with one count of second-degree murder in the slaying of Stella Anderson, authorities say.

According to a press release from the Kanabec County Sheriff’s Office, deputies at approximately 12:30 p.m. on Sept. 13 responded to a request for a welfare check on a single-family residence located in the 1300 block of Highway 23 in Ogilvie. Upon arriving at the scene, first responders entered the home and found Anderson “deceased of obvious homicidal violence.”

According to a copy of the criminal complaint obtained by Minneapolis/St. Paul-based news outlet Bring Me the News, Anderson’s body was discovered by her daughter and at least one other family member, who then placed the 911 call.

Two of Anderson’s great-grandchildren reportedly told investigators that on the evening of Sept. 12 they went to Anderson’s home to pick up something from someone who was camping on the property. While outside of the home, one of the great-grandchildren said she heard shouting coming from inside. Minutes later, she was getting back into her car when she reportedly observed Tinklenberg on the deck just outside of the house.

The great-grandchild reportedly said that Tinklenberg “seemed to be upset,” noting that “his fists were closed/clenched” and he “was looking over the deck yelling at something,” per the affidavit.

Police reportedly located Tinklenberg at a home nearby, where he was taken into custody.

An autopsy conducted by the coroner’s office determined that Anderson’s manner of death was a homicide caused by “horrific sharp force injuries” that included “seven cuts to her head from a tomahawk type hatchet,” Bring Me the News reported.

Investigators reportedly soon learned that Tinklenberg was regularly observed with a hatchet in his possession. Witnesses relayed to police that Tinklenberg in early 2021 got into a dispute with an employee at Fat Jack’s bar in Bock and slammed the small ax into the wood bar. Two local homeowners also told police that Tinklenberg visited their home on the Monday before the killing and showed that a sheathed double-edge hatchet, according to a report from CBS News.

Tinklenberg then continued to make a series of increasingly bizarre allegations.

According to Bring Me the News, Tinklenberg told investigators that he was constantly being followed by drones and been subjected to multiple surgeries that he did not even remember happening.

“Tinklenberg then proceeded to lift up his shirt to show them the scars – no scarring was observed,” the complaint reportedly states.

When confronted with the news that his grandmother had been killed, he allegedly told police that she had “somehow manipulated/altered the bacon he was eating,” adding, “so I lost it,” the complaint reportedly states.

If convicted, Tinklenberg faces a maximum of 40 years in prison.